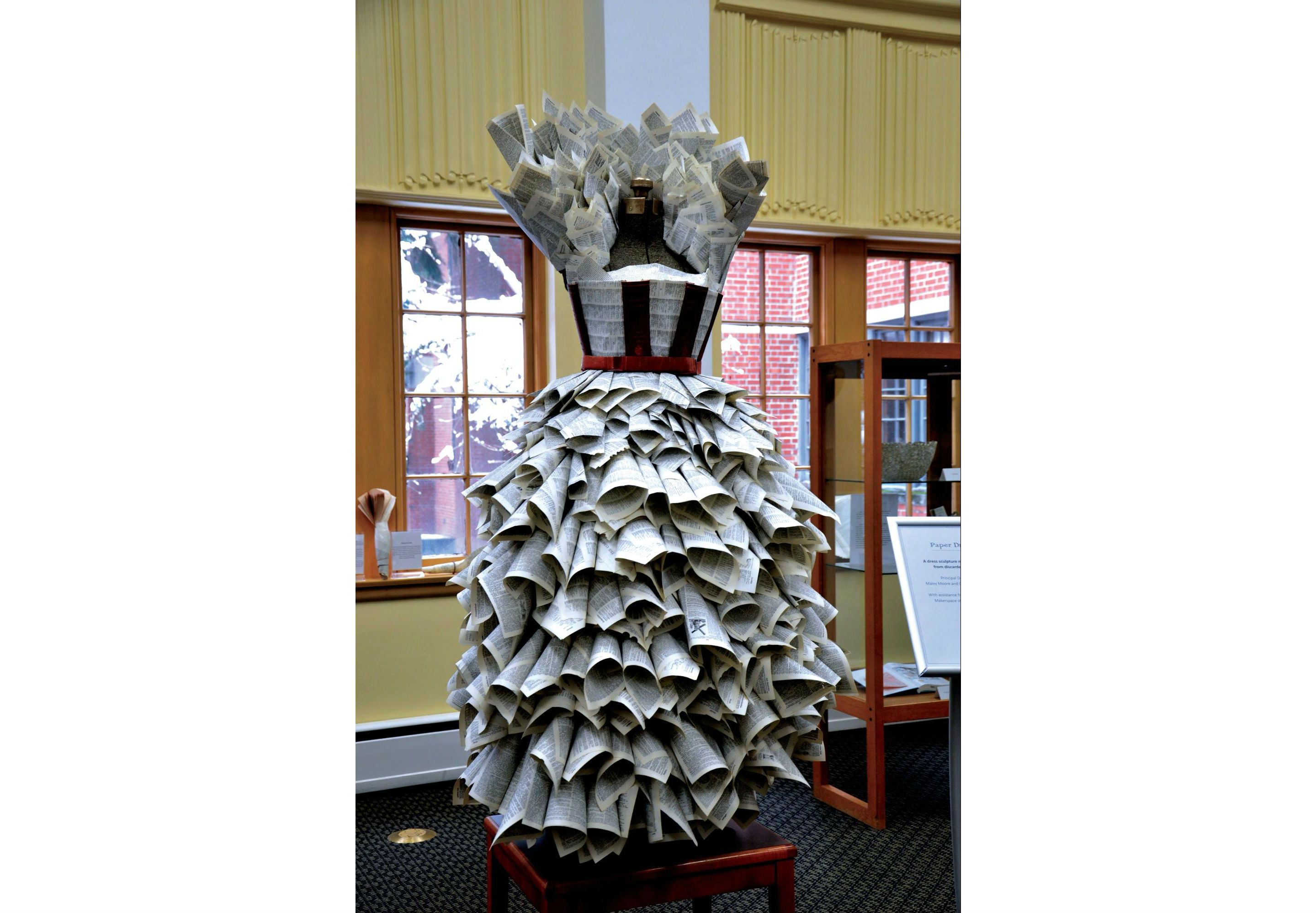 The development of the Internet took the world by storm and began to completely reshape society in the early 2000s. Because of it, books, newspapers and all kinds of physical printed media have slowly become obsolete. Because of the Internet, we no longer have as great a need for things like books and printed copies of newspapers as we once did. Everything is just a few taps on a touch screen or a few clicks on a keyboard away.

The exhibit “Transforming Knowledge: Altered Encyclopedias” directly addresses the subject of the obsoletion of books in our increasingly technological world. According to the description of the exhibit in the events calendar, artists from Tacoma (including students of the University of Puget Sound) and the South Sound area were asked to transform volumes of the Encyclopedia Britannica from University of Puget Sound’s Collins Library into works of art.

“This exhibit provides the opportunity to reflect upon our relationship with the printed word and the future of libraries,” the description reads. The exhibit features a wide array of works, ranging from a manufactured laptop to a kimono.

The most eye-catching piece of the exhibit, however, is the life-sized dress that towers over the viewer from its perch on a small pedestal. The placard next to the piece, titled “Paper Dress,” proclaims that the work is “a dress made entirely from discarded books” and that it was made almost entirely by University of Puget Sound Makerspace student employees.

One of the principal designers of the piece, University of Puget Sound student and Makerspace employee Carlisle Huntington, stated that one of the library directors, Jane Carlin, wanted a piece that could showcase the talents of the Makerspace employees.

“The paper dress took three months of consistent work from a team of about five people. The inspiration behind it was that I wanted to make a sculpture and really play with the dimensions of paper and see what I could do with it,” Maloy Moore, another principal designer of the dress, said. “It was made from chicken wire and rolled paper cones made from pages from recycled journals in the library.”

Another striking piece is the paper statue of Lady Britannica done by Jan Ward. The work features a paper rendition of a so-called ‘Lady Britannica’ who stands in a Victorian-era styled dress with her hands spread at her sides, almost as if she is about to hug the viewer.

Two crows rest at her sides, and at the foot of her dress stands a placard that reads: “I, Lady Britannica, know that my time has come. The knowledge within me may be discovered again, Be it in some newfangled way that doesn’t include trees Rather something scarcer like rare earth. Regardless of form I give you warn – Someone needs to keep track of the norms. Without them it will be pure chaos!”

The work conveys acknowledgement and acceptance that the era of printed media is coming to an end — something that society as a whole has yet to agree on. While the statement on the placard starts off as somewhat positive, it takes a cautionary twist to remind the viewer of the dangers that come with neglecting the knowledge that she contains.

Her heavily lidded eyes, messy, frizzy hair and paper halo that surrounds her upper half with spiky and abstracted white paper shapes all contribute to the somewhat unsettling aura that she radiates. That aura is emphasized by the urgency of the warning in the last half of the statement.

The piece as a whole adds to the almost melancholy tone created by the exhibit’s acknowledgement of the end of the reign of printed media. The exhibit will be up during the library’s regular operating hours until May 12, 2019.