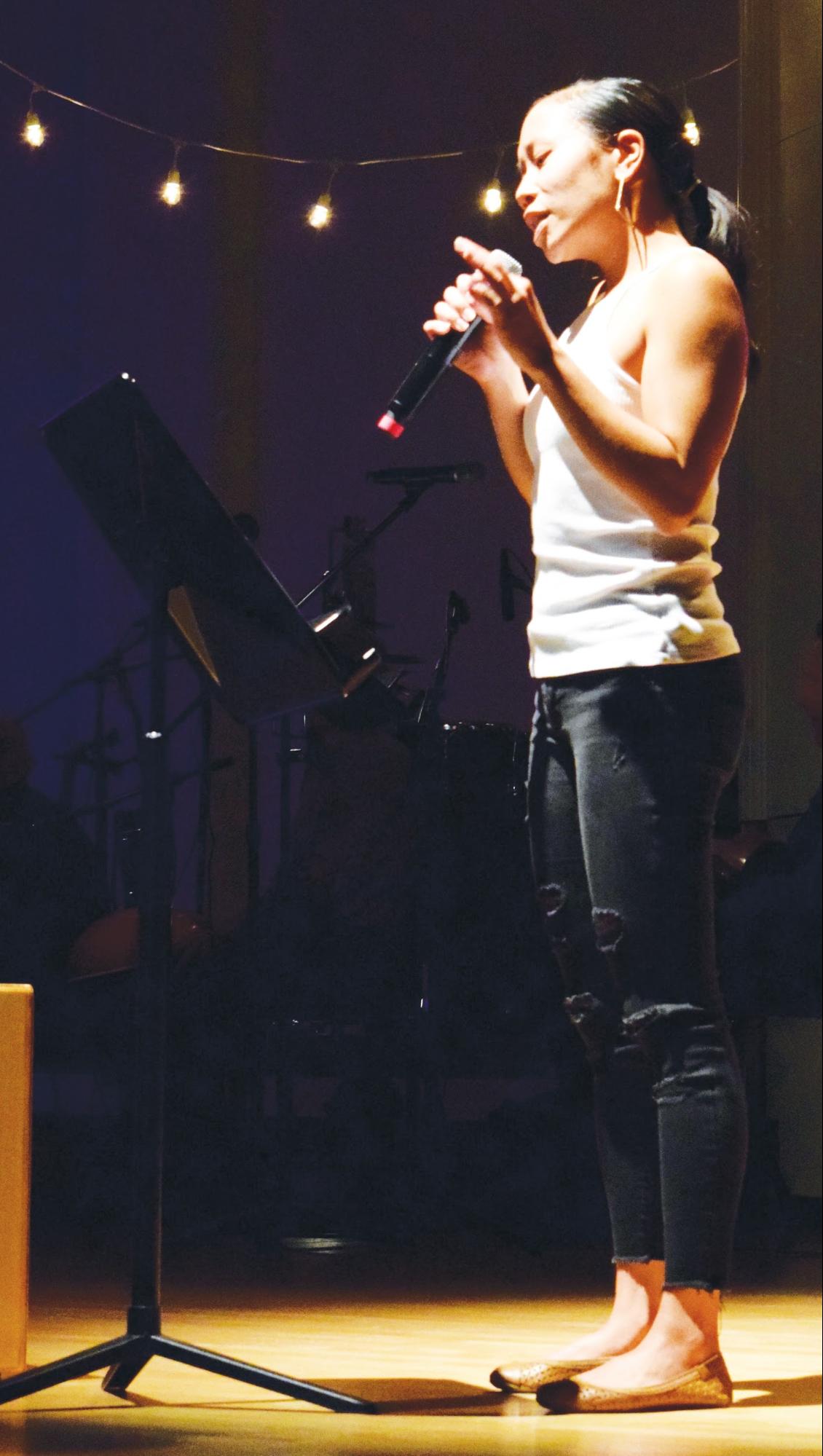 “At best we are stewards and custodians of place, never owners. What we can lay claim to, however, is experience, kinship and conviction,” the program for  “Migrations, Forced and Chosen,” reads.

On Friday, Sept. 28, the Race and Pedagogy National Conference’s evening art program treated audiences to several musical and dance numbers by performers from all over the world.

The program for the Evening Arts Program, curated by Tony Gomez, introduced the event in a short paragraph.

“Tonight will bear witness to experiences we could hardly imagine. Perhaps we will see the journeys of our own families and communities. In each instance we are called to lean toward each other. The work of reimagining justice is both personal and institutional. Challenge your mind to look critically but allow your heart to feel. Most of all, marvel at the incredible stories. There is resilience in relocation. Identity that belongs to no land but is carried in our feet or hands, our lips, our gut,” the program reads.

Abel Rocha, a native of Mexico City, performed “La Llorona,” a popular Mexican song named after the legend of a woman who drowned her children in the face of danger. The song was backdropped by images of Donald Trump calling Mexican immigrants rapists and the recently circulated images of children in crowded holding cells and families being separated by Immigration and Customs Enforcement agents.

The very last pictures displayed during the song were of protest signs — perhaps to suggest the idea of resistance and hope in the face of institutional violence.

Visual media elements were also used during “Steal Away to Jesus,” which showed images of people stacked on top of each other on slave ships in sickenly close quarters. There were also images of enslavers beating slaves, a reminder to audience members that not everyone immigrates by choice.

To say that we are immigrants “undermines the tragic cultural bulldozing of First Nations, who have their own migration story,  or the shackled dehumanization of the centuries-long African slave economy that built the Western Hemisphere,” Gomez wrote.

Many of the performances centered around how migrants (whether by choice or not) find and have found ways to humanize themselves to each other and those who would seek to control them.

It is said that there is power in names. Thy Nguyen was once called Cathy, a choice she rejected in her spoken word poem/song. Nguyen rapped about reclaiming her identity after moving to a foreign land.  Using a call and response, Nguyen invited audience members to participate in the reclamation of her name. Nguyen sang a few notes and asked the audience to respond with “my name is my birthright,” thus connecting the audience with her story.

The audience murmured their assent at Benitez’s line “in 2-0-1-7 Hurricane Trump hit, the powers that be called it Hurricane Maria,” a reminder of the nearly 3,000 people who have died in the months following the hurricane because of a lack of infrastructure and aid, according to the Washington Post.

Many of the performances were in non-English languages and hardly any translations were provided. It almost seemed like the performers were actively choosing not to cater to English speakers. English speakers got a taste of not being able to understand what’s going on.

One of the first and last acts featured talented interpretations of scenes from “The Chinese Question: The Tacoma Method,” directed by Samantha Chung. Actress Susan Kaeka narrated that in the the aftermath of the expulsion of over 200 Chinese people from their homes and businesses in Tacoma, looters would scrounge around for things left behind. “Grave robbing,” Kaeka called it.