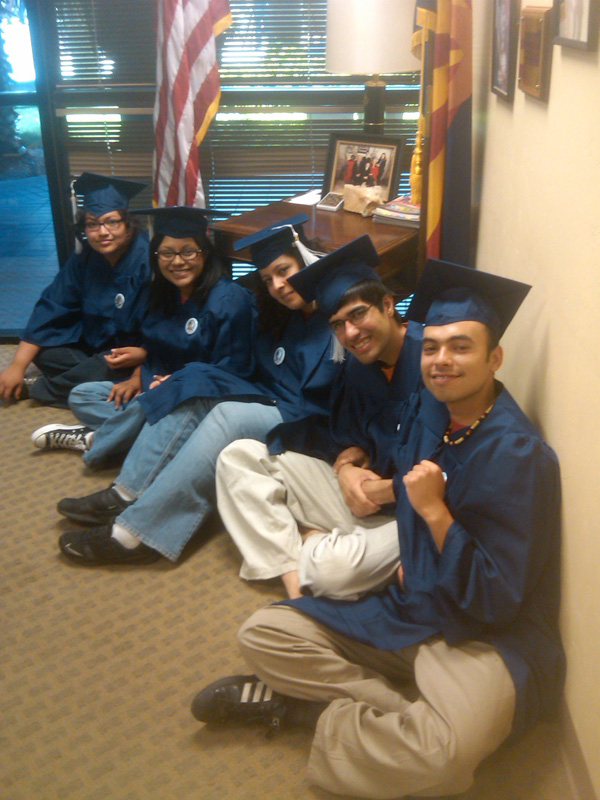 We constantly hear about new legislation being tossed around Washington. One such piece of legislation is the DREAM Act: Development, Relief and Education for Alien Minors Act.

First proposed in 2001 and re-introduced in 2009, the DREAM Act, if passed, would give people who were brought to America illegally as minors the opportunity to become citizens. America is already a leader in accepting legal immigrants, but the undocumented population continues to grow.

The passage of the DREAM Act would allow many people to have better lives as well as help the already existing population.

The DREAM Act applies to people who were brought to the United States illegally before the age of 16, have lived here for at least five years and who have obtained a high school diploma or G.E.D. credential. The DREAM Act would require these individuals to complete either two years in the military or two years of college within the allotted six-year period.

One argument for more strict immigration policies is that immigrants (especially those who come here illegally) will put more of a strain on social programs.

However, the current system reinforces this idea. When people come to this country illegally, they are generally relegated to more menial, unskilled jobs, because without legal status it is not possible to get the work permits required for more respected professions. The jobs they are able to have are usually low paying, which does contribute to the higher levels of poverty in immigrant populations.

The DREAM Act would make it much easier for young immigrants to attain higher levels of education, as well as gain legal status, which would in turn allow them to get better paying jobs and live better lives, thus relieving some pressure on social programs. Additionally, having a better-educated, more skilled population would be beneficial to the United States as a whole.

It should be considered that for many children who are here illegally, America is their home. Having grown up here, they are not really familiar with their parents’ countries, and to send them back would undoubtedly be very disruptive to their lives. This is why many people chose to stay here illegally.

To obtain the required visas without the DREAM Act, these undocumented minors would have to return to their countries of origin and apply for legal entrance into the U.S., which can sometimes take years, if they are allowed back in at all.

Let us not forget that nearly everyone living in the U.S. today is descended from immigrants. Had our ancestors not been allowed to live in America, we would not have been born here. But since we have been given the advantage of being born American citizens, it is important that we use our advantages to help those who were not as fortunate as we were.

Undocumented minors, in general, did not make the choice to come here. They were brought here, and because of a decision that was not theirs, they face many barriers to leading better lives.

As American citizens, we should do what we can to help others have the same opportunities that our ancestors were given. The American culture that we are often proud of has much to do with the diversity of beliefs and culture that has been created by the varied origins of our citizens.

We pride ourselves on the idea that, in America, anyone can succeed if they are determined enough. The DREAM Act is definitely a step in the right direction toward being the kind of society we ought to be.