On Feb. 18, Latinos Unidos worked in collaboration with the Tacoma Art Museum, Centro Latino, and Pacific Lutheran University to present Exploring the Latino Experience in Tacoma, a reception and student-led panel discussion. Students and local community members joined together in the Rasmussen Rotunda at 6 p.m. to examine the challenges Latino-Americans must overcome in the Tacoma community and beyond.

“Latinos have a long and rich history in the United States dating back more than 500 years, and they have become the largest minority group in the country. The goal of [this program] is to foster understanding by documenting, celebrating, and sharing our local histories in order to educate audiences on Latino-American experiences and cultures, particularly in our local communities,” event coordinator and Humanities Librarian Katy Curtis said.

“I think having this conversation, especially with Latino professionals, really inspires us to become representatives of the Latino community. I feel like many of the students there left with a sense of purpose: we will become successful in order to help other Latinos become successful,” senior and student panelist Gaby Yoque said.

“It is important for Latino students to see that glimmer of hope that we too can make it in this life [and] be successful just like these individuals have, despite their struggles as people of color,” sophomore and student panelist Samantha Lopez-Suarez said.

With the statistics working against them and discrimination remaining prominent throughout the country, Latino-Americans often struggle with completing higher education, lagging behind other groups in this country. This idea is equally applicable on campus, where Latino-American students, who only make up seven percent of the student population at Puget Sound, must face hardships daily.

“Being a Latino student seems to become the most difficult during discussions in class. It’s in the classroom where I have felt the most silenced. It is difficult to partake in class discussions where you are outnumbered, your views are vastly different, and your opinion is unpopular,” Lopez-Suarez said.

Outside the classroom, Latino-Americans experience a great deal of prejudice and discrimination, which extend from the media to the professional world to personal interactions and beyond.

Going further than education and job opportunities, Latino-Americans also struggle greatly within the American political system. With recent political discussions and the sensational presence of politicians like Donald Trump, Hispanics are fearful for their future in the United States.

“It’s scary living in America today… [my family] cannot vote so [we] have no say. [Politicians] want us to go back to our country but they don’t understand that if we go back we will die hungry; there is no life for us there,” Lopez-Suarez said.

Despite working hard and paying taxes, Lopez-Suarez believes that her family is not equal to other families across the nation. However, Lopez-Suarez, like all other Latino-American students who led Thursday’s discussion panel, is determined to change this, and she urges students on campus to get involved and do the same.

Although the panel discussion is over, events to celebrate Latino-American history and success will continue through the spring with film screenings, lectures and cultural events being hosted throughout Tacoma. The full schedule can be found on the Tacoma Art Museum website. Additionally, all students are invited to attend Latinos Unidos club meetings on Thursday nights at 7 p.m. 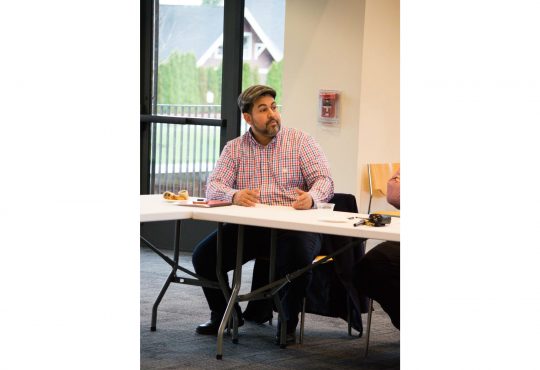 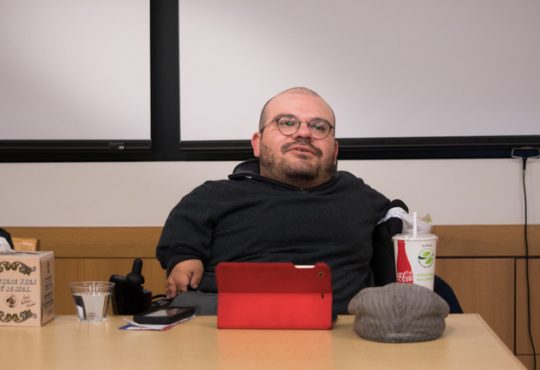 Lecture and documentary engage students in discussion of bioethics and disability