The University of Puget Sound holds many events throughout the year such as Take Back the Night and No More Week of Action in order to bring sexual assault awareness to campus. This past week, Sexuality Issues, Race, and Gender Education (SIRGE) has put on events in order to encourage awareness of these problems in society today.

“This week we are holding three different events. Tuesday we put on a photo campaign, where we asked people to write down why they were saying ‘No More’ to sexual assault and domestic violence. We then took a photograph of them holding up the sign. On Wednesday we showed the film, ‘The Mask You Live In’ which deals with issues of masculinity and how that affects rape culture. On Friday we hosted a Green Dot Bystander training,” SIRGE coordinator and sophomore Alex Keysselitz said.

Like Take Back the Night, the purpose of No More Week of Action week is to open up a safe place for people to express their thoughts and feelings surrounding sexual violence and rape culture.

With the support of the campus community, SIRGE can continue to work on raising awareness and working to end the societal norm of sexual assault. The values of SIRGE are based around ending  power-based sexual violence, ending disrespect and creating a safe campus environment for all students.

“Sexual violence has affected many people on this campus and beyond. I cannot stand to see people on campus who are hurting because of this issue. No one deserves to be disrespected or ignored, and in facilitating conversations about rape, SIRGE allows for survivors voices to be heard,” Keysselitz said. 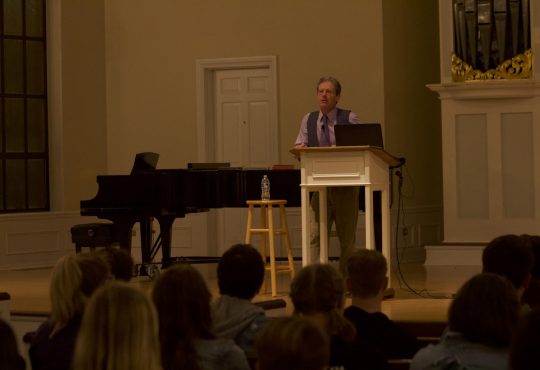