St. Vincent in retrospect: growth of an artist 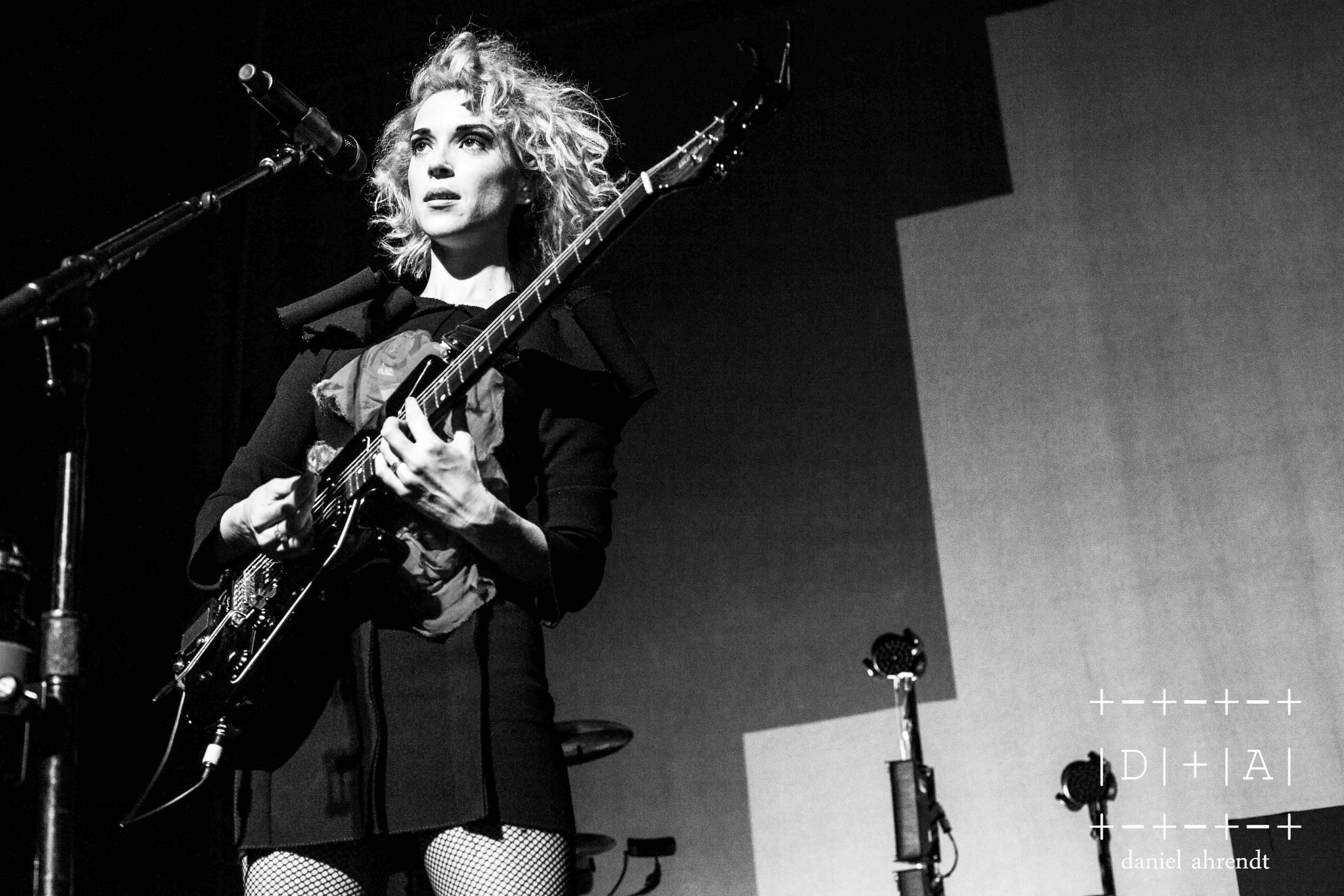 I’ll be the first to admit it: we have a bit of a history. Ever since her wide-eyed 2007 debut, Marry Me, Annie Clark has been flinging her dedicated listeners around in all directions, consistently mixing in some venom with every drop of sweetness across her seven-year career as “St. Vincent.” Even at what could be considered her most saccharine, the title track of that first record, there was always a haunting edge present in Clark’s music that kept her far from falling into typical, simplistic “this-song-is-about-a-boy-I-want” pop music clichés. Even when playing a seductress, a lover, she cannot help but complicate things. “Marry me John, you won’t realize I’m gone,” she promises—she threatens—on that title track. But for all of that song’s lurking poison, it seems to have still left a bad (or not bad enough?) taste in her mouth, as ever since the song was released, Clark and her St. Vincent project have been gradually, but decisively, moving away from it.

Lyrical snapshots taken from the years that followed find her in turns laughing with a mouth full of blood, throwing rocks and hiding her arms and finally announcing, “I don’t want to be a cheerleader no more,” on her 2011 release Strange Mercy. Needless to say, she’s hardly written a love song since. Perhaps it is in this aforementioned track, called “Cheerleader,” that Clark first truly latched onto an easily digestible way of communicating her disgust for what she could have become. The song’s accompanying video, in which a giant Annie Clark is lifted from the ground with huge ropes in slow motion, lives for a brief second, and then crumbles definitively amongst a crowd of perplexed spectators, provides further visual evidence and iconography to support an emerging view of a new St. Vincent, the St. Vincent who was unveiled this year sitting on a smooth pink throne with, in full Nietzschean fashion, the iron gaze of the abyss.

The signs were there all along, but this spring, when St. Vincent’s latest, self-titled record dropped to reveal this new, highly evolved persona, a lot of people were nevertheless surprised. In these new songs, Clark found herself surrounded by boiling, bubbling synthesizers, lurching and staggered rhythms and her own signature guitar shriek. It’s certainly no Yeezus, but consider it an understatement that many of the sounds that make up this album lack the “prettiness” of her previous work. However, when placed on the active minefield that is Clark’s language, this radical sonic palette (also featuring the occasional horn section) almost takes on a pale shade. She has always been known for her clever lyrics and wordplay, but now her razor-sharp wit threatens to cut.

Less than 20 seconds after the album starts, in the track “Rattlesnake,” she asks a framing question: “Am I the only one in the only world?” Somehow, a question that out of anyone else’s mouth could suggest undertones of vacant curiosity, insecurity or even loneliness here comes off as some kind of accusation—is this the only world you know? Supported here by a digitized, stuttering bassline and slippery guitar slides swooping in and out of frame, this confrontational aspect is only magnified as the album goes on.

A few songs later, in “Digital Witness,” the fog is cleared: “I want all of your mind,” St. Vincent declares. Seven years of subtly twisted, mysterious and always incredibly smart music seem to have culminated in a single demand. In a song that also decries the TV-screen reality of the 21st century, St. Vincent, who described the theme of this new album as a “near-future cult leader” in an interview with NPR, offers no compromises. St. Vincent, who has truly now become an entity of her own, tries her hand at tyranny, asserting that there will be no texting or flash photography during today’s performance.

I hesitate to say Clark is alienating her audience, but there is little doubt that an opposition between artist and audience is being established, for whatever reason. “Digital Witness” is a calculated assault on spectatorship and addresses the double-edged sword that society puts in all of our hands. The paradox is this: to wish to intimately share one’s life with others seems like a very authentic and human thing, but the ever-more-computerized (and therefore mediated)  modes by which that sharing takes place also serve to further alienate us from one another and ourselves. Further, these modes of sharing exist under a consumerist paradigm, transforming people and even their thoughts into objects and encouraging both passivity through consumption as well as narcissism through our wish to be consumable and consumed. “What’s the point of even sleeping, if I can’t show it, if you can’t see me,” she sarcastically muses.

This indictment of the listener, the consumer, the passive spectator, is deeply significant, but by no means the sole constituent of this record. She speaks without remorse or reservation, but not without—at the very least—a strange mercy. After all, she promises us, “Every Tear Disappears.” Those who are willing to sit through a condemnation of the times they live in will soon find themselves instead on St. Vincent’s side of the future, where, although she now perhaps manifests as a dictator, she is at least a benevolent one.

And what’s become of John? St. Vincent—these days stylized as “STV” in cryptic symbols, a final declaration of independence from her past—has an answer for that too, in the third track “Prince Johnny:” “Prince Johnny, you’re kind, but you’re not simple.” By now, she seems to know the difference.