Puget Sound soccer teams off to a strong start 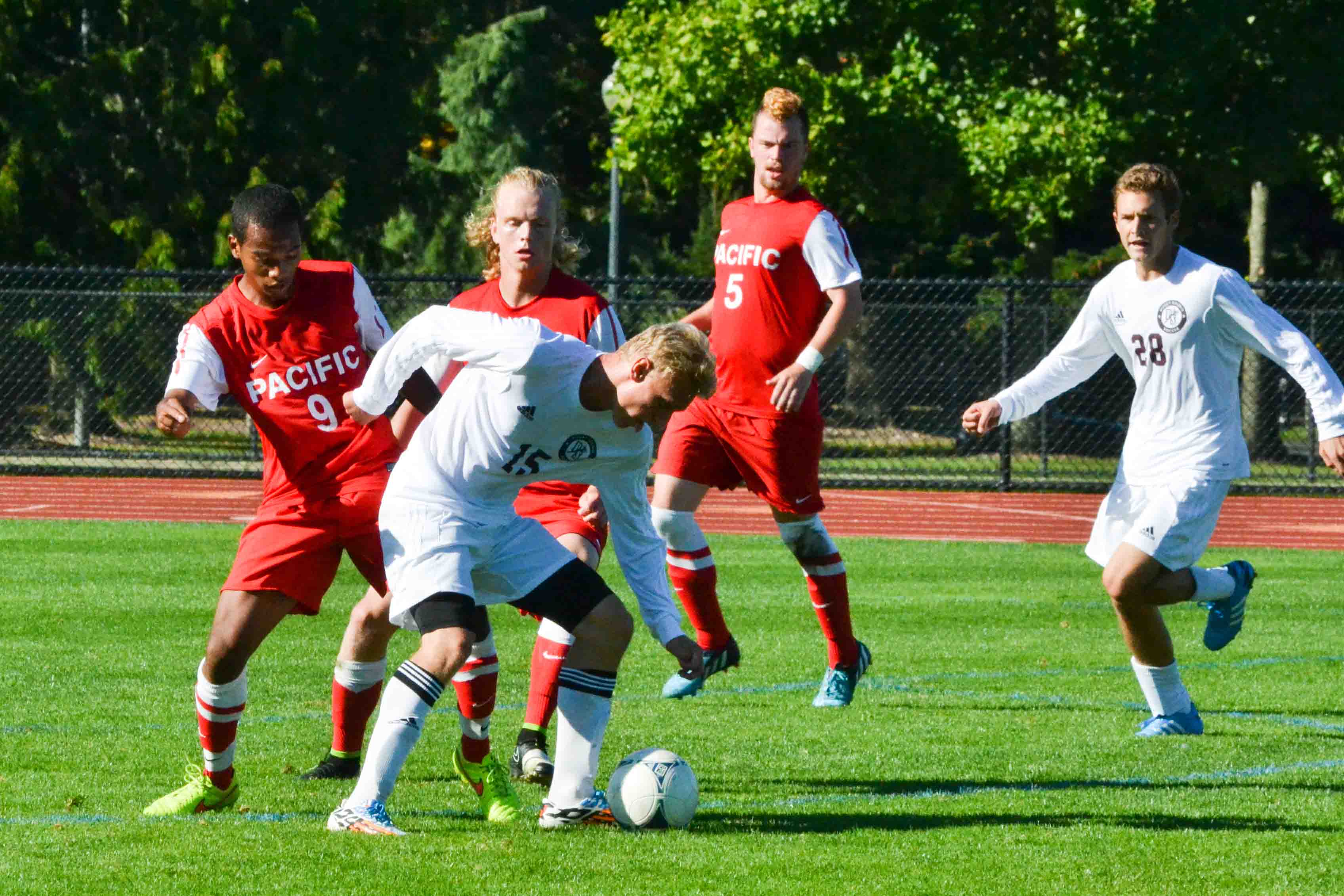 Both the Logger soccer squads are off to a positive start this year with records of 4-2-1 for the men and 4-1 for the women. Both teams played this weekend in Baker Stadium and showed no signs of looking back from the strong performances of the first few games of the season.

The lead up to the first  men’s game of the season was a little rocky as they tied the first game and lost the next two. It was only a matter of time before they settled in and resumed their winning ways with a close 3-2 victory over Gustavus Adolphus College. Senior Oliver Field (Portland, Ore.) stole the show in this game with an impressive hat trick that brought the Loggers back from a two-goal deficit that they conceded early in the game. The next game saw the men return to form when they shut out Hamline University 3-0. Field featured again among the scorers, followed by teammates Lael Richmond (Fox Island, Wash.) and Stewart Miller (Helena, Mont.). The next game saw the Loggers dominate the visiting Trinity Lutheran Eagles 8-1. Sean Ryan (Mill Creek, Wash.) started the fire that singed the Eagles out of the sky with two goals and an assist.  Field found himself on the score sheet for a sixth time this year when he scored on a cross from fellow senior Ryan. The other scorers included Vincent Von Luehrte (Los Gatos, Calif.), Cameron Lorek (Claremont, Calif.), Ezra Kraus (Harvard, Mass.) and Pablo Alguindigue (Minnetonka, Minn.).

The Logger men looked to continue their run of good form at home against the Pacific University Boxers on Saturday. The Loggers put the pressure on quickly and were swiftly rewarded as Ryan scored his fourth goal of the season only a minute and 30 seconds into the game.

Nick Campanelli (Mahtomedi, Minn.) and Andrew White (Steamboat Springs, Col.) combined in the build-up play to Ryan’s goal, with White delivering the ball into the box.

White added another point to his total for the day, this time on the receiving end as he scored on a cross from Connor LaFerrie (Tacoma, Wash.) in the ninth minute.

Landon Gauthier (Fox Island, Wash.) scored the final goal of the afternoon for the Loggers when he received a through ball from White and scored on a brilliant effort that found the top corner of the visitor’s net.

The team outlook that contributed to this win was summed up nicely by Campenelli after the game.

“I would say that we were all really excited to get the conference season underway, and we all felt like we were in good form,” Campenelli said. “We’re very focused on achieving our goal of winning our games one at a time, and this singular team mind-set really helped us to go and get a win yesterday.”

The Logger women had less of a struggle en route to a 4-1 record, conceding only two goals in five games and shutting out their opponents three times. The ladies started off with a close loss to Chapman University that saw Amalia Acorda-Fey (Seattle, Wash.) record the singular goal for the Loggers.

The next game saw the Loggers reverse their previous result in a close victory over Northwestern University.  Acorda-Fey recorded her second goal of the season while Annie Johnson (Portland, Ore.) tallied her first of the year to seal the match for the Loggers.

The wins kept coming for the Loggers when they defeated their next two opponents by one goal a piece.

St. Thomas College was the first to fall victim to the precision of the Loggers’ offense with Robin Vieira (Seattle, Wash.) recording the solitary goal in the match. Cross-town rivals Pacific Lutheran University were brushed aside by the Loggers, with Emma Donckels (Los Altos, Calif.) recording the lone goal at home in Baker Stadium.

Leading into this weekend, the Logger women looked to extend their three-game winning streak to four against the Linfield Wildcats at home in Baker Stadium.

The Loggers put the pressure on early with venomous shots on goal from Jonsson and Cassie Winter (Seattle, Wash.).

The Wildcats were not about to roll over to the Logger offense as they produced four shots of their own in a span of five minutes. The Loggers defended for all they were worth and in the end, not a single shot saw daylight between the sticks of Logger goalkeeper Nesha Eaton (Portland, Ore.).

After a scoreless first half, the Loggers came out and dominated possession. It wasn’t until the 68th minute that Vieira scored her second goal of the season to put the Loggers into the lead. Liz Blonden picked out Vieira with pinpoint accuracy before Vieira slotted the ball home to score.