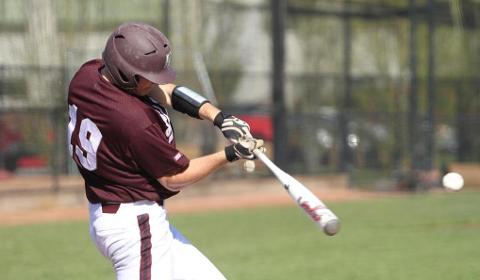 The 2014 Logger baseball team has made its mark in the history books this year after finishing their season on May 5 against Pacific University.

As with every year, it has come time to say goodbye to the senior class of players that will graduate soon after the final game of the season. This year the Loggers will say a fond farewell to six of their teammates as they venture out into the world. See the article on page 9 for a recap of their careers at Puget Sound.

All six seniors factored into the impressive form that the Loggers ended the season in, with at least one of them scoring or plating a run during their 10 game winning streak.

Tucker Barney (Boise, Idaho), who has been injured all season, got to take his first and final at-bat as a Logger on his home field in the final home series of the season against the Willamette University Bearcats.

During this streak, Logger baseball coach Brian Billings also recorded 200 wins as head coach when they swept the series they played against Willamette.

Along with having 10 wins in a row, there were some impressive performances in the stretch that saw the Loggers score a total of 87 runs at a rate of 9.67 runs per game. The first stunning display came from the Logger bullpen when they faced off against crosstown rivals Pacific Lutheran University.

As a whole, the Logger pitchers shut out the Lutes batters for a total of 15 innings in a row. The pitchers involved included junior Steve Wagar (Yakima, Wash.), freshman Kian Kurokawa (Hilo, Hawaii), freshman Troy Kakugawa (Mililani, Hawaii) and senior Jarrod Beiser (Cupertino, Calif.). Wagar recorded the longest time on the mound with 8.1 innings, a total time that no pitcher had lasted for the Loggers since April 14, 2013.

The pair of freshmen both contributed, with Kurokawa pitching 4.2 innings and Kakugawa earning his first save of the season to close out the game. Finally, Beiser sent half the batters he faced back to the dugout with nothing to show for their efforts as he struck out two of four batters that took the plate against him.

Wagar impressed again when he recorded the first full game shutout in eight years when he held the Pacific University Boxers scoreless in their game on April 18.

Wagar, who led all Logger pitchers in strikeouts with a total of 56, is one of many players returning to the lineup next season. A few of the players joining Wagar next season include Kurokawa, who led the Logger bullpen in number of games played with 21, and sophomore Nick Funyak (Billings, Mont.) also returns for the Loggers next season.

Funyak almost had a perfect weekend at the plate against the Bearcats as he connected on eight of nine pitches, earned six RBI’s and brought home two runners in each game of the three-game series.

The sophomore also scored four runs of his own, making him responsible for 10 of the 39 runs scored for the Loggers in the series.

The Loggers ended up with a number of players making waves in the Northwest Conference. Puget Sound ended with seven conference honors.

Junior Connor Savage (Bothell, Wash.) led the Loggers in with a first team all conference selection.

Seniors Lucas Stone and Jeff Walton were both honored on the second team all conference team.

Additionally, Funyak, Nathan Backes and Chris Zerio all were also honored on the second team.