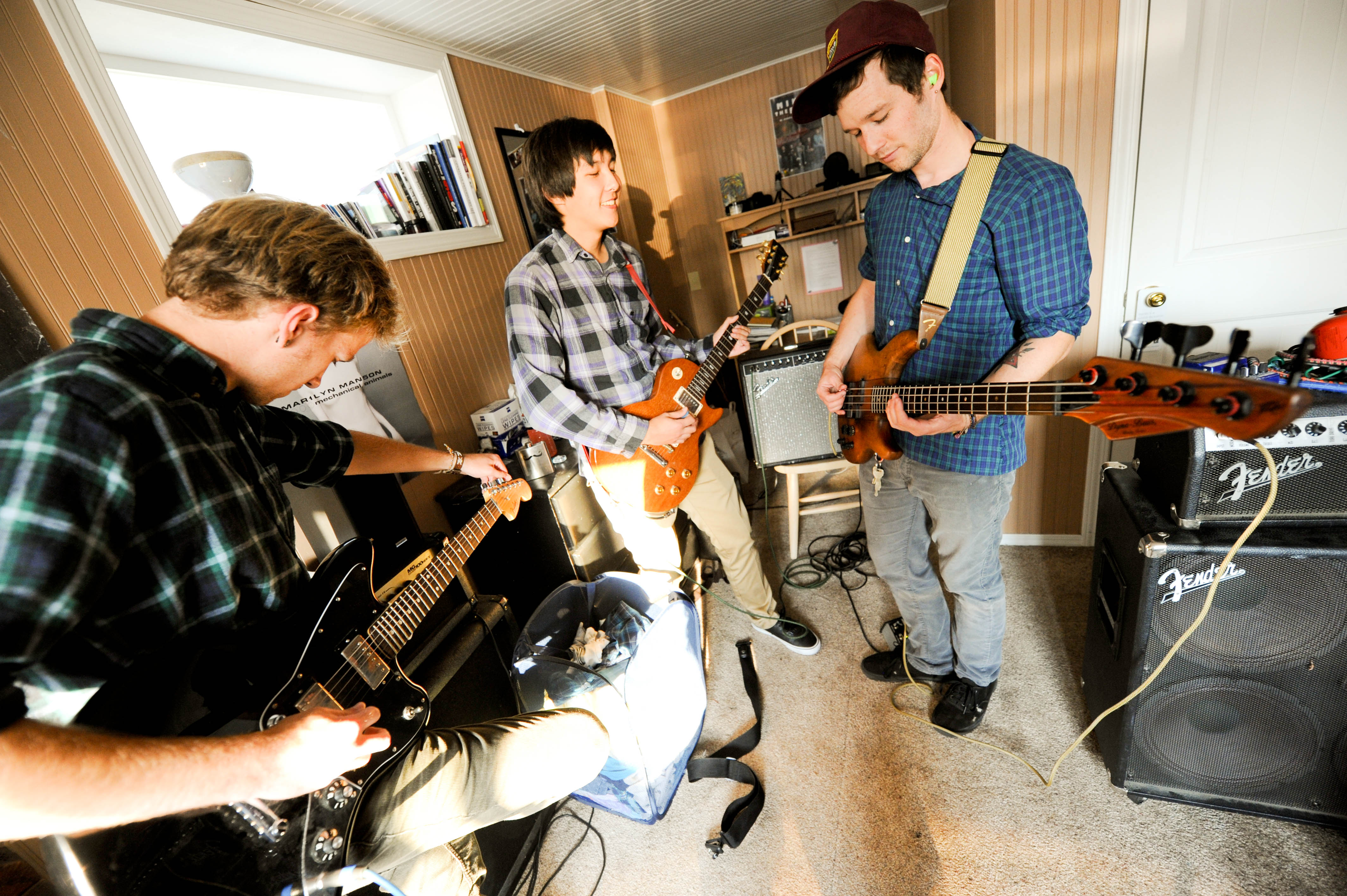 Every other Thursday, a wonderful group can be found cozying up on sofas in the Wheelock piano lounge to enjoy the musical talent of members of our own campus community at open mic night. The Campus Music Network, a division of ASUPS, maintains this tradition under the leadership of Derek Humphrey. Humphrey describes the duties of the Campus Music Network (CMN) as allowing “student musicians to connect with one another while getting their performance fix, as well as exposing the wider campus community to music they would have not noticed otherwise.”
Humphrey took over for Griffin Hotchkiss in 2011 when he became interested in and involved with the open mic nights after seeing one performed in the old Humanities House. Humphrey is devoted to maintaining the tradition of the Campus Music Network, which has been upheld for over 20 years.
The network was created in 1992 to encourage the development of campus musicians outside of the University’s prestigious but rigorous music department.
This allows any musician of any level to perform for an accepting audience of fellow students and musicians. The performance opportunity is vital in building confidence, which allows musicians to comfortably develop their craft with the positive feedback and support of their fellow students.
The open mic nights are also host to a plethora of other talents, such as poetry, short musical theater and stand–up comedy. There are no limits or prerequisites to performing, only a whiteboard and a pen with which to sign up. This event often hosts repeated performers and repeated attendees, building a community around the sharing of campus music.
Campus Music Network is also responsible for many multi-band performances on and around campus.
Already this year, CMN has promoted campus bands Young Ones, Anna Stokes and Desert Folk at the Metronome Café last month, as well as a show in Club Rendevous featuring Young Ones, Pilot Light, Sun Eater and Harshmellow last Saturday. Our campus bands all boast an impressive repertoire of original compositions in a variety of genres, from rock to post-rock to folk to punk.
Humphrey intends to make these multi-band performances in Rendezvous standard events this year, so keep your eyes open for posters two weeks in advance of the events for the opportunity to reap the benefits of talented and hard-working Loggers. The Campus Music Network also produces a compilation CD each year of original works by campus musicians.
They offer the opportunity to record their works in a studio in downtown Tacoma to any student who is interested and has an original work to contribute.
The recording studio will teach the student the general process of recording music in the professional world, which is a unique and invaluable experience, whether one is interested in pursuing music or not.
Volume 19 of this series of compilations, affectionately titled The Tacoma Aroma, was produced in Spring 2012 and is filled with the composition of many current student musicians and musical groups.
Among them are the charming acoustic guitar, piano and vocals of Cassie Fastabend, the electronic beats of William Peil, the powerful post-rock of Pilot Light (previously They Might Have Guns) and the raw sounds of male-female acoustic duo Desert Folk.
If you like what you hear, come down to an open mic night or multi-band show to hear these accomplished musicians live.
Volumes 2-19 can be found online at pugetsoundcmn.bandcamp.com as free downloads, so anyone wishing to investigate the musical talents and interests of our Puget Sound predecessors is able. Humphrey also worked tirelessly to put together a compilation of the highlights of the last 20 years of the CMN.
This program is a truly unique approach to fostering musical creation among students, which Humphrey calls “pretty rad.” To take part in this community, drop by the Wheelock piano lounge every other Thursday to watch or perform and look out for multi-band performances in Rendevous.