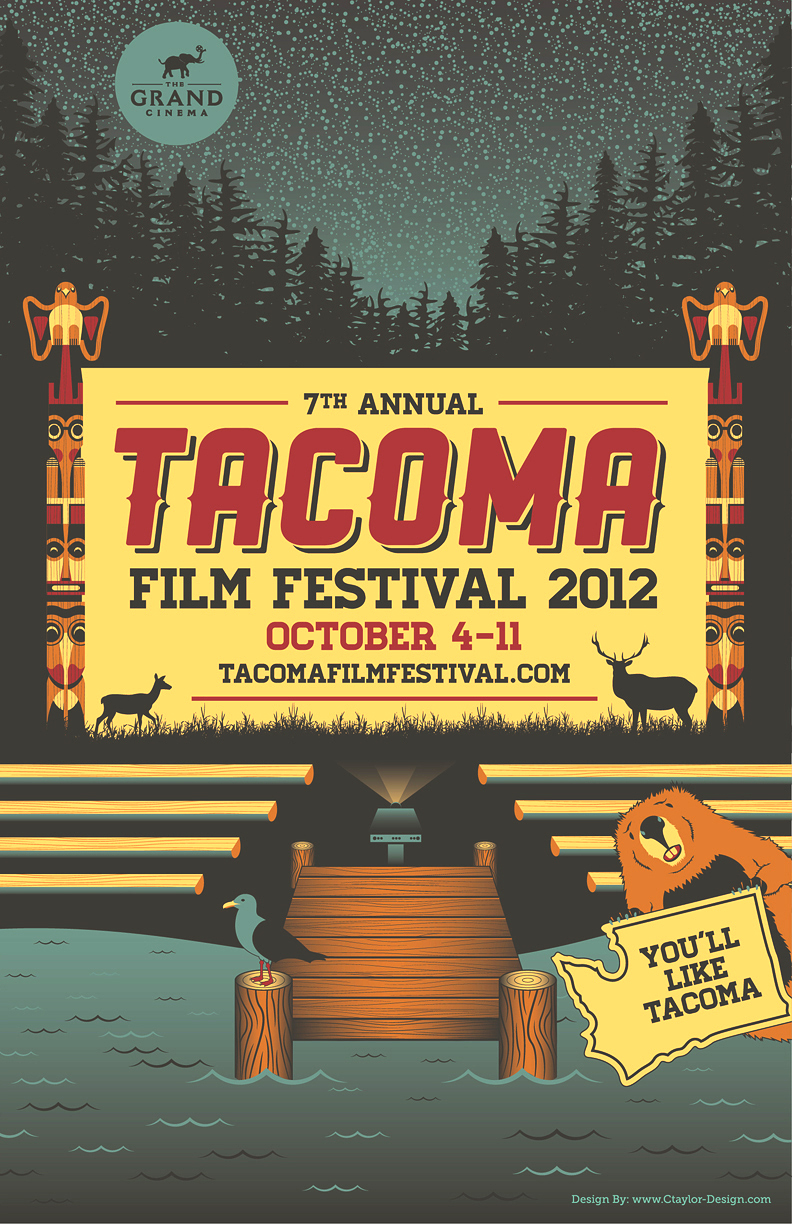 Coming back for its seventh year, the Tacoma Film Festival is a fantastic experience, combining small films, locals from all over Tacoma, and a love of cinema. Showing over a hundred different shorts and feature–length films at The Museum of Glass, The Grand Cinema and The Blue Mouse, the Festival has something for everyone.
With films entitled Lemon, Thugs, The Musical! and Cartoon College, the Tacoma Film Festival offers more than just an opportunity to see a movie on a Friday evening, it is a chance to venture away from the normal offerings at the box office. Intimate theaters, local and gluten–free snacks and friendly people are all touches that transform a normal movie–watching experience into the captivating evening that concludes with a discussion of the film with its director or producer.
Films at the Tacoma Film Festival come from all across the country, many even making their West Coast debut, but what makes this festival stand out from any of the others is the strong Tacoma influence. As one person standing in the ticket line said, “Tacoma invented grunge!” The film selection represents this, with a whole category called Grit City Flicks that were produced in Tacoma. This notion of a small, local film festival is what draws filmmakers to Tacoma. As one producer said, the reason he traveled all the way here was that filmmakers are treated so well, as was evident by the enthusiastic audience and the dedicated staff at The Grand Cinema.
The Tacoma Film Festival provides the opportunity for viewers to take it all in. At only six dollars a film for students, the festival is a great deal for provocative movies not showing anywhere else.
What makes film festivals so enjoyable is the surprise and possibility when watching movies with no preconceived ideas of their premise or direction.
That is what happened with Satellite of Love, where the short description in the program hardly did the film justice. The film starts at a carnival where three friends—Samuel, Catherine and Blake—are enjoying an evening out, riding the Ferris wheel and having no cares in the world except for each other.
The movie leaps forward three years and the characters have developed. Cat and Blake have gotten married and taken over a restaurant, while Sam has become a musician. As an apology for missing the wedding, Sam offers to whisk Cat and Blake off to a vineyard for a week, promising relaxation, wine and a carefree adventure. This is where the story takes off, developing into a discussion of life and relationships.
The dynamic between Sam and Blake, best friends separated by their outlooks on life and plans for the future, sets the backdrop for the movie. The two, who appeared as one at the carnival, have diverged; living opposite lives, with Blake settling down and Sam traveling the world. Stuck in between is Cat, whose love for her husband only waivers with the return of Sam.
The acting and music are almost second to the cinematic beauty: Its soft focus frames the movie perfectly. Gorgeous montages are sprinkled throughout, giving the film a warm feeling, even in times of struggle and conflict.
This adult mix of comedy and drama provides a hard look at how lives can change and gives the viewers a chance to understand the conflicts of love and maturity.
The laughter and romance that make the movie is accompanied equally by pain and truth, making the movie more than just a wine– and sun–filled escapade.
When asked about the film festival, attendees cited numerous accommodations that made their experience notable, but as the man standing next to me in line, Mark Craddock of Tacoma, said, “The reason I like to go to movies is because they make you question what your life is about.”
Satellite of Love certainly fits this bill; a great look at adult relationships and the consequences of loyalty and desire.