Suffering from TV fatigue? Have you watched so much Netflix that you’re beginning to see the red screen everywhere you go? Well, you’re S.O.L., because there’s a plethora of new programming to make sure that you won’t leave your house until the authorities have called off the search.

If you enjoy “The Simpsons” or “Family Guy,” then you’ll love Seth MacFarland’s “Dysfunctional Family.” Don’t worry if you’ve seen any of FOX’s other cartoons, you know the drill by now. There’s a mentally deficient dad with a wife WAY out of his league, an awkward son, a hag of a daughter, a talking house-cat with two faces and Jabba the Hut in his first official TV appearance.

Do you like “American Idol” or “Monday Night Football”? Then you might want to check out “America’s Next Mascot,” a new reality show where America decides on its new personification for the 21st century, regardless of how it will seem to future generations. And thanks to the widely-diverse panel of judges, which includes Glenn Beck, Alec Baldwin, Ann Coulter, Rosie O’Donnell, Bill O’Reilly and Bill Maher, it is guaranteed that there will never be a consensus.

If you enjoyed “Smallville” or “Heroes,” then you’re not only a horrible liar, but you will love “Superheroes Doing Absolutely Nothing Dramatically”: an exciting new show that wastes its potential by giving its characters fantastic powers and having them do tasks that a corpse could manage in true soap-opera fashion. Tremble in anticipation at how a firefighter with the power to control fire files his taxes! Soil your pants in ecstasy at the love affair between actors that make Vin Diesel look like Lawrence Olivier! Feel moved to cry yet emotionally numb when the 8-year old girl who can levitate only at night jumps off the roof a bit too late!

Love “Diners, Drive-ins & Dives” or “Man vs. Food” and are hungry for more? Then tune into “Homeless Harry and the Dumpsters of America.” Available exclusively on the Food Network, we follow Homeless Harry in his quest to find the classiest dumpsters in the lower 48! This week, celebrity guest Mario Batali accompanies Harry in dining at an alley in Harlem that specializes in rejected dog-food thrown out by the factory next door. Yum!

If you enjoy “The Office” or “Parks & Recreation,” then you’ll love “The Site,” where a camera crew follows the work lives of a construction crew renovating a Chili’s in rural North Dakota. WARNING: Anyone without a penis or anyone even remotely liberal might find this show offensive. You have been cautioned, you mob of chuckle******s and ***********salad eaters.

Historical shows such as “Ax Men” or “Swamp People” are a great way to spend a Friday night without friends. If you’re one of those types, you’ll obsess over “Hill People,” a new miniseries that explores the last population group in the US who still haven’t heard of electricity. Stick around to the series finale to find out why it’s a miniseries! (Hint: the footage was the only thing the authorities found that wasn’t partially chewed on.)

Tune in this Sunday for a groundbreaking new show. It’s so unique, we don’t even have other shows to make this one feel familiar. Watch “Happy People,” where camera crews follow  five Seattle area families that live meaningful lives, stay out of pointless drama, and do things that they aspire to do. The characters are so full of depth and understanding that you’ll just want to strangle yourself right there on the couch when you consider the way you’ve wasted your life! In the first episode, the Simon Cowell guest stars and is politely put up with at the Lamarck family dinner. 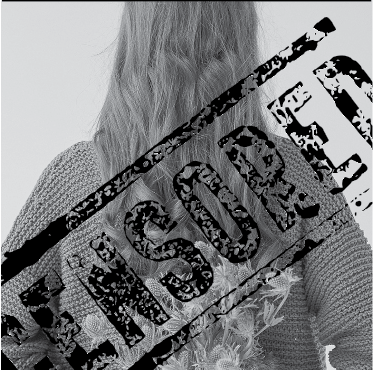