Since the unveiling of the new capital campaign One [of a Kind] at Weyerhauser Hall’s opening night, the administration has updated its 10-year Master Plan for the University of Puget Sound. Here are some recent additions to the plan: 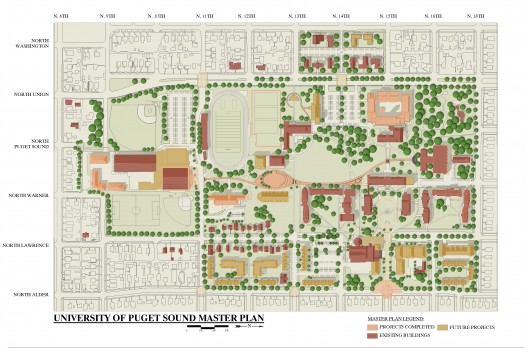