The campus was abuzz with celebration last weekend. President Thomas was on hand to shotgun the ceremonial diet soda in recognition of a milestone in the university’s history.

“We have eliminated binge drinking,” Thomas said. “Gone are the days of reckless, rapid consumption of alcohol. The school is now promoting moderate, daylong drinking. It’s been a long road, but we’ve done it.”

There were many who doubted the university’s capacity to stamp out the student population’s thirst for shots and the shenanigans that follow. The board of trustees, angered by the student behavior at the Fall 2010 Midnight Breakfast, pitched the idea of promoting moderation last year during an ASUPS senate session in October of 2010. The response was strongly negative.

But the key to this victory has proven to be the new university policy towards drinking. “Alcohol features heavily in college life, and it’s something that can easily be abused without proper education. The key is moderation,” Amanda Schlitz, M.D. and consulting physician with CHWS, said. Recognizing the intransigence of student imbibers, the university now advocates moderate drinking over a long period of time.

“Instead of having 10 drinks on Friday and 10 more on Saturday, why not have 20 drinks over the course of the week?” Schlitz said. “Instead of becoming dangerously intoxicated, why not maintain a pleasant buzz?  It’s a better way to approach alcohol. Trust me. I’m a real doctor, not to mention a real person.”

Many students have reported a slew of positive changes resulting from this new approach to imbibing. Even Diversions has seen a new opportunity: offering to “Irish-up” one’s coffee for just 12 extra points.

“Thanks to sustainable drinking, I’ve transformed whiskey into breakfast!” Daniel Lewis, a sophomore, said. “It is incredible how versatile liquor can be if you don’t restrict it to evenings and weekends! Now, I never go anywhere without my class flask.”

Across campus, students and teachers alike are enjoying a more relaxed environment. On the sidewalks, strangers greet each other loudly instead of pretending to read texts. In the library, many find papers easier to write, albeit harder to edit. In class, students and professors engage in spirited, open discussion. And most religion and English professors can now be honest and unafraid about being a little tipsy for their classes. Rumors of occasional fisticuffs are as yet unsubstantiated.

But the best part of controlled, sustained drinking is the elimination of the darker side of alcohol. “If you never stop drinking, you never get a hangover!” Whitney Bell, a junior, said. “Hair of the dog, man! The concept isn’t new.”

Based off the recent success of the “Martini Morning” program, the administration is considering a plan to cut down on heavy drug consumption by burning large amounts of marijuana in the air ducts of the academic buildings.

Midnight Breakfast should be at 7 a.m. 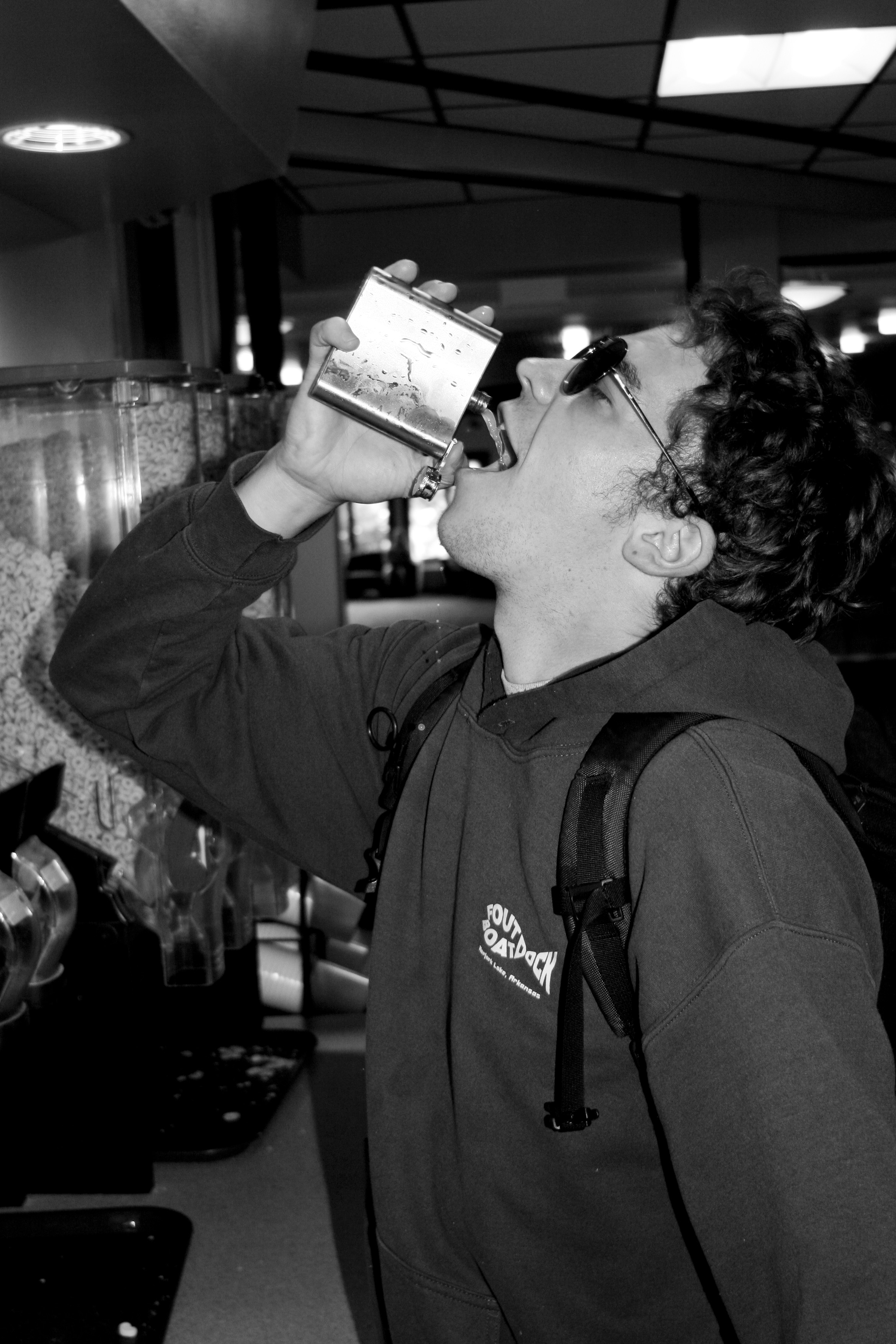