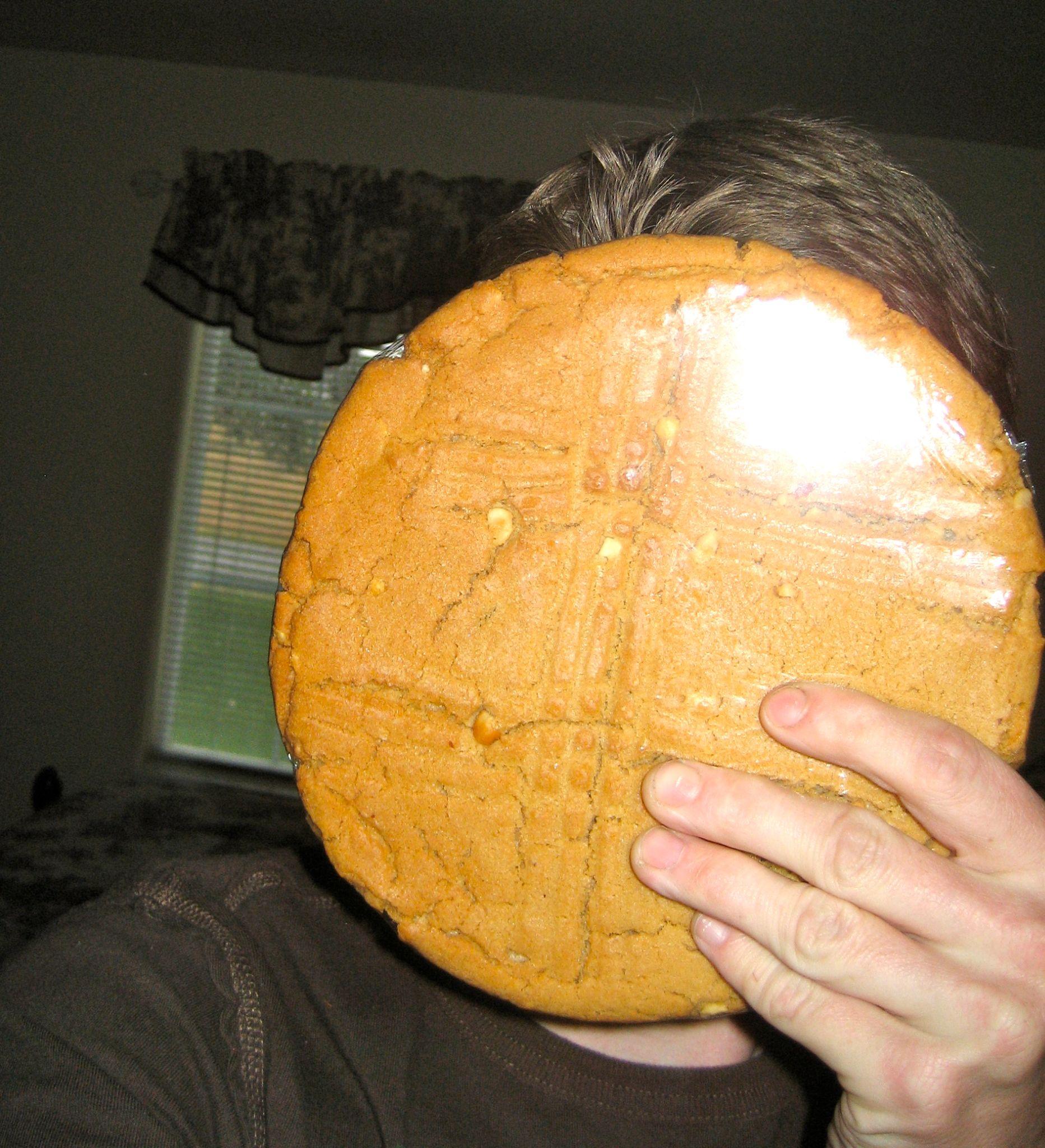 Nationwide specialty bakery chain Crumbl Cookies, known for its weekly menu rotation and for finally sizing cookies proportionally to other American foodstuffs, recently announced the newest addition to its confectionery line-up: Existential DreadTM. It should be noted that the trademark symbol has not been included because Crumbl has trademarked the name “Existential Dread.” Rather, it was reportedly intended to be a “commentary on how corporate branding has seeped so insidiously into every aspect of our lives that even our avenues of personal expression have become dominated by advertisements,” as per a statement posted to the Crumbl Cookies company TikTok page. A follow-up TikTok, posted after three separate TikToks proclaiming to be “signs that [the viewer] should distract [themselves] from the inevitability of the next tragedy with fun cookies the size of [their] face,” bemoaned the fact that forums for genuine expression by “real people” were all but lost, as corporations seeking to boost their sales have “appropriated and warped them beyond recognition.” Tthis TikTok, published by a company with locations in 36 states, was set to “Look Who’s Inside Again,” a song with similar themes from comedian Bo Burnham’s Netflix special “Inside,” and ended with the message, “don’t worry if you’re stuck in a room again, Crumbl Cookies delivers.”

Crumbl Cookies’ attempts at marketing this novel flavor have reached into the physical world as well. For instance, alongside the other merchandise sold on their website, the Crumbl franchise now offers t-shirts emblazoned with phrases like: “The World is Crumbling Around Us,” “The Pink Box is Full of Despair,” and “I Fall Apart Easier than A Crumbl Cookies Existential DreadTM Cookie Available For Only $4! (Availability at Store Not Guaranteed).” The revenue generated from sales of these merchandise items will reportedly be used to fund the publication of a “nihilistic treatise on the state of the world,” authored by the Crumbl Cookies company. Furthermore, advanced copies of the book have now been sent to book reviewers across the country, with most reporting that the book had a surprisingly positive conclusion for a purportedly nihilistic work. To provide the most unbiased view possible, that conclusion has been reproduced below exactly as it was printed:

“It may seem as though life has no meaning, that to live is to suffer ceaselessly as you are buffeted by the winds of cruel fate, and that your suffering is pointless, for there is no justice nor retribution in this universe beyond the equity of death’s cold embrace. But the strength of humanity lies not in seeing the universe for what it is, but what it could be. Indeed, it is the duty of humanity – the duty of all those who live – to make their own meaning out of this nothingness, to see the void as a canvas, not a hole, and to create something beautiful out of what they have been able to scrounge from fate. ‘Tis the most noble and sacrosanct calling to answer the cry that rings out across this existential plane, the cry for meaning on this cruel, cold, floating rock, and you can answer that cry by picking up a box of Existential DreadTM Crumbl Cookies for you and your loved ones.”

For all of this promotion, however, most customers apparently expected the Existential DreadTM cookie to perfectly encapsulate the eponymous emotion that had become so prevalent amid this all-encompassing sea of tragedy that threatens to drown humanity’s highest hopes and aspirations. However, preliminary reviews indicate that it is “functionally indistinguishable from a piece of sweetened cardboard.”