The Trail
HomeFeaturesWho rings the bells on campus?
Features

Who rings the bells on campus? 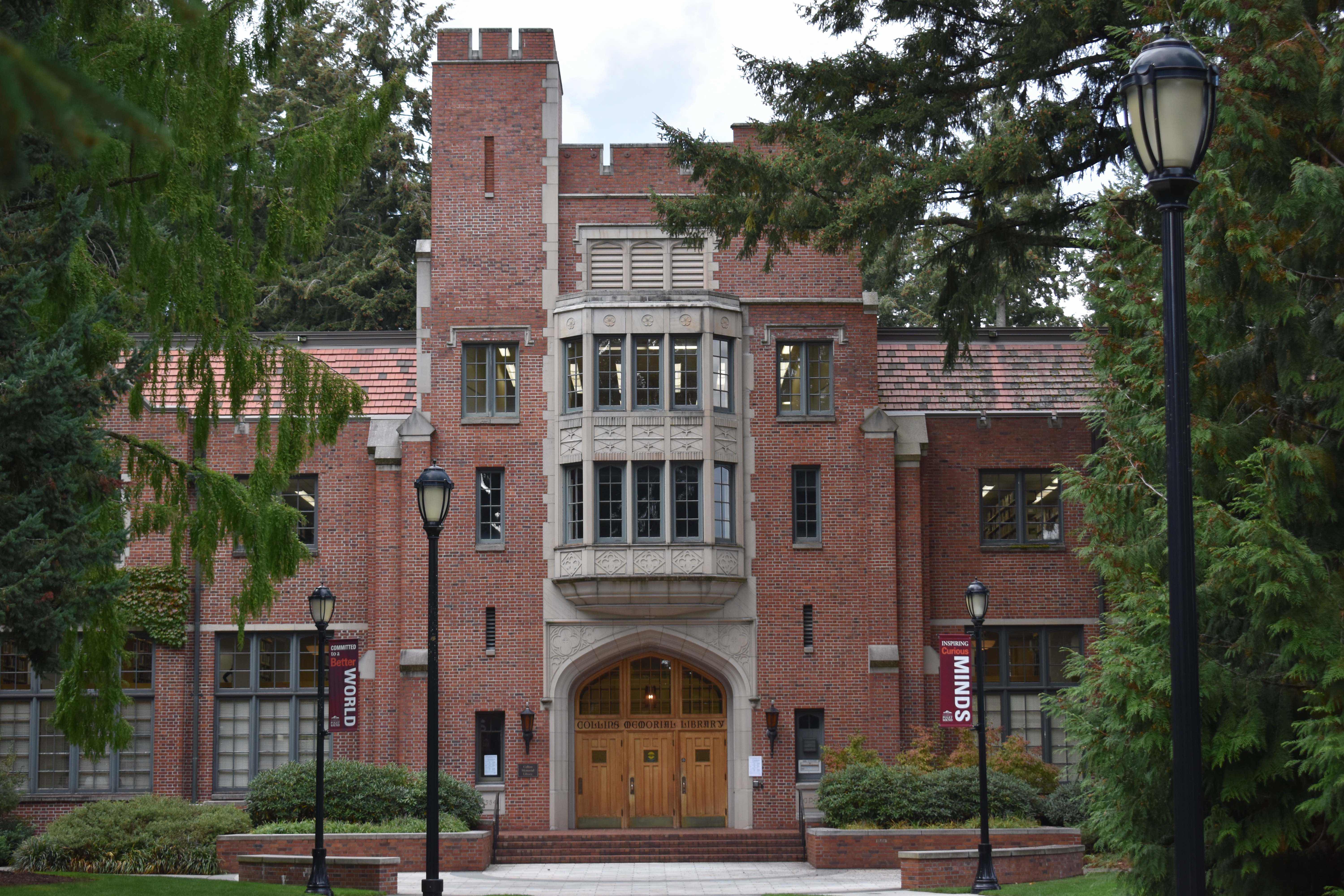 Today the main bells on campus are housed in Collins Memorial Library, and aren’t even technically bells. Photo Credit: Andrew Benoit/ The Trail

Everyday at 5 p.m., a song is heard throughout school, emanating from bells somewhere on campus. It rings every half hour, too, reminding us that if we only make it through a bit more of this lecture, we will be free. Those tolling bells are the center of a great mystery on campus: Who rings them? What songs do they play? Where are they located? For whom do they toll?

Out of all the bells on campus, the Kilworth Chapel bell is most straightforward. “The chapel bell is an actual bell,” said Micah Mitchell, the electrical supervisor at the University. This bell is reserved for important events such as weddings. The chapel’s bell is operated by hand. But what of the other bells on campus?

Part of the problem is that there isn’t just one set of bells at Puget Sound and at different points in history, there have been several different bells. One vintage bell that is still around today is the carillon bell in the music building which, according to the article “Broom Handles and Bell Towers: W. W. Kilworth’s Contributions to the University of Puget Sound,” was installed in 1954. By the 1970s, the carillon’s operation switched from a manual to an automatic process, according to University Chaplain Dave Wright. “It’s a Micro-chime that rings a small bell that’s then amplified greatly,” he explained. According to Chaplain Wright, the process was done by keyboard on an electric carillon.

However, the carillon bells eventually rang for the last time. The 2016 summer editions of Arches describe the tragedy: “Then, about 1979, the carillon fell abruptly silent, apparently unrepairable.” It wasn’t until 1982 that bells graced the campus again. According to Arches, this model was similar to the 1952 model and still used bronze bells. But after two decades the bells once again fell silent as the 1982 installation ceased to work. However, as everyone on campus knows, the silence didn’t last forever. Bells still fill the crisp fall air with their chime, so something must’ve stepped in to fill their place. Believe it or not, the library — that quiet place of learning — is where the booming bells live today.

The library bell is the oddest bell on campus. In fact, it isn’t a bell at all. It possesses the sounds of bells, but the sounds are coming from a machine. This machine plays sounds from the comfort of the library clocktower every moment it hits the half hour, twelve, and five mark. Indeed, this machine appears like something straight out of the eighties that automatically played various songs. Then, in 2016, the noon song was replaced with the University’s Alma Mater, which hadn’t been heard booming across campus in years. After a long journey of several bells in multiple locations, the bells — or their robotic counterparts — rest safely in the library, waiting for the half hour to roll by again.

So the next time you are watching people stream out onto Commencement Walk from Wyatt as a bell chimes in the distance, it might just be worth it to thank those ringing robots who bring music and punctual time keeping to our lives.