The Trail
HomeFeaturesDisaster in the distance: Mt. Rainier
Features

Disaster in the distance: Mt. Rainier 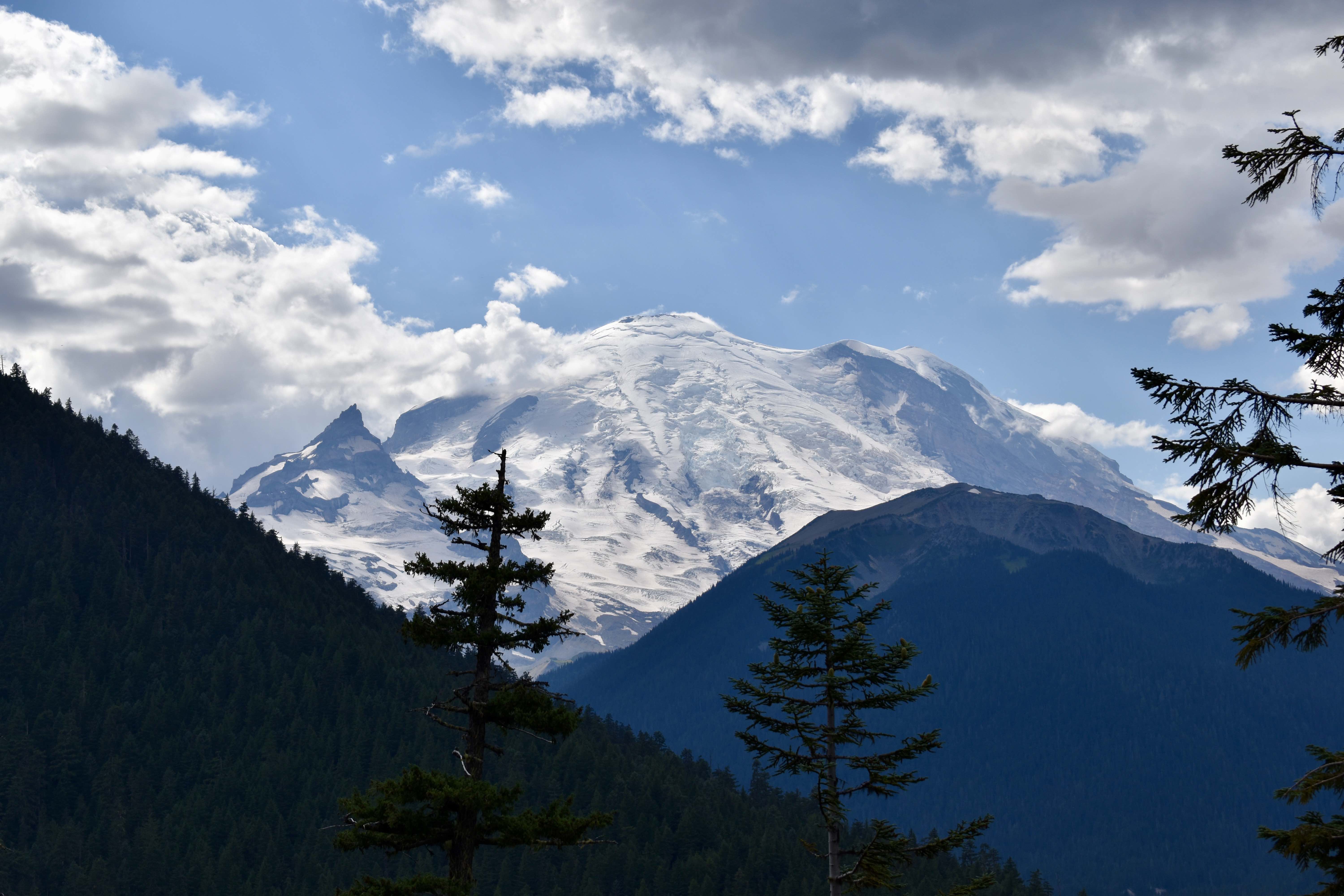 Tacoma stands in the danger zone of Mt. Rainier, one of the most dangerous volcanoes in the United States Photo Credit: Andrew Benoit

Mt. Tahoma, that looming vista in the distance, might just be the most dangerous volcano in the U.S. Surrounded by glaciers, overdue for an eruption and close to several major population centers, her eruption would not be a subtle thing. This is not the worst of it for the PNW, either, situated as the region is along the Cascadia subduction zone. That’s right: we here at the University of Puget Sound stand in the potential blast zones of not one, but two major natural disasters, caught between the “Devastating Volcano” and “Catastrophic Earthquake” double feature. Now, I understand the instinct to panic; dropping out and moving to the exact middle of the country may seem like an appealing option, but let’s take a look at the specifics of what these events could look like.

Starting with our beloved Rainier, the chief threat posed by an eruption would be the lahars — dangerous flows of water, soot and volcanic mud capable of ridiculous speeds — that would almost certainly follow. As it stands, Rainier has 25 major glaciers that contain close to five times as much water as the rest of the Cascade volcanoes put together. While it’s easy to imagine the lava, ash, or other more apocalyptic dangers of volcanoes, the real danger to Washington would be these lahars, fueled by glaciers, that could sweep all the way to the Sound. According to an article published on Snow Brains’ website, the flows would likely annihilate anything in their way as they rushed to meet the sea, making lava the absolute least of our concerns. We’re not, however, immediately doomed should the mountain lose its cool; three of the four main river valleys surrounding Rainier have dams that could, if drained in time, seriously slow down any mudflows.

This is saying nothing of “The Big One,” the catastrophic earthquake/tsunami double punch that is slated to happen when the Cascadia subduction zone finally reaches its long-overdue breaking point, seeing our continental plate finally snap over another and lose dozens of feet of elevation in a second. Along the Interstate 5 route, estimates suggest it would take 1-3 months to get electricity back, 1-12 months to get water and sewage working, 6-12 months to restore major highways and over 12 months to get health care facilities back up, according to the New Yorker. This is to say nothing of the coastlines, the cities, the places where people simply won’t be able to get away. It gets worse there.

Before we fall down the doom spiral, though, let’s talk about the M9 Project: centered at the University of Washington, the project is a multi-discipline and inter-field effort to prepare Washington for a magnitude 9.0 earthquake. Working with seismologists, city officials, geologists, and other experts, people like Professor John Vidale, director of the Pacific Northwest Seismic Network, are making strides in early warning systems that range from cell phone alerts to broadcasted updates that could give people the precious time they need to get to safety. Even with the possible “big one” hanging overhead, it’s important to remember that there are people working on issues like this, and that they are making real progress.