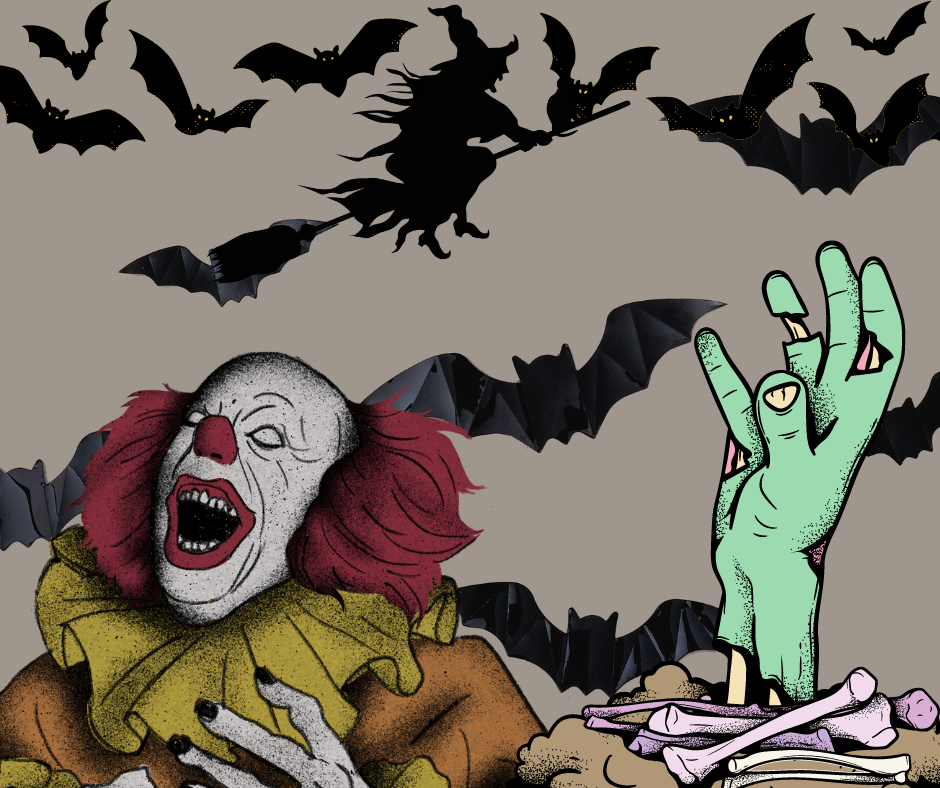 Halloween is almost upon us, and it’s been a long time coming. As we all know, the universally-beloved Spooky Month houses the only good holiday created by humankind, and arrives with all the eeriest trappings of the season. The effortless simplicity of the ghost and skeleton, the obnoxious semantics of Frankenstein’s Monster, the flagrant eroticism of the vampire, the unintentional, deeply regrettable eroticism of the werewolf — all these figures and more can only truly be appreciated throughout the Halloween Season.

As with everything else in the United States, though, Halloween’s boundaries are constantly expanding. Thanks to cross-cultural connections enabled by the internet and our generation’s healthy October fixation, some excellent monsters have been welcomed into the greater seasonal pantheon. Let’s talk about some of Halloween’s latest greats, and see how they measure up to its foundational ghosts and ghoulies.

I love Mothman. There hasn’t been a bigger underdog story in the past twenty years, and frankly, the guy deserves it. As we all know — or at least, should know — Mothman began as a mid-20th-century legend in the American Midwest. Quickly surpassing other, dumber cryptids like the Jersey Devil and the leagues of Loch Ness Monster knockoffs, Mothman boasted a unique modus operandi and visual design. Mothman, see, isn’t content with giving people a quick scare: the creature, taking the form of a headless, winged humanoid with red, beam-like eyes, only appears at the advent of a potential tragedy. The most famous example is of a group of travelers who saw Mothman shortly before a major bridge collapse, but this tale is only one of many throughout today’s Halloween canon. The underlying mystery is obvious: Is the Mothman responsible for these accidents, or is it offering a warning? We can, presumably, never know for sure.

When compared with America’s new number one cryptid, Killer Clowns are pretty dull as Halloween baddies. Undoubtedly inspired by the Joker and Stephen King’s “IT,” many Americans have been pushing the “evil clown” as the next big Halloween villain. The key word here is “pushing,” as the trope is forced as hell. We get it. Clowns are scary, and evil clowns remind us of stuff we’ve seen on TV. It’s dull, and you need better material. At least make the clown a zombie or something!

The only noteworthy result of Halloween’s clownification were the 2016 Killer Clown Rumors. You may have forgotten given everything else that happened that year, but in October 2016, whisperings circulated across America about a nascent, clown-masked countrywide terror group. The resulting panic then sparked a “Clown Lives Matter” movement in the professional clown community, who were met with actual death threats from clown-hating citizens. I’m still amazed that these events actually took place in real life, and if there’s one thing we can take away from the incident, it’s that most Americans have a clown inside them to begin with.

One final new Halloween monster worthy of mention is, of course, Cthulhu. It’s difficult to gauge how to feel about H. P. Lovecraft’s posthumous cultural magnum opus: for a beast intended to be incomprehensible, it has a surprisingly sleek visual design, and has been a little diluted by the ironic kitsch obsession of the early 2000s. Lovecraft himself is also famous for being one of the most morally reprehensible horror authors in American history, which adds some nuance to discussion of his work that creatures like Mothman can entirely avoid. Despite these issues, though, I can’t bring myself to entirely hate Cthulhu. Any horror monster that encourages people to read books and think about them critically must be worth something, right?

All things considered, the new inductees to the Spooky Season catalog have been a net positive for the holiday. There were certainly bumps along the way, but the good has outweighed the bad here. I look forward to some other lesser-known monsters assuming roles in the future Halloween canon. As an example, the Will-o’-theWisp has been overlooked for far too long! We can only hope that the best holiday of the year will continue to improve, and when aliens one day fly down to examine the remains of our ruined planet, they can take solace in the fact that, at the very least, we had the most kickass monsters in the galaxy