Seward dormitory undergoes renovations as enrollment and retention remain down 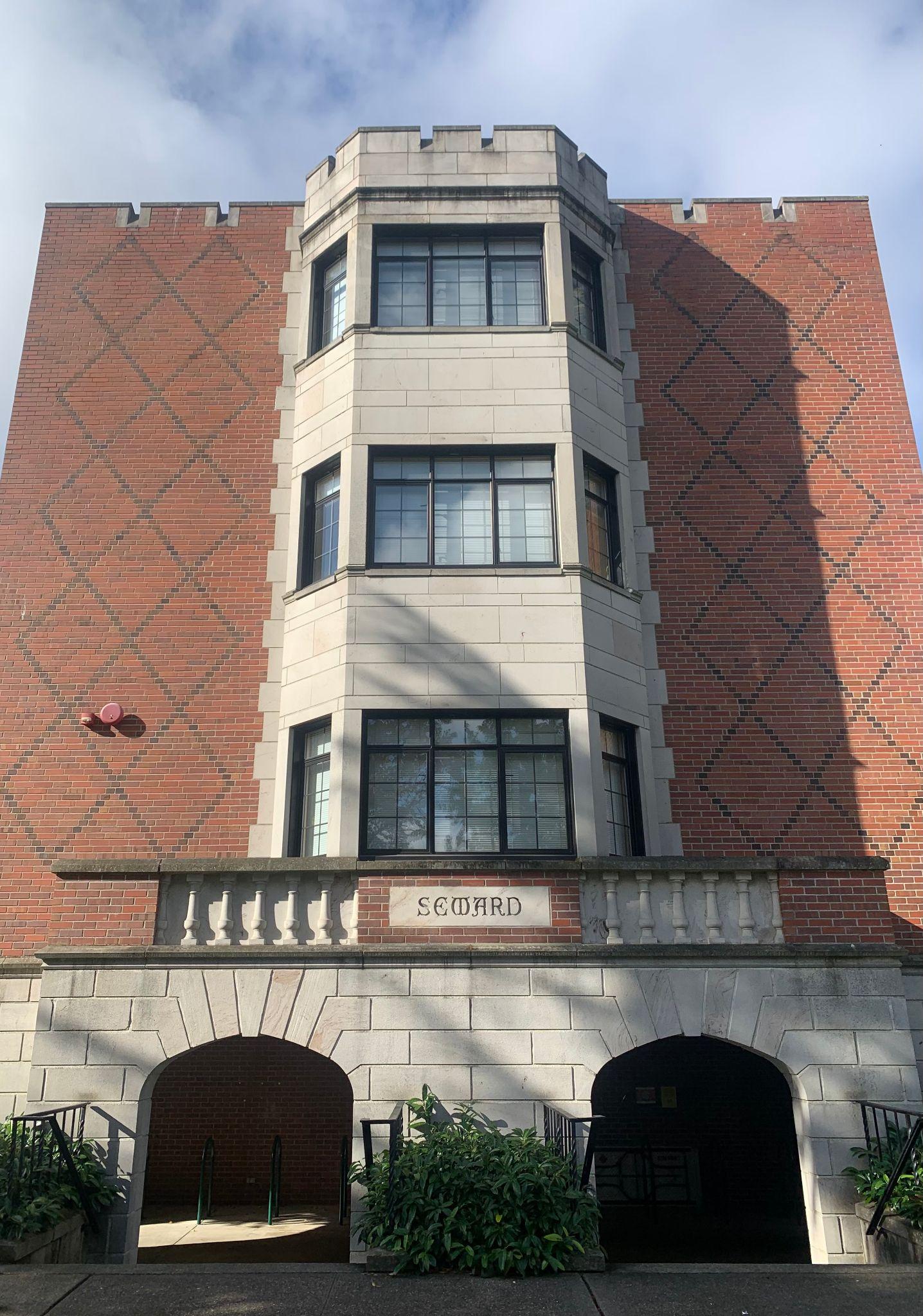 Blinds shut in Seward as the building is closed to students for renovations this year Photo Credit: Evie Babbie/ The Trail

Following the return to campus this fall, discerning students might have noticed vacancies in student housing: double rooms with only one occupant, empty on-campus houses, and perhaps most notably the completely empty Seward hall. These absences can primarily be blamed on the lingering effects of a global pandemic. Like many academic institutions around the world, the University of Puget Sound faced a sharp drop in student enrollment due to the Covid-19 pandemic. Compared to the Fall 2019 undergraduate class of 2,299 students, the total number for the 2020 Fall Semester fell to 1,898. The Vice President for Enrollment, Dr. Matthew Boyce, explained that the University was hit harder than other institutions by the pandemic due to its small size and residential model, but also because of its focus on community-building, which benefits from promoting in-person experiences to prospective students. He said, “Without a massive name in the market, it’s harder to tell that story without being able to use some of the best parts of who we are, which is community and location.” Since 2020, the number of undergraduates has continued to drop, falling to 1,866 in 2021— and as of Fall 2022, the undergraduate headcount is 1,712. These numbers align with the national enrollment statistics; according to data on the Fall 2021 semester gathered by the National Student Clearing House Research Center, “Undergraduate enrollment declined across all institution sectors.”

Another aspect of a healthy student population is undergraduate retention, or the percentage of first-year students who return to the University the next fall. In regards to forming strong connections with their peers and environment, Dr. Boyce said, “the first year is the most crucial for all college students,” and that “the university has had ebbs and flows with that.” Aside from the obvious health dangers, students face mental health and financial challenges imposed by the pandemic, leading many to forgo, alter, or postpone their plans for postsecondary education. During the late 2010s the University’s retention rate for returning second-years had already dropped, going from 85.9% in 2016 to 76.3% in 2019. While the pandemic did not have an immediate effect on retention, as the fall semester of 2020 had a rate of 88%, it seems as though the repercussions were felt more in 2021, where it fell back down to 78.7%. The National Center for Educational Statistics determined that in Fall 2020, most private non-profit universities in the US had an average retention rate of 63%, making the University of Puget Sound a positive outlier.

One final factor that might contribute to dropping numbers overall is what’s called a “generational cliff” — essentially, there’s just a smaller pool of college-aged people for universities to fight over. In this fight, bigger and more established institutions have an advantage over smaller schools. However, all hope is not lost. Dr. Boyce, who entered his current position in the summer of 2020, is confident that “we’re on the bounce back,” and that next year will be a true indicator of what the student population looks like in the future. We may not see a return to a student body over 2,500 anytime soon, but this does not necessarily signal the end of Puget Sound as we know it.