The Trail
HomeHighlightsTo mask, or not to mask.
HighlightsIssue 7News

To mask, or not to mask. 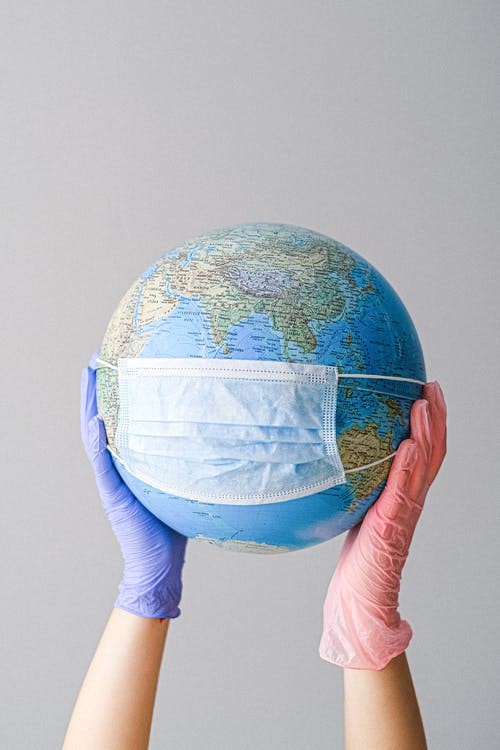 The University became a mask optional campus on April 5th, following in the steps of many states. Sophomore Phoenix Stoker-Graham mentioned feeling apprehensive when campus’ mask mandate dropped. “We’ve seen multiple times in our community and across the world that when cases are low, we drop the mask mandate, and so cases climb again, and then we need to mask again,” Stoker-Graham said. After a spike in campus cases, the mask mandate was re-implemented for all indoor activities on April 16.

Olivia Perez, first-year, thought the mandate dropping was funny. “I knew it was going to happen. But I thought UPS would’ve been smarter about it,” Perez said. She felt scared because the removal of the mask mandate put vulnerable people at risk. Abby Loboda, another sophomore, said she was indifferent. “I think that is partially due to the fact that I am fairly desensitized to the severity of Covid after living in this weird state of life for so long,” Loboda said. Loboda intends to continue masking but accepts that she has no control over others. “I was interested to see what the consequences would be if any,” Loboda said.

When the mandate dropped, Loboda saw mixed reactions from her peers. “I saw some completely welcome the lack of masks, which at times was uncomfortable for me, and then others advocated for our classes to continuing masking out of respect for everyone,” Loboda said. Loboda was annoyed by the bullying from both sides. “I feel like that is very unnecessary and somewhat childish, but I also understood the frustration which was never towards me directly,” Loboda said. Stoker-Graham was disappointed in his peers who didn’t mask. “I understand that they are completely within their right to do so, but after all our experiences with COVID, wearing a mask in public settings just seems like it has far greater benefits than downsides,” Stoker-Graham said. Perez mentioned that she noticed a lot of students took to the university’s unofficial Missed Connections page. “On social media and through my peer circles, most people didn’t want it removed and were confident they would continue to wear masks,” Perez said. Perez said many baseball players had COVID, which she believed contributed to its spread. She was also shocked at the number of professors who didn’t wear masks.

Perez, who lives with her grandparents, started double masking and avoided eating in the sub when the mandate dropped. “I know people don’t usually wear them in the sub anyways but with it not being required that made me even more worried about eating in a room with a lot of other unmasked people,” she said. Stoker-Graham shared her concerns. “I often made sure my mask was more tightly-fitted than it was before the mask-optional policy was implemented. I shied away from crowds on campus more than usual, and when I could, I tried to sit close to people who were wearing masks in my classes. Sitting by an open window also helped relieve some of my anxieties,” he said. Loboda mentioned that she felt relieved to not need to mask in buildings. “I wasn’t afraid to take a drink of water or take a couple of steps into a building before putting on my mask,” she said.

All three did not think unmasking would last. “From day one that they announced it, I was laughing at the irony of it,” Perez said. Stoker-Graham felt it was inevitable that the mandate would be back. “As I said earlier, we’ve seen time and time again that when mandates get lifted, cases rise again,” Stoker-Graham said. Loboda mentioned that “I was counting the days until we had an influx of cases. I laughed when it happened especially so quick.”

When the mask mandate was reinstated, Stocker-Graham was unsurprised but relieved. “I think keeping masks on until the end of the semester was the right move to begin with, so in my opinion, it’s kind of silly that administration removed the mandate at all,” Stoker-Graham said.

Perez said she and her friends shared similar sentiments. “I knew it would happen and I don’t know how the school could’ve possibly thought it wouldn’t need to come back in place,” Perez said. Loboda found the situation ironic and humorous. “It was also interesting to see how such a small article of clothing held such an impact over people and their emotions,” Loboda said.