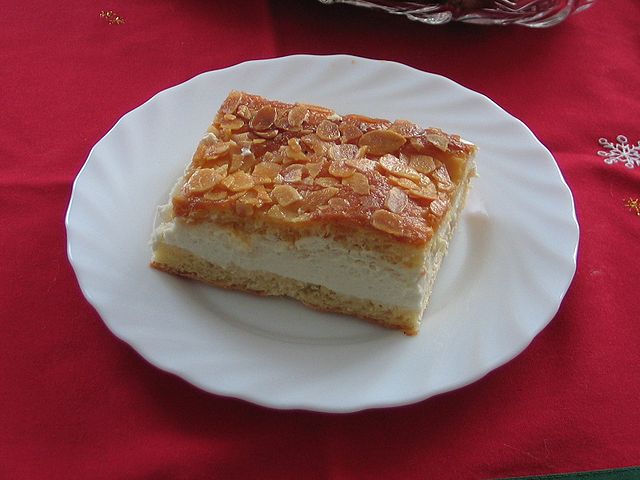 At a young age, I decided I would take up German, because what better language to learn when you’re a weird nerd with no friends. Plus, my mom wanted me to take Spanish, so taking German came with the bonus of rebellion. I like to tell people that I learned this language of love to pick up women, but I’ll admit that I haven’t successfully seduced anyone yet. Which is odd, because I can’t think what would be more attractive than a hearty, glottal ‘r’?

As a gluttonous individual, I wanted to use the designated student propaganda column to talk about one of my favorite ways to engage in cultural learning: food. Allow me to introduce you to two of my greatest Tacoma area food recommendations. Housed within the same Lakewood building, Hess Bakery and Cafe Lalague German Pastry Shop are worth the trek.

Hess is an excellent place to find all of your favorite German supermarket items and the best pretzels that I have had outside of Germany itself. Cafe Lalague is the perfect spot to stop for a cup of coffee and a slice of cake. It feels a bit like your traditional American deli with soups, sandwiches, and your assortment of cheery walking fossils–albeit ones that are hollering German pleasantries at one another. Cut-glass lamps intermingle with fluorescents, and brown seems to be the main decorative motif.

If you sit long enough and order a notable enough quantity of cakes, someone will begin lamenting how their order pales in comparison to yours–others will simply nod approvingly at your selection. Should you choose to risk further engagement, you will be regaled with their entire life story. I met a family that drives all the way from Vancouver, B.C. to come and get a “taste of the old country.” At 11:45, we are all deemed awake enough by some cafe authority to begin playing various German hits from what must be the 70s or earlier. This is an ideal time to begin contemplating the watercolors and murals of various German locales as you suck down your feast.

As for what to order, the Bienenstich or Bee Sting cake is a must-have. A long time ago, a group of bakers fought off some raiders by chucking beehives at them and to celebrate they invented one of the tastiest cakes to ever grace my goddamn tongue. Two slices of cake hold a buttery, egg custard that has been whipped to the consistency of a cumulus cloud. The top layer is covered in a decadent almond crust that is slathered in crystallized honey, which contrasts pleasantly with the delicate custard. The cake is then cut into a square resembling the slice of the honeycomb from which it takes its name.

That being said, there’s no wrong order, and I strongly encourage experimentation in all parts of life. Every one of the shop’s cakes has a uniquely fluffy whipped cream frosting, and–if you’re more of a pastry fan–tarts, danishes, éclaires, and puffs abound. Buy enough sweets and maybe some nice old lady will teach you her favorite German pick-up line.