The Mystery of Pho Corner 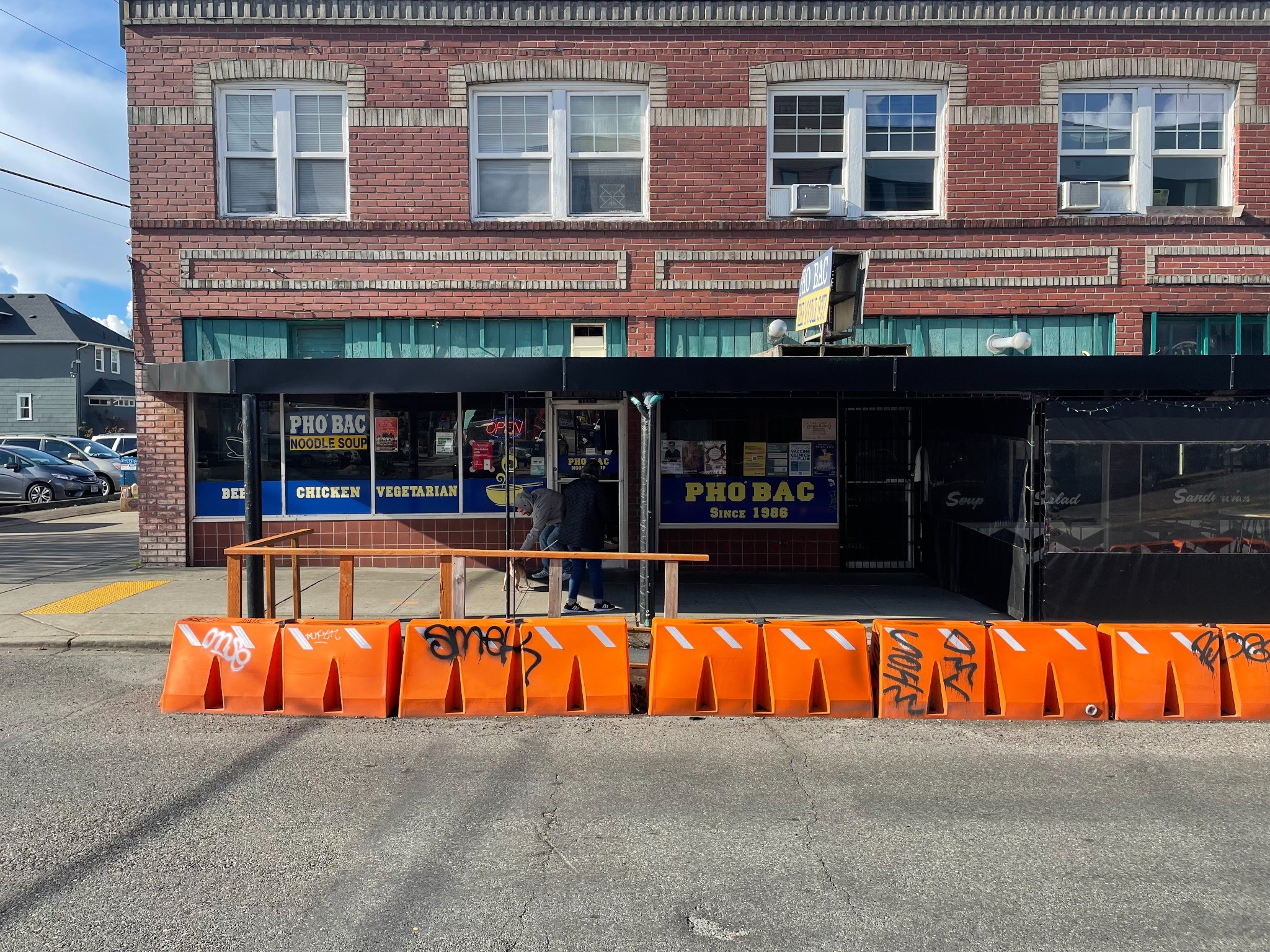 On the corner of S 11th St. and M.L.K Jr. Way, there are three dining establishments that specialize in Vietnamese cuisine, namely the famous south-east Asian broth noodles called pho. Pho Bac Cafe, Pho King, and Le Le Restaurant offer different takes on the Vietnamese dining experience, but being so close to one another is a strange phenomenon.

Originally introduced to Pho Bac Cafe through a local Tacoma friend, its consistent delivery of quality pho and friendly service make it a personal favorite of mine in Tacoma. As I frequented its location in Hilltop, I couldn’t help but notice its neighbors around the corner boasting much larger pho signs, almost as if in competition with my favorite place. I thought it was strange that there’d be three Pho-specific restaurants in such close proximity to each other, but thoroughly pleased with my experience at Pho Bac, neither of its competitors tempted me. That was, until one evening I arrived late– 7:03 pm and Pho Bac had closed. I decided to try Pho King and was puzzled once again by the restaurants’ neighboring spaces.

Owner of Pho Bac Cafe, Sunny Chu, situated on the corner since his parents opened the location in 1983 (despite the sign on the front of the building proclaiming 1986), and ever since Pho Bac Cafe has served the community a simple bowl of pho without worrying about those around him. With just three employees and little more than a single menu item, he claims Pho Bac is all about the simplicity of food: “I’ve been in the food industry and I think if you just make it good, focus on the food, that’s all that matters. People will come back to you based on the taste, nothing else really.”

Sunny’s restaurant has been there the longest and each time I dine there, a number of regular customers have been present. He has a personal connection to his customers and the community. After you dine at his restaurant, he will remember your order, so the next time you step through the door, he knows what you’re going to order, and gets to work. On certain days of the week, he leaves the larger bones, which he uses to make his pho broth, out on the street for a pack of dogs– more regular customers. He doesn’t see the other two restaurants as a threat or even competition at all: “No competition man. It’s just they have their customers, and I have mine. People go back to the places they like”.

Pho King is most similar to Pho Bac Cafe, of its Vietnamese neighbors. Owner Lily Do moved to Hilltop, from Seattle in 2010, looking to serve a smaller community. “When we moved here, we didn’t know anything about this neighborhood.” Like Sunny, she’s built a strong connection to the community based on quality food and customer retention.  The most glaring difference between the two is Lily’s diverse menu. Lily explains the difference between her menu and Le Le Restaurant, the third Vietnamese restaurant in the area: “We serve all types of Vietnamese food, and even if it’s the same item as theirs, we come from different parts of Vietnam so the taste is different.” Her five to six-employee operation produces an experience unique from Pho Bac Cafe, with a variety of menu options, but the two share a passion for connecting to the community. Lily also doesn’t feel like there’s any competition between Pho King and Pho Bac, leaving the mystery of Pho corner unsolved.

The final destination, two buildings down, Le Le Restaurant, specializes in Asian-Fusion cuisine. Its signs advertise for warm Pho, the third choice within a 100-yard radius. Le Le serves an even wider array of dishes than their neighbors Pho King- the nature of Asian Fusion being a conglomerate of different cultural cuisines. The restaurant is more family-oriented with large dining tables, lots of open space and amenities like a fish tank near the cashier’s desk. According to Sunny, in a similar manner to Pho King, the two restaurants serve different customer bases and have never really interacted much.

The corner is home to some of the best Vietnamese food in Tacoma, and making the rounds to all three restaurants is a worthy endeavor. The underlying question of their placement however remains a mystery. Each store owner claimed the nature of their competition is practically nonexistent, and from my brief time in each establishment, the customer demographics appear distinct.  S 11th St. and M.L.K Jr. Way is a corner all about simple pho for the community.