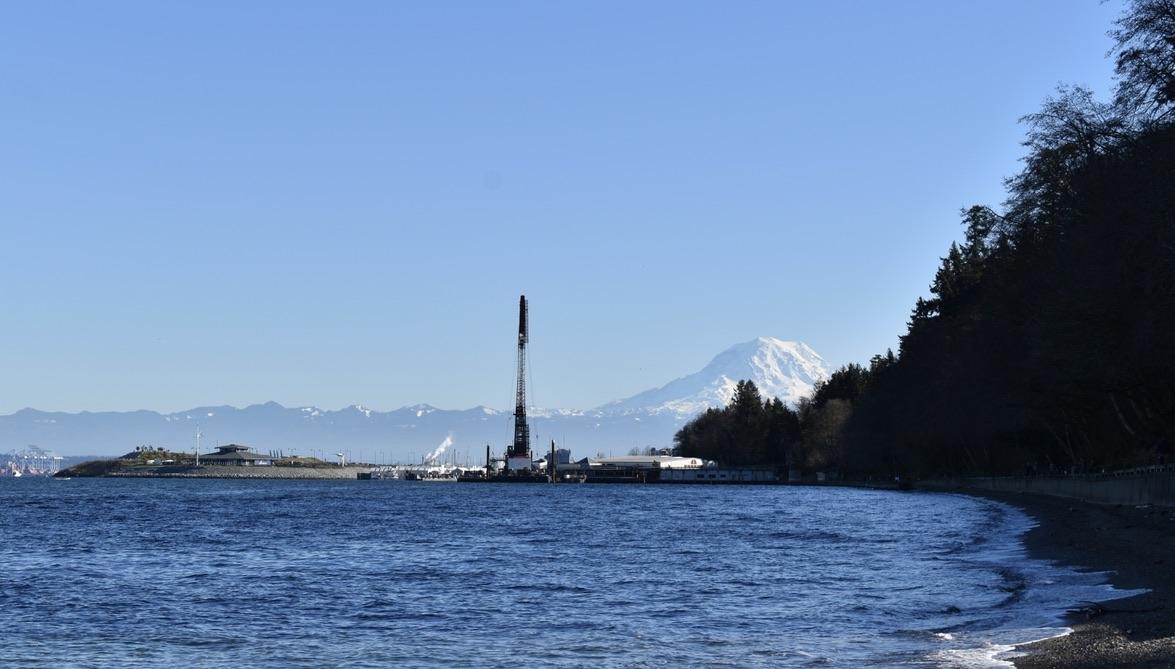 A name can tell a story, make a claim, and reflect a relationship. Beyond that, the way we refer to a place dictates the people and experiences welcomed into its space.

For centuries, people in the United States have contested the naming of places, from cities to streams to national parks. Renaming and restoring Indigenous place names involves a recalibration of how we think about history as well as the future. Locally, movements to remove the inappropriate names of “Mount Rainier” and “Pierce County” are gaining traction.

Professor of North American History, Doug Sackman, described the history and motives behind the mountain’s name. In the late 1700s, the British explorer George Vancouver sailed around what is now referred to as the “Puget Sound,” named for his Lieutenant, Peter Puget. According to Sackman, Vancouver was searching for a passage through the continent. He went around naming anything he wanted after his friends– in 1792 he named “Mount Rainier” after another friend of his, Peter Rainier, an admiral in the British Navy who fought against the United States in the Revolutionary War. Sackman said, “So he’s kind of a Johnny Appleseed of nomenclature around here, bestowing imperial names. And he’s literally networking when he chooses a name. ‘Big mountain, gonna name it after my well-positioned friend.’”

Sackman said of the naming, “It exposes a deeper arrogance really. Vancouver is lost, basically. He’s looking for something, he talks to the Puyallup people. They tell him he’s not gonna find what he’s looking for, which is a water route across North America, the Northwest passage. And then he decides that he gets to name everything around.”

The Puyallup Tribe has always contested Vancouver’s naming of the mountain and recently renewed discussions on formally recommending an alternative name, according to KIRO7 News. Members of the Tribe told The Trail that they are waiting until the Council’s internal process concludes to comment on the issue.

To the Puyallup peoples, the mountain is called təqʷuʔməʔ (pronounced “Taquoma.”). Brandon Reynon, the historic preservation officer for the Puyallup Tribe, told KIRO7 News that the Twulshootseed name for the mountain translates as ‘mother of all waters’.  Sackman thinks this name “reflects something ecologically and socially real about the mountain. The name in that sense reflects a relationship, rather than something more superficial.” To Sackman, restoring the name of the mountain is “highly, highly overdue. Naming it after Peter Rainier is a toponymic abomination in my opinion.”

Another local effort is underway to rename “Pierce County.”  The name of the 14th president of the US, Franklin Pierce, is found all around Tacoma. Sackman described Franklin Pierce as “basically an anti-abolition president.” During his Presidency from 1853 to 1857, Pierce “enforces the fugitive slave law, which makes all parts of the United States a terror to live in if you are African American” Sackman said. Sackman affirms that “Pierce as a president is largely forgotten. But he stands on the side of white supremacy as the national policy in this country.”

One advocate for renaming Pierce County runs a Twitter account called @TahomaCountyNow. “​​A county name pays tribute to its namesake – the person, place, or thing it’s named after. Pierce County is named after — and honoring — a president who supported retaining the institution of slavery,” they said. The user proposes “Tahoma” (one anglicized version of təqʷuʔməʔ) as an alternative county name.

“Tahoma County, to me, would signify respect for Salish peoples, the natural environment, and all the people who live here. It could change the self-image of the county from one that accepts what it can get to one that demands progress – environmentally, socially, culturally, and economically,” they said.

Washington State set a precedent for this in 2005 when they reattributed King County’s name from Rufus King, Pierce’s slave-owning Vice President, to the more befitting Martin Luther King Jr. The name change brought to Sackman’s mind Dr. King’s quote “the arc of the moral universe is long, but it bends toward justice.” Sackman pontificated that the name change might signify this “bending of the arc of the moral universe” that Dr. King imagined. Sackman said, “I think if we want to update our history and a sense of who we are and where we might be going, take the lead from what they did in King county.”

To @TacomaCountyNow, renaming Pierce County might trigger further changes in our community. “​​It might also restart a serious effort to restore the name of Mount Rainier to Tahoma or another historic native name. But renaming a county is easier than renaming a mountain.”

Doug Sackman said “Naming can reflect values. It can exert a kind of power.” Renaming and restoring Indigenous place names on its own won’t make a place more inclusive, however, some see it as a step in the right direction. Restoring the name of təqʷuʔməʔ doesn’t atone for the fact that “Mount Ranier National Park” is on stolen land. But perhaps, if Tahoma can reckon with the history of slavery and the genocide of Native Americans through names, it can better address the legacies of these histories for current residents.