We Need a New Narrative on Homelessness 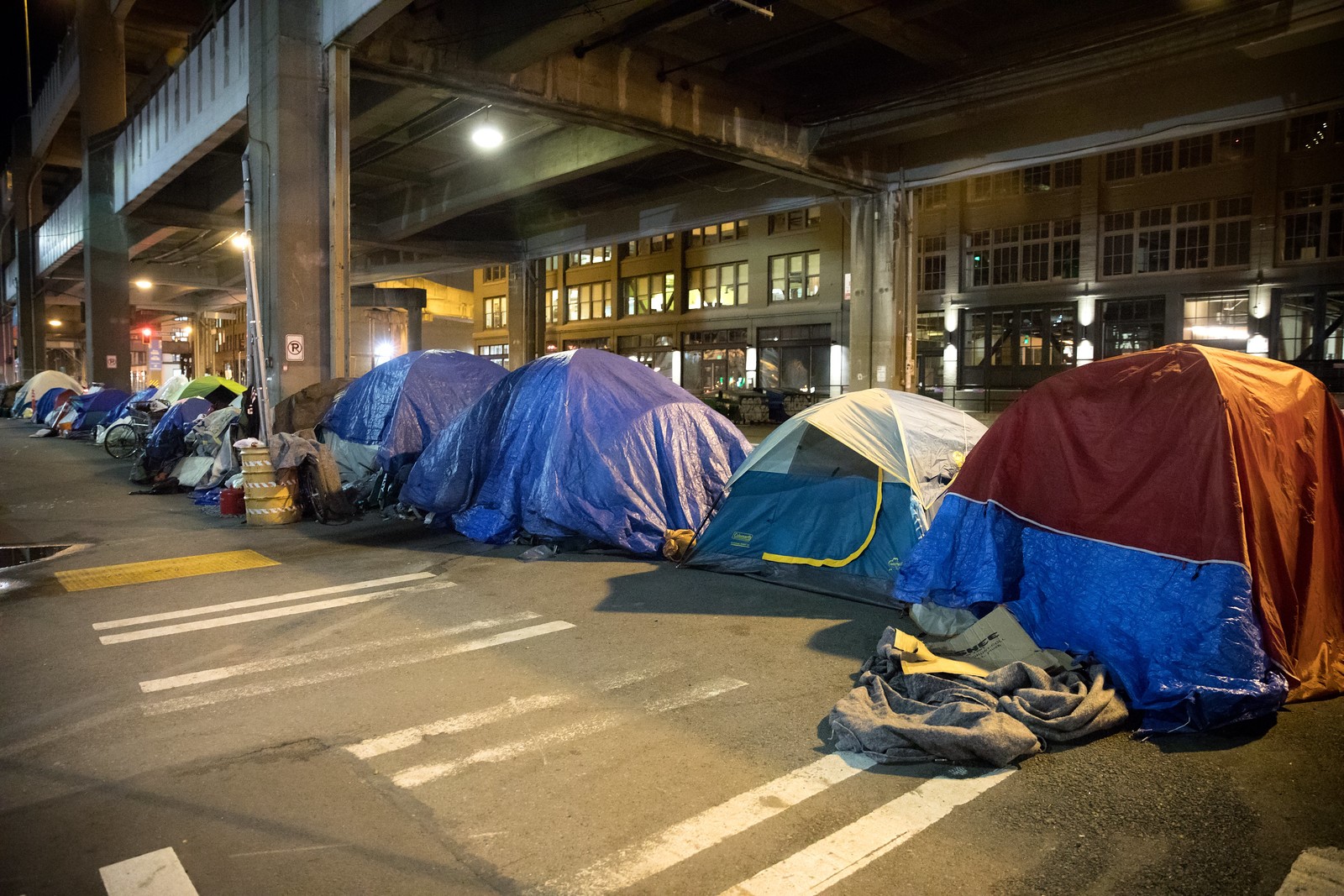 Washington’s massive homeless population is no secret. Our houseless citizens survive on the dangerous edges of the wealthiest society in the history of humanity. Large tent cities are almost impossible to miss, and the raging discourse around them is harder to avoid. According to data published by Pierce County and the Department of Housing and Urban Development, there are 3,300 people experiencing homelessness in Pierce County alone, and over 22,900 in Washington.

By all accounts, the homelessness crisis remains on an upward slope. In 2021, the US Department of Housing and Urban Development reported a 6.2% increase in Washington’s homeless population. A 2013 National Center on Homelessness and Poverty report to the UN alleges that the living conditions of homeless people in America are  “cruel, inhuman and degrading” and their treatment is a violation of human rights under international law.

The picture in Washington reflects the harsh realities of the report. Right now, authorities in the area seem content with making people dance the Sea-Tac Shuffle. Homeless encampments are constantly removed and people are chased from one spot to the next, often forced to part with basic necessities like sleeping bags and even personal identification cards in the process. Supporters of this tactic and other inhumane measures affectionately refer to it as “tough love.” The growing homeless population shows that this tactic doesn’t actually solve the base issues that cause homelessness, and is only exacerbating the issue.

Everyone knows the situation is becoming untenable, evolving into a crisis that threatens thousands of lives. However, universal recognition of the problem is where agreement on the issue ends. The roots of the issue remain hotly debated, and potential solutions are twisted into knots by cynical and warped discourse.

Students at the University of Puget Sound have a generally higher level of socioeconomic status which elevates the importance of their voice in the construction of discourses. As such, they have a responsibility to use that power to create more compassionate, reasonable conversations on the issue of homelessness.

Beyond fixing the systemic issues that leave people on the streets – which are actually quite clear, despite the endless attempts to muddy the waters by those on the right and their allies in the center – it does not matter why someone is homeless. The reasons for someone’s suffering should have no bearing on how they are treated. Yet, powerful political discourses, which have taken over much of the conversation, advocate the exact opposite.

Right-wing narratives moralize about people suffering from lack of housing. One 2018 article in the conservative publication City Journal, “Seattle Under Seige,” delights in calling homeless people “rats” and conjuring up an image of the homeless population as one rampant with rape and murder. The author paints all unhoused people as dirty drug addicts who take advantage of Seattle’s liberal attitudes.

The homeless population is frequently blamed for rising property crime, a narrative familiar in Tacoma, as organizations like Tacoma Safe groan about the impacts of homeless encampments on their businesses. Evidently, concern for profits exceeds care for human life. This dehumanization of homeless people as undesirable, crime-causing drug addicts who deserve their lot in life, operates functionally to permit any action deemed necessary for removal. And that’s exactly what has happened. Homeless people have been turned into objects of hate.

Take the comments on Matt Markovich’s, a journalist for Fox 13 in Seattle, Twitter post on the 25 of March depicting the removal of a homeless encampment in Seattle – the homeless population is written off as addicts, and wild conspiracy theories float alleging paid activists are responsible for the continuing crisis. One commenter seems angry at the idea of providing alternate shelter for the displaced people, “Find them shelter? Kick their asses out.” Some comment with glee at their removal, while others genuinely suggest that homeless people should be put in prison.

The narrative peddled by the right has been wildly successful. Any sense of empathy for the homeless population has seemingly morphed into detached fear. A few tents are all it takes for an area to be called sketchy, and suddenly Tacoma and Seattle are going down the tubes because people are trying their best to survive.

In response to the rhetoric of dehumanization that is propagated by groups like Tacoma Safe, organizations led by good people committed to helping people experiencing homelessness have sprung up around the Sea-Tac area. Groups like Compassion Tacoma (not to be confused with the disastrous and inhumane Compassion Seattle), Serve The People Tacoma and Stop the Sweeps Seattle are all doing their part to listen, serve, and help members of our community who are experiencing homelessness.

Students at the University of Puget Sound have a part to play too. Stop viewing homeless people with fear. Stop saying areas with tents are sketchy. Stop internalizing right-wing rhetoric about people in our community. Start calling people out when they parrot malicious narratives. Start constructing a new narrative on homelessness, one that emphasizes the humanity of those struggling to meet their basic needs as they are systematically disenfranchised. Start today.