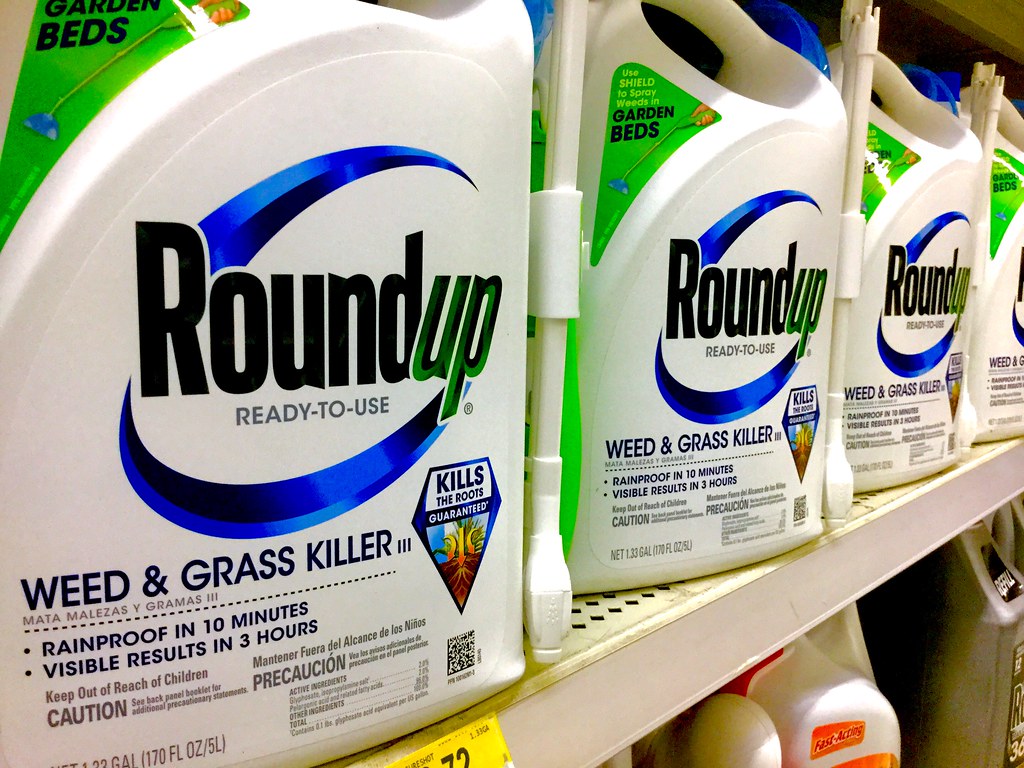 Capriana Jiang, third-year, took action after witnessing a groundskeeper spraying Roundup on campus in March. Concerned about its effect on pollinators and potentially carcinogenic properties, Jiang reached out to the Director of Sustainability, Lexi Brewer, and the Manager of Grounds and Automotive, Phil Hancock. Upon receiving an email from Jiang, Associate VP for Facilities Services Bob Kief conceded to halt the use of Roundup immediately.

Roundup is an herbicide containing glyphosate and neonicotinoids. Roundup bears a poor reputation and has been investigated for causing adverse effects in non-target organisms – organisms that suffer from effects not intended for them.

Glyphosate is a powerful antibiotic that disrupts the gut microbiome of pollinators. Research shows that Neonicotinoids have similar effects to glyphosate and are believed to cause Colony Collapse Disorder. Since our campus houses bumblebee hives, it struck Jiang as hypocritical for a campus that touts its environmental efforts to put pollinators at risk.

Research from the U.S. Environmental Protection Agency and the International Agency for Research on Cancer found a low probability that glyphosate causes cancer in humans. While the effects of Roundup are inconclusive, the possibility of carcinogenic traits is reason enough to search for a safer alternative.

When I met with Kief, Brewer, and Hancock, Kief expressed that he was pleased to get an email like Jiang’s because “it gave him the perspective to say ‘hey, you’re right, this is something that we have to think about for the future generations and campus.’” Facilities Services reportedly wants to be held accountable for its actions and improve its practices. “We want to be listening to our clients, and that’s our students, and we want to partner with them into the future,” said Kief.

Brewer explained that when a nasty invasive weed pops up on campus, one that the state requires them to eradicate, “the environmental ramifications of potentially letting something take hold is more than the potential ramifications of using that product.” According to Hancock, Roundup was used in targeted applications and kept far from any native or flowering plants. Kief added that in the 15 years he has worked at the University, the use of Roundup has decreased to a few times per year. Now that Roundup is no longer used, Facilities Services is looking for an environmentally-safe product to replace it.

Moving forward, Jiang expressed hope for more transparency. “I would really love them to continue following up with the Puget Sound community about issues like this.’” She also indicated the need for the campus community to “hold groundskeeping accountable for whatever alternative they agree to use now and in the future.”

Hancock said that instead of using Roundup, groundskeepers will maximize labor by “manually pulling weeds, which we’ve always done because we had never sprayed near plants.” In the past, students and administration have disagreed about how to balance landscaping maintenance and environmental health. Now, our campus community is reaching a clearer consensus that environmental health is the priority, thereby increasing the tolerance threshold for weeds on campus.

Brewer was hired a month ago, after the University went years without a director of sustainability. Kief explained that creating the position was a monumental step toward a more sustainable future. Within a month, the University will fill another new position: Director of Environmental Health and Safety.

Brewer plans to rebuild the sustainability website “so there is a one-stop-shop for that information and communication.” It is currently difficult to find information on the website about groundskeeping practices, and Brewer “would love for it to be easy.”

“We’re starting to review everything,” said Kief. “There are some things we’re just starting to re-visit, so to me, this is the tip of the iceberg.” He conveyed that “today’s student is totally different than it was in 07’ when I started, and it will change again. We have to be able to be very fluid in Facilities to adapt to that change.”