An Interview with the JSU Executive Board Members: responding to recent antisemitic vandalism 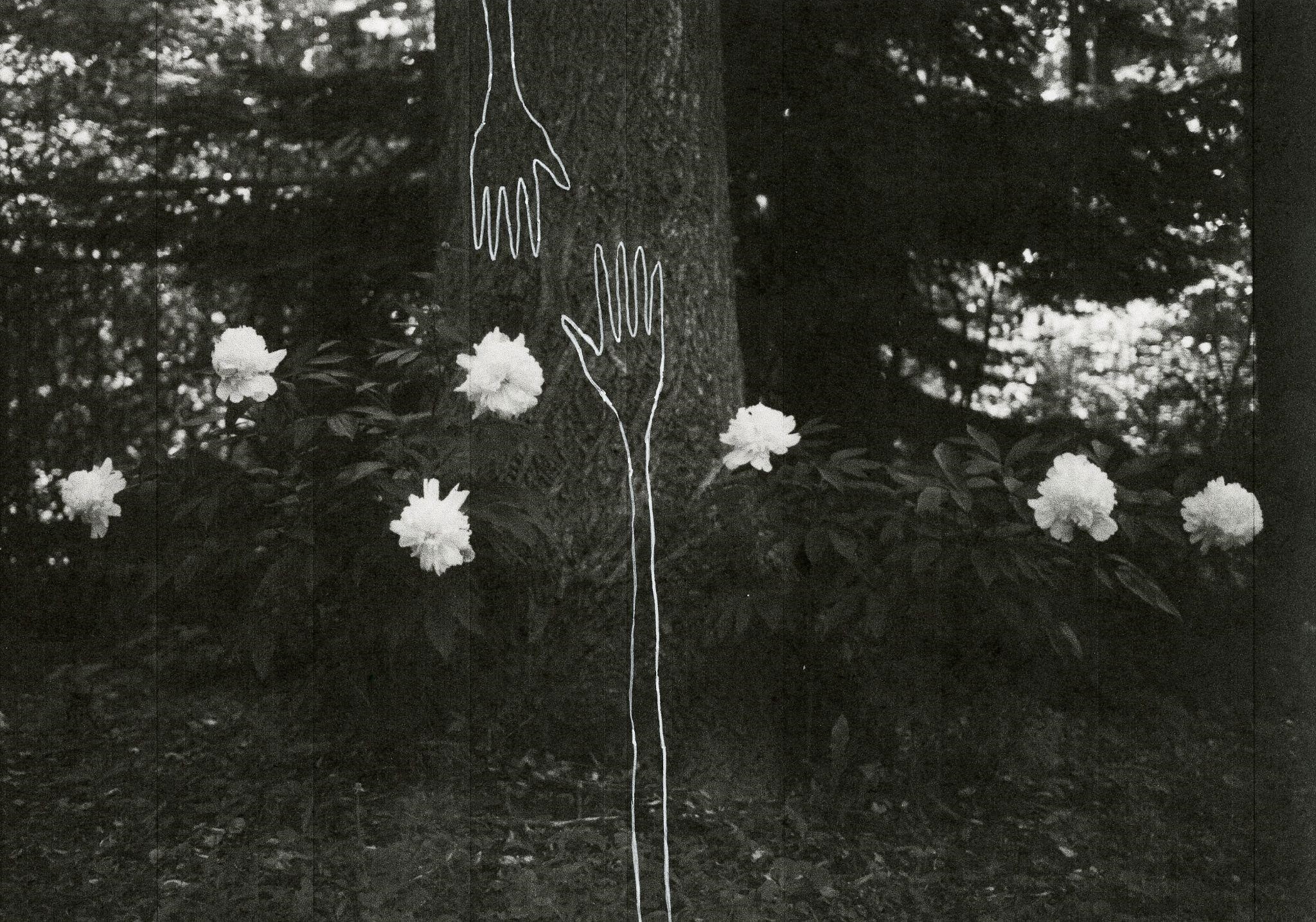 The University of Puget Sound campus community received an email from Vice President of Institutional Equity and Diversity, Lorna Hernandez Jarvis on Jan. 31 about an incident of antisemitic and white supremacist vandalism on campus. The vandalism was first noticed by a University staff member on an electrical transformer box near Lower Baker Field and was quickly cleaned up by Facilities Services. The email also stated that the University filed a report with the Tacoma Police Department.

Title IX Coordinator Sandra Braedt, alongside Security Services, is conducting an investigation into this incident and the numerous others in recent history. In an email conversation, Braedt told The Trail that when a report comes in, Security goes to the reported location immediately to photograph the vandalism and have it removed. She encourages the campus community to “report anything they see as soon as they see it,” ensuring dually that it is removed and to improve Security’s timeline of when the hate speech/activity occurred.

I sat down with three executive members of the Jewish Student Union who shared their thoughts on the recent antisemitic vandalism.

This interview follows months of white power/supremacy sticker reportings around campus and proceeds the most recent incident of a supremacist hate symbol left outside Puget Sound’s production of Indecent: The story of a little Jewish play.

The recent antisemitic vandalism incident is not a localized problem, but something that has continued recurring frequently for years. How does this affect the feeling of belonging for Jewish students on campus?

Mimi: “I mean, maybe kind of obviously it doesn’t make me feel like I belong. I have been here for four years on campus and every single semester there has been at least one instance where we’ve gotten an email like this, usually more. I have been on exec for two years and last year we spent more time responding to antisemitic acts like this vandalism than we did planning cool community events.

I’ve had many moments of calling my mom crying, like ‘I don’t belong in this place and people don’t want me here.’ There is the one percent, or less than one percent, of people who are really horrible. But then there’s the 95% of people who just don’t care, who don’t read their emails, who don’t show up to the events we put on and don’t engage in this. I think that’s what’s so frustrating to me, is that people don’t care. That’s what makes me feel like I don’t belong, the people that don’t care.

There’s antisemites everywhere but then there are people who could be doing things, they aren’t mean and bigots, but they just don’t care. To me, that’s how this affects my sense of belonging. Seeing something like this happens and nobody’s talking about it except for me and my friends who are Jewish.”

Hannah: “We received an email the day before the campus-wide email went out. Which is protocol, you’re supposed to tell the people directly being affected first. I was not surprised at all, but it’s disheartening when it gets kind of lost in everything. Especially coming off of the hostage event in Houston and the rise of antisemitism in general, seeing that it is happening on campus and it’s just run-of-the-mill news, and the only people I talked about it with are Jewish people. Those are the people who don’t need to be talking about it, we’re not the ones who need to be reckoning with that and yet we’re the only ones reckoning with it. That is really frustrating in a lot of ways.”

Eliana: “I think it’s a two-prong issue. We have to decide where we’re going to put our energy. Is it dealing with antisemitism, or proving to the rest of campus that antisemitism is real?  That two-prong is exhausting. You’re experiencing hate, and you know it’s not made up, everyone gets the emails. You’re experiencing hate and then you have to prove to everyone that you’re experiencing hate, which is really draining. I think that we’ve experienced that on the micro and the macro level, you kind of begin to gaslight yourself into thinking it’s not real. I think the campus community has done a really good job of coming together and supporting us, but that it could go one step further and begin to understand the issues a little bit more.”

Mimi: “And be preventative.”

Hannah: “I think it’s funny that you mention gaslighting yourself because it’s weird like in a way I feel like I’ve spent so much time in the last year gaslighting myself like, ‘Oh it’s not really that big of a deal, I shouldn’t be so concerned about it, there are so many other issues of racism on campus and acts of hate and microaggressions.’ Trying to explain to myself why it’s justifiable that there hasn’t been as much of a response, but then I have these moments where it hits me and I’m like wait a second – why am I explaining the lack of response? We should be upset and angry. Our hurt, and the antisemitic acts against Jewish people – that’s enough.”

Do you feel adequately supported by the University in situations like these?

Eliana: “I think that there are pockets of goodness on this campus, but that doesn’t negate the fact that there’s still a lack of help. Every club on this campus that has experienced hate or discrimination has bulleted lists of things that would make them feel more safe or comfortable. There’s things that our club has brought that have not been listened to, there are clear steps that would make us feel more safe. And safety is not just making sure there’s no stickers. If you look at most universities in the United States there is some paid staff member who helps Jewish students. There is not a single person on this campus to help Jewish students. We have Dave who is amazing, but he’s a chaplain. At the end of the day, he’s not Jewish. Most colleges have a Hillel or a Chabad …”

Mimi: “Or a Jewish Life Coordinator or something like that.”

Hannah: “Or even an active advisor who’s really helping to move and pivot the club.”

Eliana: “I think that the OIED office and Tolu and Vivie are awesome, and their team and the student support – Neomi and Maija help us a lot. But at the end of the day when we have questions, we don’t have someone to go to. I think that’s really difficult for a lot of students. We don’t have a vast knowledge. When we have a student come to campus who needs a Kosher meal we’re the ones who are contacted. There’s no one on campus to contact except for us.  That’s a really interesting place that we play because that’s a support that The University should guarantee, and has promised to guarantee. And they do provide Kosher meals but they have to come through us first. So, when we have a student and they want a Kosher meal, or they want to go to services or go to a Jewish summer camp or anything we’re the point people that they go to. Which is awesome, but there should be someone that is paid to do that.”

Mimi: “We’re just here to create a space for people to fully be themselves but we’re not able to fully do that because we don’t have the expertise…  This is a club, but it really feels more like a job. We can’t just show up at meetings and say ‘this is what we’re doing today,’ there’s also all this other work. That’s where we need the support that doesn’t exist.”

Eliana: “Being a part of a marginalized group on campus we understand that we’re not alone in this. I think that the MIBU demands are a bulleted list of things that benefit all marginalized students including us. Safety looks like a lot of things, and safety for all marginalized students on this campus is our top priority. If we’re experiencing antisemitism, chances are another club is experiencing hate too and it’s our job to make sure that no one has to deal with that.”

What can non-Jewish UPS students do to support our Jewish peers?

Mimi: “Pay attention to the emails that get sent out. Read them and show up to events. Engage with this. My biggest thing is people showing up and learning. We put on educational events. Last year we put on a panel on the history of antisemitism and whiteness, and people showed up but the people who showed up are the people who always show up. So, show up to things! Come to the events we put on, like Passover. Passover is going to be an open campus event, a way for people to have fun and learn and experience the joy of Judaism and not just antisemitism. Make an effort to come to things, make an effort to be there when we’re doing things on campus. Make an effort to read the emails that are sent out and see if there are action steps in the emails. When we send out emails, we include articles about antisemitism that people could read, so read those articles. We are taking the time to do this research and plan these events so that people will come, and when people don’t come it’s really frustrating. That’s my biggest thing, showing up and engaging…”

“Another thing about understanding and engaging, showing up to other identity-based clubs as well to be able to understand the ways that things intersect. We are a part of MIBU. Show up to the open MIBU events and put your support behind the things that marginalized students on campus are doing in general and it will help everyone.”

Hannah: “Maybe on a smaller scale, acknowledgment is huge. People acknowledge what’s going on and not pretending it didn’t happen. I think that if a professor acknowledged that this happened and that people are hurting that would be huge. Or if your friend said to you, ‘Hey I saw the email’’ or just ‘Hey, I see you.’ Social media and infographics are not as impactful as individual conversations and connections that you have with your Jewish friends.”

All three of the JSU executive team members expressed gratitude for the work of University Chaplain Dave Wright for their work combating hate on campus. Wright wanted it known that they are always available as a resource for students who are affected by hate, harassment or discrimination and that he is not a mandatory reporter. Their office is in Wheelock 219, and their email is dwright@pugetsound.edu.

To file an official report of discrimination or harassment, use the following link: