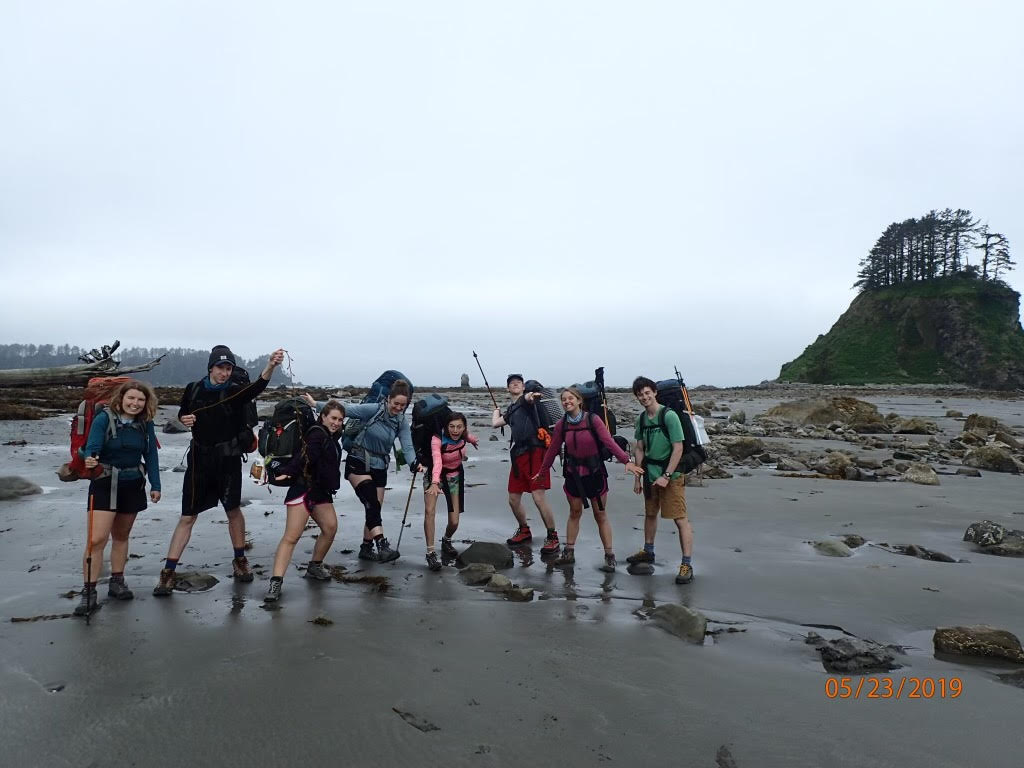 Washington is filled with opportunities for outdoor recreation. Tacoma itself sits between two mountain ranges, with the Olympics to the West and the Cascades to the East. Many Puget Sound students are drawn to the university because of the possibilities for getting outside. However, getting out of the city and into the mountains can be difficult, especially without prior outdoors experience. Puget Sound Outdoors (PSO) bridges this gap, and offers a long list of services designed to create access for students with any level of experience.

The Expeditionary, usually called the Expy, is an unassuming house located behind Wheelock Student Center on North Alder Street. The Expy is PSO’s base of operations and where the club organizes trips, rents out gear, and hosts workshops and more.

In addition to its practical function, PSO wants the Expy to be a place where students can feel comfortable to drop in and hang out. Sadie Fullarton, a PSO Coordinator, says that at the moment “the community is kind of stratified a little bit.” She feels that although there’s a strong interest in the outdoors within the University, PSO is still underutilized. Fullarton wants to change this and make the Expy a hub for the outdoors community. Allison Rosenquist, PSO’s Operations Assistant, agrees. “People can just come and sit and study. It’s open to everyone,” Rosenquist said.

A tour of the Expy’s gear rooms shows equipment for just about any adventure. All the gear is reasonably priced for students to rent. For those wanting to get in Washington’s chilly waters, they have wetsuits priced at fifteen dollars for the weekend. All the cooking equipment needed for a weekend of car camping is twenty five dollars.

The other main function of the Expy is planning trips. PSO offers a range of expeditions. Many are oriented to those with little or no experience in the outdoors. For example, last semester the club hosted a $30 rock climbing trip to Leavenworth for a one night excursion. No prior climbing experience required. The idea is that trips like these can function as accessible workshops, like an afternoon climbing lesson.

PSO does offer advanced trips as well, such as backpacking in Death Valley, California, or rock climbing in Smith Rock, Oregon. However, while trips vary in difficulty or duration, PSO’s intent on any trip is for every member of the group to enjoy the experience and create a feeling of community. Rosenquist went on PSO’s backpacking trip in the Cascades over fall break, explaining that the group’s experience ranged from none at all to quite a bit. Though the hike was challenging at times, she says that the leaders focused on teaching new skills and fostering an inclusive atmosphere. “Nobody was being like rushed or pushed into it,” Rosenquist said.

Despite the number of students interested in the outdoors at this University, those who work at PSO feel that the club lacks student involvement.  While COVID did shut down the trips for a while, Rosenquist is surprised by the lack of interest since returning.  “I think it’s honestly underutilized,” she said, “We have a lot of really cool stuff going on.”

Both Rosenquist and Fullarton feel that part of what keeps students away from PSO is a misconception about who should get involved. They explain that the outdoors can be intimidating for beginners and on the flipside, those with more experience can suffer from elitism. “There’s kind of an unfortunate misconception where people who are just starting out, like beginners, think that PSO is only for super advanced, super experienced people, and super experienced people think PSO is only for beginners. Everybody kind of misses out that way,” Rosenquist said. They emphasize that PSO is for any level of interest or experience in the outdoors. “Beginners should just jump right in,” Rosenquist says.

PSO also hosts lots of smaller events and resources on campus. Many of these are convenient and easy to access. For example, in coordination with the climbing club, they host women and non-binary climbing nights at the climbing gym on campus. Participation is free, and, of course, no experience required. For those that ski, PSO has a shuttle to Crystal Mountain on Fridays, as well as a free workshop every Tuesday night to teach students how to tune their skis and boards. PSO also has a bike shop, located in a shed close to the Expy, where any and all bike repairs are done for free.

PSO recognizes that the outdoors can be intimidating at first and outdoorsy people can be competitive. For some, this is fuel for further exploration, but for others it devolves into a matter of ego. Within PSO, however, “There’s a lot of people trying to go against that,” Rosenquist says. She emphasizes that PSO is not about pushing the limits of what’s possible. For them, the outdoors is a place to have fun, and to share that with people who feel the same.