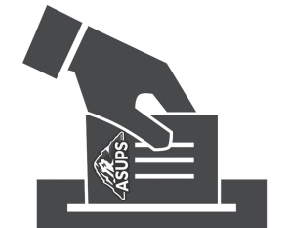 On Feb. 24th, 2022, the student body had 24 hours to vote for the Associated Students of the University of Puget Sound (ASUPS) leadership. The semesterly elections are simple; ASUPS emails a voting link to the student body when the polls open. From start to finish, voting should take less than five minutes. Despite this, the most recent election shows a continued lack of student engagement.

Sophomore Jack Simermeyer, one of ASUPS’s current senators at large, told me that with an undergraduate population of around 2,400, a mere 267 students voted in the remote Spring 2021 election. The Fall 2021 in-person election saw an increase of only 57 votes, with 324 students participating— 305 students voted in the most recent election, decreasing voter turnout by 19 votes.

In this election, candidates ran for ASUPS’s President, Vice President, two senators at large, and a Senator for the Sophomore, Junior, and Senior classes— all candidates ran unopposed. As the only Sophomore Senatorial candidate was disqualified and removed from the ballot, a write-in candidate will take that spot.

ASUPS holds significant power over the student body, allocating hundreds of thousands of dollars to student-led organizations. Simermeyer explained that ASUPS is “the voice of the student body, and even if you don’t want to be involved directly, and personally, it’s important to try to get your points across to the people in ASUPS’s senate because we have a direct line of communication to the President of ASUPS and to the board of trustees, which has a huge, huge amount of power and influence.” ASUPS elections are one channel students can use to exercise agency over student leadership.

Simermeyer emphasized the role of student interaction in successful ASUPS functions. As the chair of the elections committee, Simermeyer reduced the requirements for ASUPS’s candidates so fewer people would feel shut out of student leadership. Just as he once felt when he was attempting to enter the ballot.

The majority of the students I canvased leading up to this election had very little knowledge of what ASUPS does. The students with connections to ASUPS leadership were more informed. With apparent lack of interest that leads to a shortage of potential representatives, the scope of ASUPS’s impact is narrowing. To function properly, ASUPS needs input from the students at the University.

Nate Sansone, the only Spring 2022 Presidential candidate, mentioned that while marketing strategies, such as advertising, are a typical approach to increasing student engagement, “equity and accessibility are intrinsic to student involvement.” He said that students deserve leadership that works towards equity and accessibility on campus. In turn, student involvement might naturally increase. Sansone and Vice Presidential candidate Hannah Lillard ran on a platform of equity, accessibility, and transparency.

The sense of feeling unwelcome is evident through student movements for change, notably the MIBU demands, meeting their one year anniversary of release this month. Seeking to make change through a bureaucratic system and positions can be very frustrating. Many students prefer to pursue change through more personal methods.

Leadership will be inaugurated on April 21st. As current leaders are getting ready to move out, and new leaders are preparing to step in, the community awaits the changes to come. Many people hope for progress in bridging the gap between ASUPS leadership and the student body, by addressing the current distrust and wariness students have towards The University and its governing bodies.