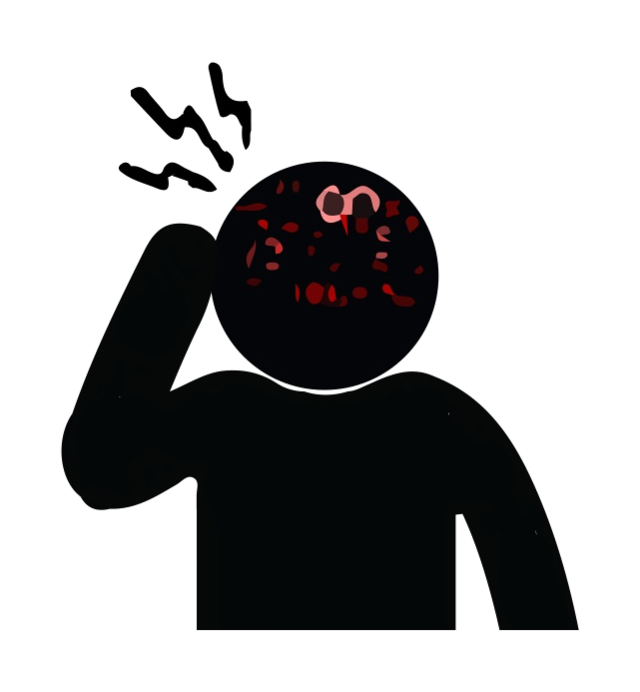 According to a study published in the BMJ, the British Medical Association’s peer reviewed medical journal, people who have had COVID are more likely to develop mental health problems, or worsen preexisting ones.

The study also found that people recovering from COVID were 55 percent more likely to be taking prescribed antidepressants, and 65 percent more likely to be prescribed anti-anxiety medications. Eighteen (18) percent of COVID patients received a diagnosis or prescription for a neuropsychiatric issue after testing positive compared to the 12 percent of the non-COVID group.

Dr Ziyad Al-Aly, director of the study, also found that it did not matter if an individual was hospitalized or not. During an interview with the New York Times, she noted that while hospitalized individuals are more likely to be diagnosed with a neuropsychotic issue, those who did not require hospitalization still face significant risk. .

The Trail wanted to see if having COVID greatly impacted student’s mental health on campus. We spoke with second year Ryan Bennet to see how their mental health was affected.

Bennet described their mental health before COVID as challenging. “It wasn’t great but I was managing. I got COVID my second week on campus as a first year so I was going through a lot of changes rapidly” Bennet said.

Bennet described isolation as “god-awful”. “I was in isolation for almost 3 weeks…I went insane in that beige room.” Bennet said.

When asked about how their mental health was after having COVID, Bennet spoke about the tie to their physical health. “As a result my mental health has been strained.” Bennet said in regards to their decreasing physical health. They also mentioned how they weren’t sure if it was long COVID or a pre-existing condition, but felt the need to re-evaluate their lifestyle to accommodate for their body.

In isolation Bennet said that they texted with friends and other people though not regularly. “After about day two I ran out of things to talk about” Bennet said.

Bennet described how being in isolation affected their relationships with their peers. “After isolation I was convinced that everyone knew each other so much better than I did. I felt super anxious and unsure in my relationships. There was a lot of loneliness and anxiety there” Bennet said.

When asked about any changes in their life afterwards, Bennet said that “After a pretty intense three week period and still feeling the effects of COVID in my body a little over a year later, I feel a lack of autonomy in my life.”

We are not ok. Our mental health is already suffering under the current social and economic stress, but the social and physical impacts of COVID are evident of long term consequences we are just starting to see.