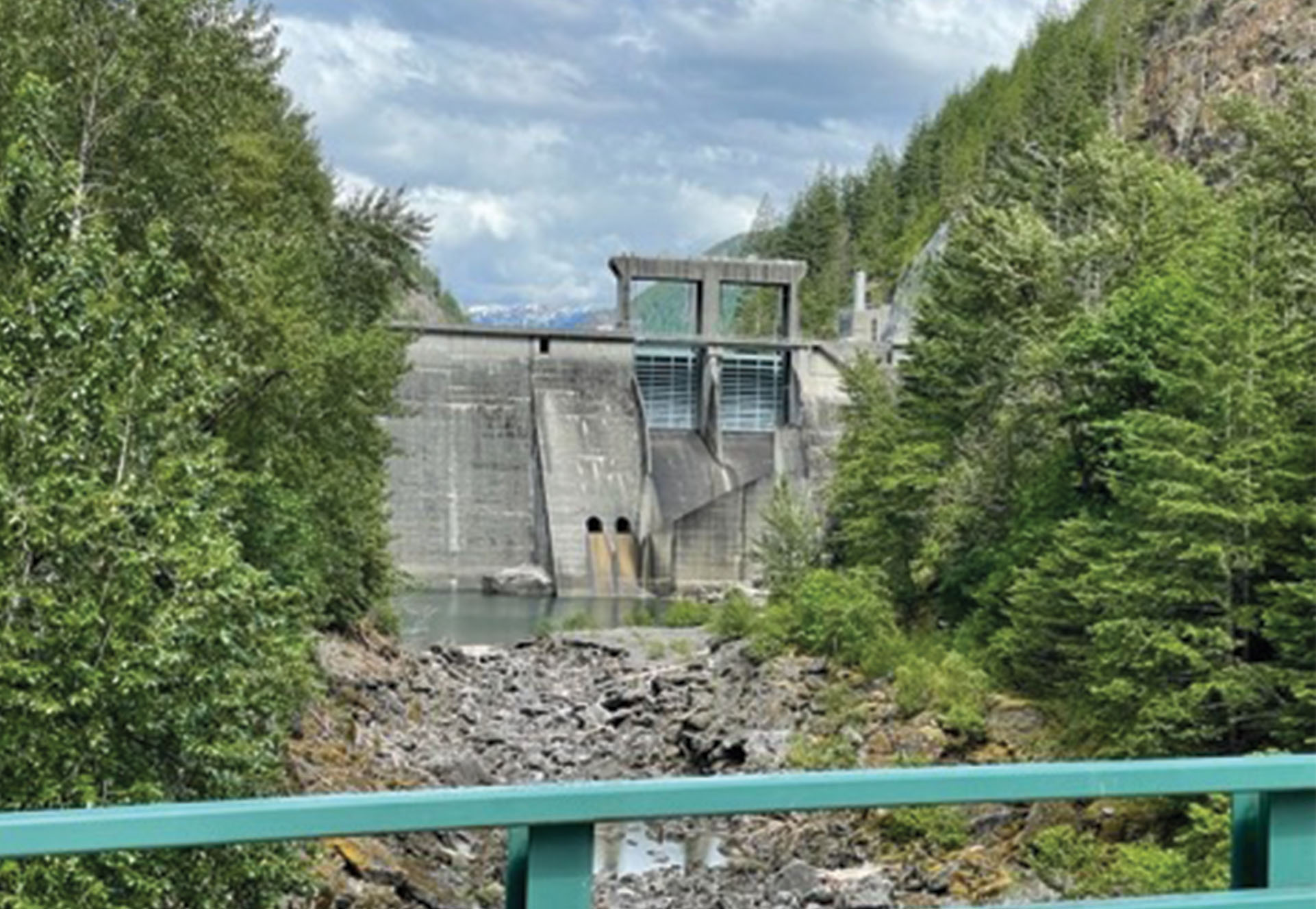 There are three hydroelectric dams on the Skagit River– the Gorge, the Ross, and the Diablo. Seattle City Light, Seattle’s public utility company, runs these dams and provides 20% of the city’s electricity. The company is currently in the process of relicensing the dams through the federal government to determine how the dams will operate in the future.

Tribes along the Skagit river have consistently voiced about the ecological and cultural harm the dams inflict. Concerns received minimal response from Seattle City Light until recently, , as the firm makes efforts to form a more cooperative relationship with their partners.

The first of the three dams to be constructed, the Gorge Dam was built in 1921 without any consultation of the tribes living along the river. The tribes’ requests for a study of the dam’s effects on declining salmon populations and cultural damage were not given much attention. Scott Schuyler, member and Policy Representative of the Upper Skagit Tribe, says, “When Upper Skagit first started raising these cultural issues about fifteen years ago, there was not a very understanding, receptive audience.”

Recently, Seattle City Light has changed course and moved to work with tribal authorities to form a better partnership. Debra Smith, General Manager and CEO of Seattle City Light, published a letter addressed to License Participants on April seventh of last year. “I was greatly disappointed when I learned that the ongoing process to study potential project impacts had become adversarial and that the licensing team and I were perceived as poor listeners and uninterested in collaboration. For this I apologize,” the statement says.

In addition to concerns about the effect of the dam on declining salmon populations, the Gorge Dam dewaters a section of the Skagit river. According to Schuyler, this is severely impactful for his tribe. “Our culture is based on having the free-flowing, clean waters,” Schuyler says. “One of the most grievous offenses committed against our people was not only the harvesting of the river but the dewatering of our sacred river,” Schuyler explains later.

The April 7th letter describes a Revised Study Plan the company has submitted to the Federal Energy Regulatory Commission. In this letter, Seattle City Light has agreed to allow water flow through the Gorge Dam until the end of their current licensing term in 2025. They will use the information from this period and, according to the April seventh letter,  “cultural, spiritual, aesthetic, and ecological interests,” to determine the water flow for the next licensing period. According to Schuyler, this would not necessarily repair the damage. “Not only when the water is removed from the river, but just going through these hydroelectric projects, three of them on the upper Skagit, degrades our culture because the water is no longer pure in the sense in that it’s been manipulated, handled and it’s producing money,” Schuyler says.

The plan will also study the possibility of creating a passage for salmon to travel upstream through the dam. This represents a significant change of policy for Seattle City Light. Previously, they maintained that salmon cannot reach the Gorge Dam on their annual migration upstream to spawn. However, in a letter published on November fifth of last year, Smith talks about the outdated science they were using. “The geography of the area led us (and many other scientists) to believe there were large boulders and falls that could impede the fish from moving upriver beyond Gorge Powerhouse,” the statement said. “That was almost 30 years ago. That science has been called into question,” it remarked later in the statement.

This new statement from Seattle City Light supports the long held view of the Upper Skagit Tribe, which has always maintained that salmon do in fact get above the location of the boulders and falls. Seattle City Light’s course reversal is in part due to the mounting evidence contrary to their position. According to Schuyler, the Upper Skagit Tribe and state agencies have photographed salmon above the section of river alleged to have blocked them.

If the indigenous populations along the Skagit are correct that the dams are responsible for the longstanding trend of declining population of salmon and other fish, the dam’s existence has a direct impact on their culture. For Schuyler and his people, the ability to fish for salmon and teach this knowledge to the next generation preserves their way of life. “We don’t have a written language,” he says, “In our history we pass on our knowledge through hands-on and oral traditions.” Schuyler offers the example of chum salmon. Once a key fishery to his tribe, his children have never fished for nor seen chum salmon because of the species’ low population.

The treaty between Native Americans and the state government guarantees Native Americans the right to fish “at all usual and accustomed grounds and stations.” If they are not able to fish due to the dams, Schuyler wonders about the point of the treaty. “What in fact did we receive?” Schuyler asks, “Are we able to get our lands back?”

In their April seventh letter to licensing partners, Seattle City Lights also promised a study on how to improve habitats for endangered species in the Skagit. It allows $2,500,000 in funding, with an additional $500,000 annually. These actions appear to indicate a new effort to reach a common ground with indigenous groups. In the same letter, Smith says, “I recognize that you will be watching carefully to determine if our actions align with our words. It is my sincere hope that our actions today, and in the future, demonstrate this commitment.”

According to Schuyler, words like these will be meaningful once true environmental action has been taken. “Until we get something solid in place that sees these fish reversing the current trend and helping our people with these issues,” Schuyler says, “well, we’ll have to wait and see.”