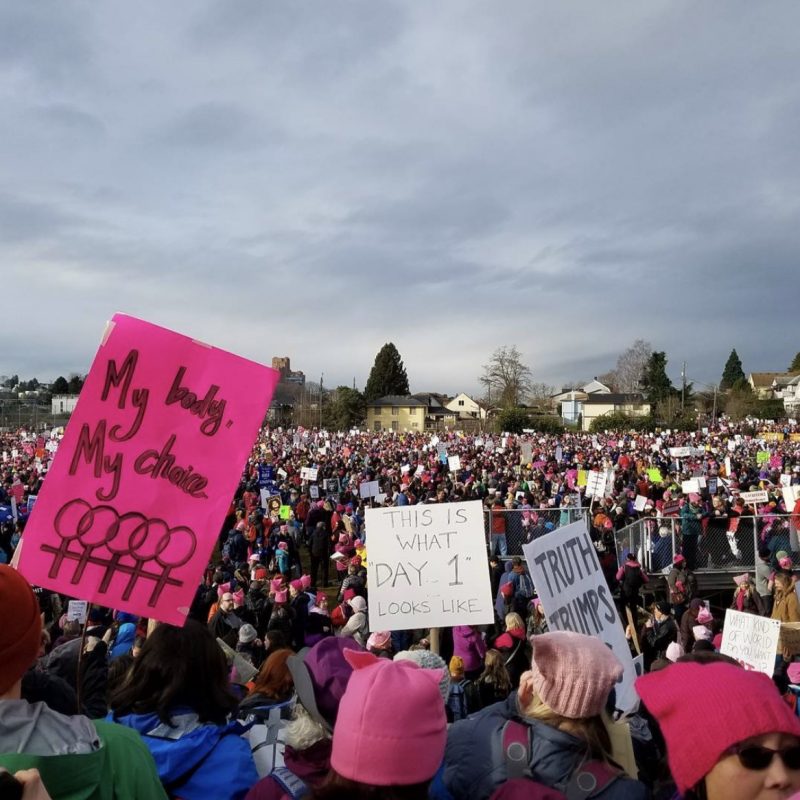 I am a feminist who has consumed pornography that could be interpreted as degrading to women at various points in my life. Can I still claim residence in the feminist community? Am I participating in my own oppression?

I sought to fill this gap in the research during the fall 2021 semester. I interviewed eight self-identified feminist students at the University of Puget Sound – one male-identifying, three non-binary and four female-identifying — about their perspectives on pornography.

Within students’ discussions of the potential negative effects of pornography consumption and participation, there were four major themes: 1) pornography is an inaccurate depiction of sex, 2) pornography perpetuates violence, 3) pornography fetishizes certain demographics and 4) general anti-pornography-industry sentiments.

Students also observed ways pornography depicts violence at extreme rates creating a direct association within the viewer’s brain between violence and sex. Alexandra stated that displays of hyper-dominance or hyper-submission in pornography “can be quite abusive because I think it can give the green light in a lot of situations for men to be unnecessarily violent and aggressive in bed and have it be under the guise of ‘it’s kink.’”

Students offered that ethically restructuring the industry allows for more potential benefits from pornography. To them, this means complete autonomy for sex workers in the pornography itself as well as regulations over the industry and a greater display of diversity (diverse bodies, sexual dynamics, sexual and gender identities, target audiences etc.). Participants predict that such changes create potential for ethical, guilt-free healthy forms of sexual stimulation.

Participants credited these generational differences to new wave feminists’ refusal to put down other women, as well as their interpretation of pornography as less offensive or crude due to their early and increased exposure.

Learning that other feminists of my generation were able to justify their porn consumption helped to ease my own personal concerns of my feminist belonging. Every student I spoke to could identify negative elements of the pornography industry, but their identification of porn’s potential benefits demonstrated their hopefulness for the sex industry. New age feminists don’t see sex workers as worthy of pity and in need of a savior, instead respecting the labor of these individuals and demanding the industry and other feminists better support them, rather than accuse them of self-objectification. The rejection of women’s sex work as anti-feminist encourages me to understand my own sexual desires as not compromising of my feminist identification.