Crime, Law, and Justice Studies: A New Minor at UPS 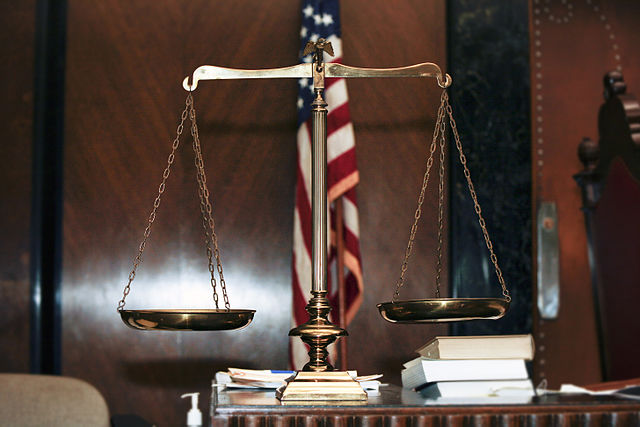 This semester, the University of Puget Sound introduced its newest academic program, Crime, Law and Justice Studies. “The Crime, Law, and Justice (CLJ) Interdisciplinary program provides students with an introduction to how crime, policing, and prisons intersect with questions of justice, fairness, and structural inequality in the United States.” This very brief summary comes from the University of Puget Sound webpage about the new minor.

Tanya Erzen, Associate Professor at Puget Sound, created the CLJ program. After hearing interest from students, she put it together over the course of the 2021 Spring Semester. The program was approved around late spring by the faculty curriculum committee. There was a launch party in October of 2021 and the program officially started in the 2022 Spring Semester.

The structure of the CLJ program is distinct from that of a normal minor or major. Because it’s an interdisciplinary program, most courses that will fulfill the program requirements are actually from other departments. A few examples of classes offered this semester are Murder and Mayhem Under the Microscope from the Science, Technology and Society department; African Americans and American Law in the African American Studies department; and Criminology in the Sociology and Anthropology department.

Currently, Tanya Erzen, the director of the Crime, Law and Justice Studies program is teaching Introduction to Crime, Law and Justice Studies, which counts toward the minor. Erzen is also the director of the Freedom Education Project Puget Sound (FEPPS) Bachelors of Arts program. The FEPPS program is at the Washington Corrections Center for Women (WCCW), a satellite campus of Puget Sound. Through this work, she has many connections that are relevant to the field.

“A lot of these programs are really just training people who want to be police officers,” Erzen said. In contrast to the traditional model, Erzen emphasizes asking questions of the criminal justice system. She said, “You cannot just have a program that says, ‘these are the way things are’ and let’s just train people to work in them.”

According to Erzen, there has been a national trend of colleges moving towards the critical approach to what was traditionally called ‘criminal justice’. One example is San José State University, which has a popular major in this area. In 2003, their Criminal Justice department changed to the Department of Justice Studies. Their website includes a message from the department chair, Paul Knepper. He writes that it is now, “a multidisciplinary department that encompasses criminal justice and criminology, but also forensic science, legal studies, and human rights.”

Lili Stevens (Second Year), who is minoring in CLJ, has the opportunity to be pen pals with a FEPPS student. In addition to getting to know them as a person, they worked together on research. Stevens found research materials for her pen pal, as research in prison is made difficult by the lack of access to Wi-Fi. Stevens said getting to have this connection “further contributed to the program’s theme of humanizing individuals who are incarcerated.” The pen pal experience was not for a CLJ class, but similar partnership will be common in the program.

From speakers coming into the intro class to pen pals from the WCCW, this program prioritizes relationships with others. “That is a real strength of this program, the community connections,” Erzen said.

Another way connections are fostered is through the capstone. The focus of the capstone course, worth .5 units, is connecting to an organization in the community and learning about their work. “I feel really passionate about these issues, and I want them to be grounded not just in the classroom, but in the actual experiences of people who are in this system,” Erzen said.

So far, Erzen has had a very positive response from the community. She hopes that in the coming years, the Crime, Law and Justice Studies program will get lots of participation from students, and eventually become a major as well. She also hopes to get resources from the university, like money to bring guest speakers to campus.

Erzen encourages anyone with an interest in social justice to take the minor. The most important thing Erzen wants students to take away from the program is, “That they see that the criminal legal system is inextricable from questions of social justice.”