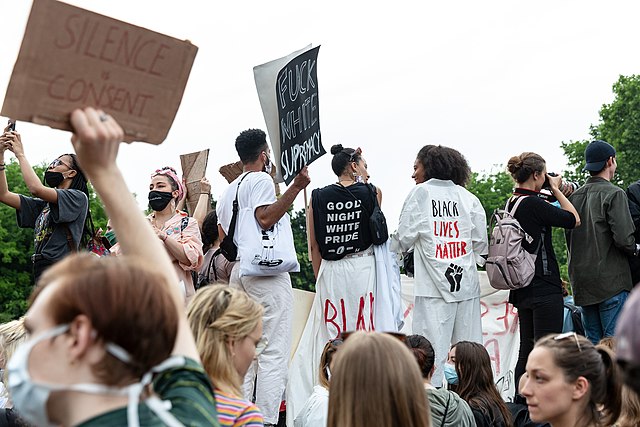 Almost two years ago, the murder of George Floyd polarized the nation and dramatically reshaped the conversation around race and policing in America. Fifty-nine (59) years ago Martin Luther King Jr. helped lead the March on Washington and gave his famous “I Have a Dream Speech.” Eighty-seven (87) years ago, W. E. B. Dubois published “Black Reconstruction in America.” Over 150 years ago Black men and women began to free themselves en masse from the bonds of enslavement. Four hundred and one (401) years ago William Tucker was born, becoming the first black child native to America. And 406 years ago the first ship carrying captive West Africans arrived at Point Comfort, Virginia. The kidnapping, selling, and enslavement of people – with hopes and dreams of their own – marked the beginning of one of the most cruel and violent systems the world has ever known. The repercussions of which shape our world today.

This timeline scarcely scratches the surface of the incredible contributions from and heinous transgressions against the Black community in America. In an attempt to recognize this, the United States celebrates Black History Month every February. According to The Library of Congress’ website, Black History Month was federally recognized by President Gerald R. Ford in 1976. The month was celebrated as early as 1970 by colleges and Universities like Kent State, according to The New York New Times. President Ford encouraged Americans to “seize the opportunity to honor the too-often neglected accomplishments of black Americans in every area of endeavor throughout our history.” The tradition of celebrating Black history during February began in 1926 after Carter G. Woodson and the Association for the Study of Negro Life and History announced “Negro History Week” in 1925.

Despite systemic attempts to erase or ignore the experiences of Black people, the history of the United States is a story of Black history. From the captives sold into enslavement at Point Comfort to the freedom fighters of the 17th century, from the intellectuals and artists of the Harlem Renaissance to masters of modern Hip-Hop, American arts, culture and politics are deeply intertwined with its Black population. Even Tacoma, located in the stereotypically white Pacific Northwest, has been shaped by Black people since its settlement. Tacoma’s Hilltop neighborhood owes its founding to George Putnamn Riley, a Black public speaker and entrepreneur who established the neighborhood in 1869, then called the “Alliance Addition.” According to SouthSound Talk, Tacoma had a population of only 73 at the time. The first NAACP chapter on the West Coast began in Tacoma, founded by Nettie Craig Asberry, who’s anti-segregation and anti-racism efforts in Tacoma and beyond are legendary.

Black experiences and influences have been systematically distorted, excluded, or weaponized to serve our nation’s foundational narratives. These narratives continue to shape inequitable allocations of power  and rationalize continued, unjustifiable racist violence. Recently, several Historically Black Colleges and Universities have been the targets of bomb threats, coming amid a rising tide of racially motivated hate crimes in the United States, per a statement from the American Association of Colleges and Universities. These threats emphasize the continued relevance of Black History Month.

As members of a predominantly white institution, The Trail invites our readers to join us in the celebration of Black history in all of its nuances and dualities. We recognize the importance of the contributions that the Black community has made not only to the nation, but to the world. At the same time, we recognize the heinous crimes committed against the Black community, both in the past and in the present day. This University has historically failed its students of color, repairing these injustices begins with the enduring work of actively listening to, learning from, and uplifting Black voices and history. The Trail is committed to telling stories that include all voices, especially ones that have been historically marginalized. White people – and all people with power – must recognize that there is, and always has been, work that needs to be done. Black History is important every day of every month. Ignorance to this fact is pervasive, but W.E.B. Dubois’s 1905 quote rings true, “either the United States will destroy ignorance or ignorance will destroy the United States.”