A lack of the sun draining you? Cover your feelings with an itchy woolen sweater with a storied past! 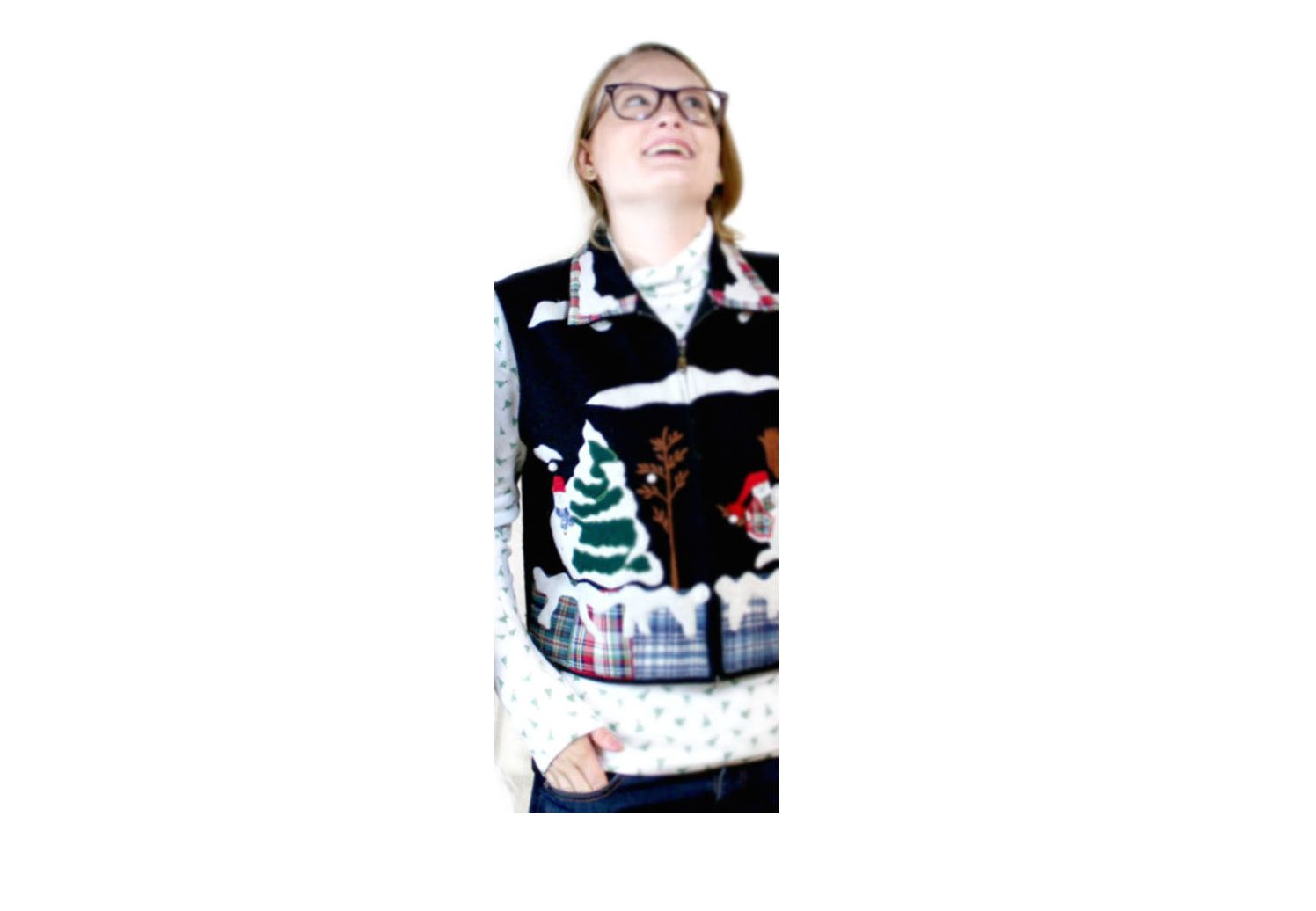 Oh, the woman who made herself a joke approaches! Let us laugh! O, But Let Us Laugh. — Photo courtesy of Flickr

Sophomore Susan Morris has been feeling down in the dumps. A professor left a comment on her research paper that said: “It would have been good as an in-class essay.” For the eighth time she did not get selected to attend President Crawford’s Fireside Dinner. She lost her favorite carabiner. But, her greatest source of woe is that she hasn’t seen the sun in 55 millennia.

Last week Morris clawed her way out of her duvet at 11 a.m. and the sun had yet to rise. She spent 15 minutes turning on her 30 Happy-lamps, one placed every three feet around the perimeter of her room. She wafted her citrus essential oils that were supposed to bring her energy and a positive attitude. She took five Trader Joe’s Vitamin D tablets. She did three sun salutations. She blasted the Sam Cooke’s rendition of “Summertime” and five songs about beaches. She laid out all of her healing crystals. She listened to the voicemail from her mom that said: “Looks like it’s a little rainy up there sweetie; hope you’re doing good.”

When asked to comment about her efforts in happiness, Morris said, “I have nothing to say.”

Despite her rituals to combat this bout of seasonal depression, it lingered. Morris had not cracked a joke in months and started to worry that she would never get crows feet wrinkles. She even purchased some wrinkle-inducing cream so that people would believe that she had a sense of humor.

Upon seeing her friend adorned in an ugly Christmas sweater, she realized what would cure her: she would become a walking joke.

“When I saw my friend in that sweater, the corners of my mouth upturned five degrees,” Morris said. “This made me think that if I became a parody externally, then I would be happy internally.”

So Morris and her friend got in the car and zoomed through the dark Washington day to Value Village. They did not need headlights; their translucently pale skin lit the way. Once they stumbled through the rain that felt like a kitten was continuously sneezing on their faces, they reached their holy grail, their source of clarity ­— the sweater aisle. One sweater beckoned her to come closer. It was five sizes too big, featured a hard-to-distinguish Mrs. Claus feeding Rudolph a carrot and the words “Grandma Loves Christmas.” Morris heaved the garment on (which weighed 50 pounds); this was more cardio than she had done in two months. She paid eight dollars for it, released a guttural sigh, and pouted back to the car.

“When I got home and stared at myself in the mirror, a beam of light descended upon me. I heard Rihanna’s voice whispering, ‘You are beautiful,’” Morris said. Immediately her half-centimeter-long bangs — which she realized she had been cutting every day for three weeks — sprouted back to an appropriate length. The bags under her eyes disappeared; she was glowing.

The day after Morris purchased the sweater she wore it to all of her classes and her shift at the S.U.B. Each person who saw her gave her an exuberant high five and called her a “comedy queen.” Even the weather bowed in her presence; it rained everywhere but on her. Morris purchased the sweater one month ago, has not taken it off, and doesn’t plan to ever do so. She has donated all of her happiness-ritual materials to other students and is launching an Ugly Christmas Sweater Campaign.