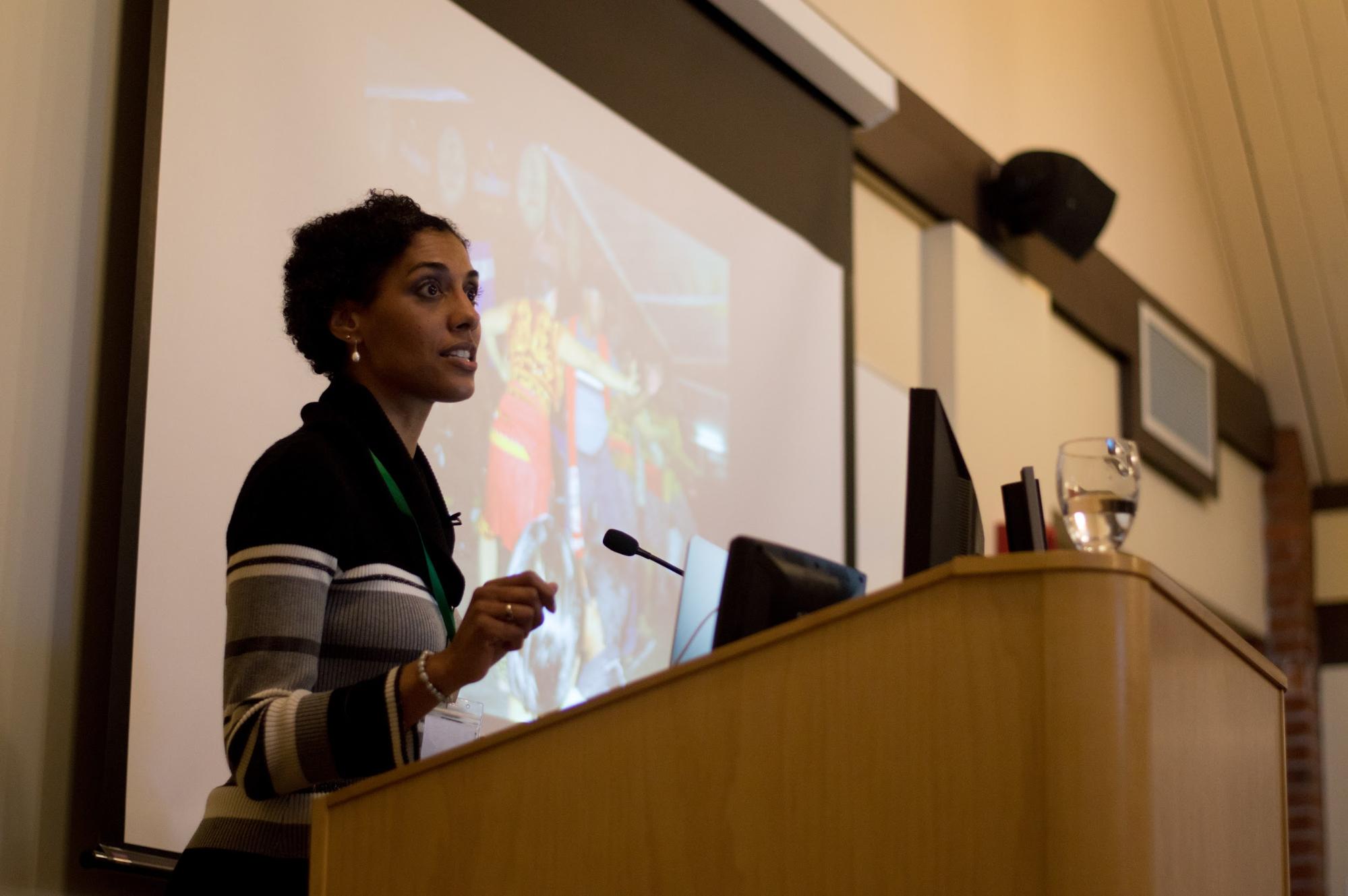 By Julia Schiff and Christina Conry

On Oct. 19-20, 2018, the Southeast Asia Symposium returned to campus, celebrating its fifth year. The symposium is supported by Luce Initiative on Asian Studies and the Environment (LIASE) program and the Henry Luce Foundation.

The Luce Foundation has a large role in encouraging liberal arts colleges across the United States to focus on Asian Studies and Environmental Studies, and it offers grants to many liberal arts colleges. Other recipients of the grants include the Claremont Colleges, Vassar, Beloit, Oberlin and Colorado College.

The Southeast Asia Symposium is under the direction of Puget Sound Professor Gareth Barkin. “When I first heard about the LIASE grant in 2013, I thought it could be a great opportunity to expand the sort of work I’d been doing to incorporate a greater focus on Southeast Asia’s environmental challenges, which are many, and how developing a rich understanding of local culture, politics, and economics was critical to understanding them,” Barkin said.

The symposium was not initially part of Barkin’s plan when he received the pilot grant and used it to fund his first LIASE field program in 2014. However, its success led to the awarding of a full LIASE grant, allowing for the continuation and expansion of the program over the past four years, and the hope for more funding in the years to come.

The idea of a symposium first came to life when Barkin realized that the students returning from the field schools had no place to share and reflect on their projects and experiences abroad.

“They’d just turn the final paper in to me without any ceremony or chance to share their experiences with the campus community. So we threw together a symposium that fall at the last minute — I still remember sneaking in huge trays of food from Indochine into Wyatt, which I believe was against the rules — and it proved a great experience for the students involved while generating a lot of interest in Southeast Asia among others on campus. So we made it a central component of our full LIASE program,” Barkin said.

Hosting a symposium is meant to benefit the student presenters and the general campus community. “For the students presenting, I think it can be a really wonderful (if sometimes stressful) experience to present on your research in front of Southeast Asia specialists. Not only do you get a lot of helpful feedback, but the process of reflecting and developing the presentation really helps to integrate your time abroad in a productive way,” Barkin said.

Barkin also highlighted the importance for students not familiar with the topics or cultures to come and experience the symposium. “I hope they’ll learn some interesting information about the region from their peers, our keynote speaker, and our cultural association partners, and hopefully be interested in learning more, perhaps applying to our next LIASE field school in Thailand, or taking some of the Southeast Asian languages we’ve been able to offer as part of our LIASE program on campus.”

This year’s symposium theme was “Conservation and Culture in the Crossroads,” with a focus on Malaysian Borneo. The symposium kicked off Friday with a keynote presentation by Christina Sunardi, an associate professor in the Ethnomusicology program in the School of Music at the University of Washington.

Sunardi’s presentation, titled “Accessing and Embodying the Magnetic Power of Femaleness Through East Javanese Dance Performance,” drew on her fieldwork in Malang, East Java, Indonesia in 2005 through 2007.

Sunardi discussed and also demonstrated through video visuals the gendered spiritual power evoked through women’s dance performance in the East Javanese culture, what she referred to as “the magnetic power of femaleness.” She also discussed how East Javanese dance disrupts pre-existing conventions of performance, allowing different genders and body types to access and embody femaleness by viewing gender and sex as unstable cultural constructs.

Following the keynote presentation, symposium attendees were invited to a street food banquet and culture faire, a “free food” event that many students caught on to and attended. The culture faire also featured booths from Puget Sound cultural associations, representing the countries Vietnam, the Philippines, Thailand and Cambodia. The booths highlighted traditional culture, with examples of traditional dress, textiles and musical instruments.

As attendees enjoyed the food, an array of traditional Thai musical and dance groups performed to close out the night. The performances featured PongLaang RuamJai The Wayside, reflecting contemporary and regional interpretations of Thailand’s musical history, as well as the Chaopraya Ensemble, a group that performs Thai classical and folk music on traditional instruments.

The Batik workshop kicked off the Saturday portion of the symposium. “Batik is a method of producing textiles and fine art on fabric, originally from Java, Indonesia, using wax relief and natural plant dyes,” reads the symposium’s handout. The Batik workshop took place in Kittredge, where people gathered to participate in the ancient art form. The process of Batik begins with drawing or dipping hot wax on textiles, and then dying the cloth. The wax resists the dye and produces the final product. Lely Shim led the workshop.

The Batik workshop was followed by Pacific Rim research presentations. Student participants of the Pacific Rim Study Abroad Program presented the research they gathered abroad. Pacific Rim is a nine-month experiential learning and study abroad program offered by Puget Sound every three years. The next Pacific Rim program will be held in the 2020-2021 school year.

The Pacific Rim poster session looked like a science fair, with upper level students presenting poster boards of their research. Topics varied from media literacy, to noodles, to the presence of Judaism in Asia. Students found that media literacy is higher in less democratic countries, that Malaysia is the site of intense diversity in noodles and that Judaism has little presence in Asia, though religion is increasing as a whole. These are just a few of the many presentations showcased on Saturday morning.

Participating students formulated research questions as a part of their 495 class and conducted their research as they traveled across Asia.

After the research poster session, Nancy Bristow, an American History Professor at Puget Sound, shared some of her experiences as the recipient of the Henry Luce Southeast Asia Field Initiative Award. Bristow gave a brief presentation about her sponsored travel to Vietnam.

She reflected on her first impressions of Vietnam, noting the complex systems of communication on Vietnamese streets. “There’s a cultural lesson just in crossing the street,” Bristow said, reflecting on how witnessing travel and transportation in Vietnam helped her understand and appreciate the culture.

Bristow spoke about working with NGOs, and learning about the effects of Agent Orange on local communities. She spoke briefly about the purpose of her travels: to correct her own inherent biases and learn from Vietnamese perspectives in order to combat ignorance. She emphasized how important it is for American teachers to learn non-American perspectives. This thought is particularly relevant in teaching about America’s involvement in Vietnam during the war. During her short presentation, Bristow advocated for developing more well-rounded perspectives.

Following Bristow’s presentation, Peter Wimberger gave an introductory speech about field study in Borneo. Wimberger is a Biology professor at Puget Sound. He taught 2018’s Biodiversity and Conversation course, where students studied for a semester on campus and then went to Malaysian Borneo to complete their studies. Wimberger highlighted Borneo’s biodiversity in his introductory speech. After Wimberger introduced the program and spoke about Borneo’s geographic and biological uniqueness, the student participants presented on their research.

There were a total of 10 student presentations, with topics ranging from environmental education, to illegal wildlife trade, to palm oil. Students demonstrated the depth of their research in short but highly informational presentations.

The final presentation of the day was a group presentation. Student participants of the US-Indonesia Cooperative Service project spoke about experiential learning. The students worked with the Young Southeast Asian Leaders Initiative on a floating school project in Indonesia.

The day concluded with appreciative statements to the faculty that led the symposium. Participants in the symposium expressed appreciation for the Luce Initiative on Asian Studies and the Environment (LIASE) continuously throughout the day. The Henry Luce foundation grants money to “encourage innovative approaches to Asian studies teaching and research at the undergraduate level through the lens of the environment and sustainable development,” according to their website.

According to their website, the LIASE foundation has stopped grantmaking, but Puget Sound is still benefiting from the implementation grant. A LIASE-funded Thailand field school course will be taught in Spring 2019. The course is a 333 level International Political Economy course. Participating students will study the political economy of Thailand on campus for the semester and then conduct field research during the summer.

The Symposium highlighted student and faculty experiential learning while also advertising the Luce foundation and the opportunity it has provided at Puget Sound. 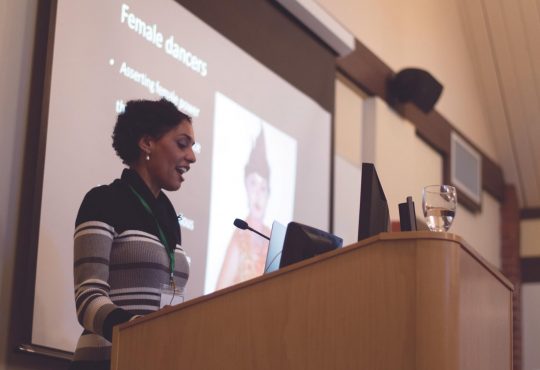