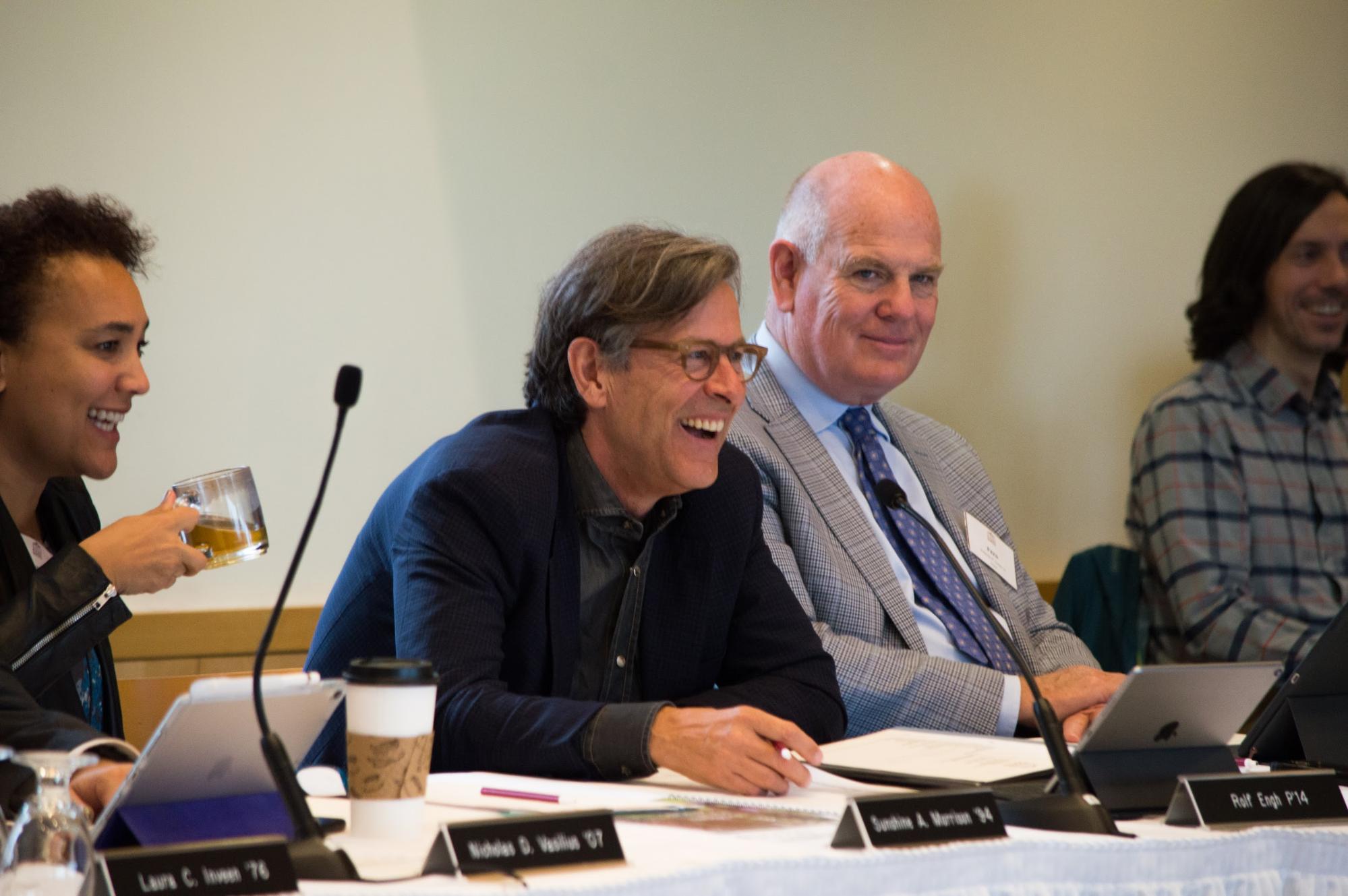 The Board visits campus once a semester. Each visit, they hold one meeting that is open to all members of the campus community. About eight students attended Friday’s meeting.

One of the most discussed topics was the Strategic Plan. Strategic planning has been underway since the start of the 2017-2018 academic year. Puget Sound’s website states the goals of the plan: “Our vision for Puget Sound for the next decade must reflect the ways in which our commitment to a liberal arts education meets the needs of our community and our changing world.”

Planning sessions have been open to the campus community, and this month the plan was finalized and presented to the board.

“Through my conversations with my peers it does seem that this strategic plan and the work that has been done to create it is a strong, engaging and exciting plan for students to start to lend their talents to. … By and large students are excited by what they are hearing,” Associated Students of the University of Puget Sound (ASUPS) president Colin Noble told the Board.

Several Board members discussed their concerns with and proposed additions to the Strategic plan. “As much fun as I had with the development of the strategic plan with my colleagues, I anticipate having even more fun on its execution. … We also recognize that it will be important to take pause and to assess the landscape and to determine how we might need to be adaptable and flexible ourselves as an institution,” President Crawford said. At the end of the meeting, the Strategic Plan was unanimously approved.

Trustee William Weyerhaeuser expressed concerns on campus regarding social justice and specifically the experience of minorities on campus. “How would one know whether that environment is improving or not? What can we look at that would guide us in that kind of understanding?” Weyerhaeuser asked.

Noble answered that looking at retention rates of minoritized students was an important measure of this, adding that the current first-year class has been one of the most diverse. President Crawford stated that the Campus Climate survey is another way to “monitor and measure student satisfaction at the institution.” The survey is sent out to all students every three years as part of the University’s Diversity Strategic Plan.

The Board approved several motions during the meeting. One of these was a motion amending article eight of the University Bylaws. This amendment states that the University faculty shall consist of the President, Vice Presidents, Officers of Instruction and Provost, who would also act as the Dean of the University. The motion passed unanimously.

The Board also discussed their “comprehensive fundraising goals” for the University. The budget for the construction of the new Welcome Center was set at $9.9 million. Construction was approved to begin between November and February of this year. Fundraising for this project is still underway, as the project still requires about $700,000 before it is fully funded. Trustee Jeremy L. Korst (‘97) joked that fundraising for this project is “tough and getting tougher.”

The University’s endowment was another important topic at the meeting. A Board member on the investment subcommittee spoke regarding the University’s current investments. The portfolio currently sits at $369 million.

“That’s the source from which we pay a huge chunk of our student financial aid,” one Board member said. The most recent fiscal year return was 9.58 percent, about a 2 percent increase from the last year.

The current status regarding divestment was expressed in a spring 2016 statement from the Board. This statement followed the campus protests led by students, specifically the ECO club. They decided not to fully divest from fossil fuels, but to avoid new investments that focus primarily on hydrocarbon extraction, make any investments in “Filthy 15 and Carbon Underground 200 publicly traded stocks” (not including externally managed commingled funds), and to introduce an investment option for those specifically seeking a portfolio free of fossil fuel energy. This portfolio contains less than 1 percent of the University’s overall endowment.

Other universities similar to Puget Sound are divesting from fossil fuels. Seattle University’s Board of Trustees recently voted to divest from all fossil fuels over the next five years, according to their official website. Lewis and Clark has also voted to divest over a similar time frame.

Trustees on the investment subcommittee stated that they are looking at the 2016 statement on hydrocarbon investments over a year-long review process. This issue will be brought back to the full board this spring.

“Between now and May our community must continue to put pressure on the Board of Trustees to take a strong stance against the extractive industry of fossil fuels,” ECO club president Erin Rasmussen said in an email to The Trail.

Rasmussen also stressed the importance of transparency, not solely in regards to divestment: “Students on our campus are also concerned about investments in the private prison and detention industries, including GEO group and CCA, and hope that the Board will take strong and meaningful actions to ensure that our endowment is free of investments in these exploitative industries.​”

The meeting covered various topics relevant to the campus community. The board referred frequently to their previous meetings, which were closed to the campus community. The meeting was held on a weekday before midterms, during a time when many students are in class. Finding information regarding these meetings if one is unable to attend can be challenging, due to the fact that minutes from Board meetings are also closed to the campus community for 50 years following their creation. These open meetings are one of the only ways for students to get informed and involved with the trustees, but the time and location of this meeting was not posted online or around campus.

It was reported that the main role of the board is to “exercise financial responsibilities regarding the University’s Articles of Incorporation and bylaws.” The Board of Trustees has 10 main roles: