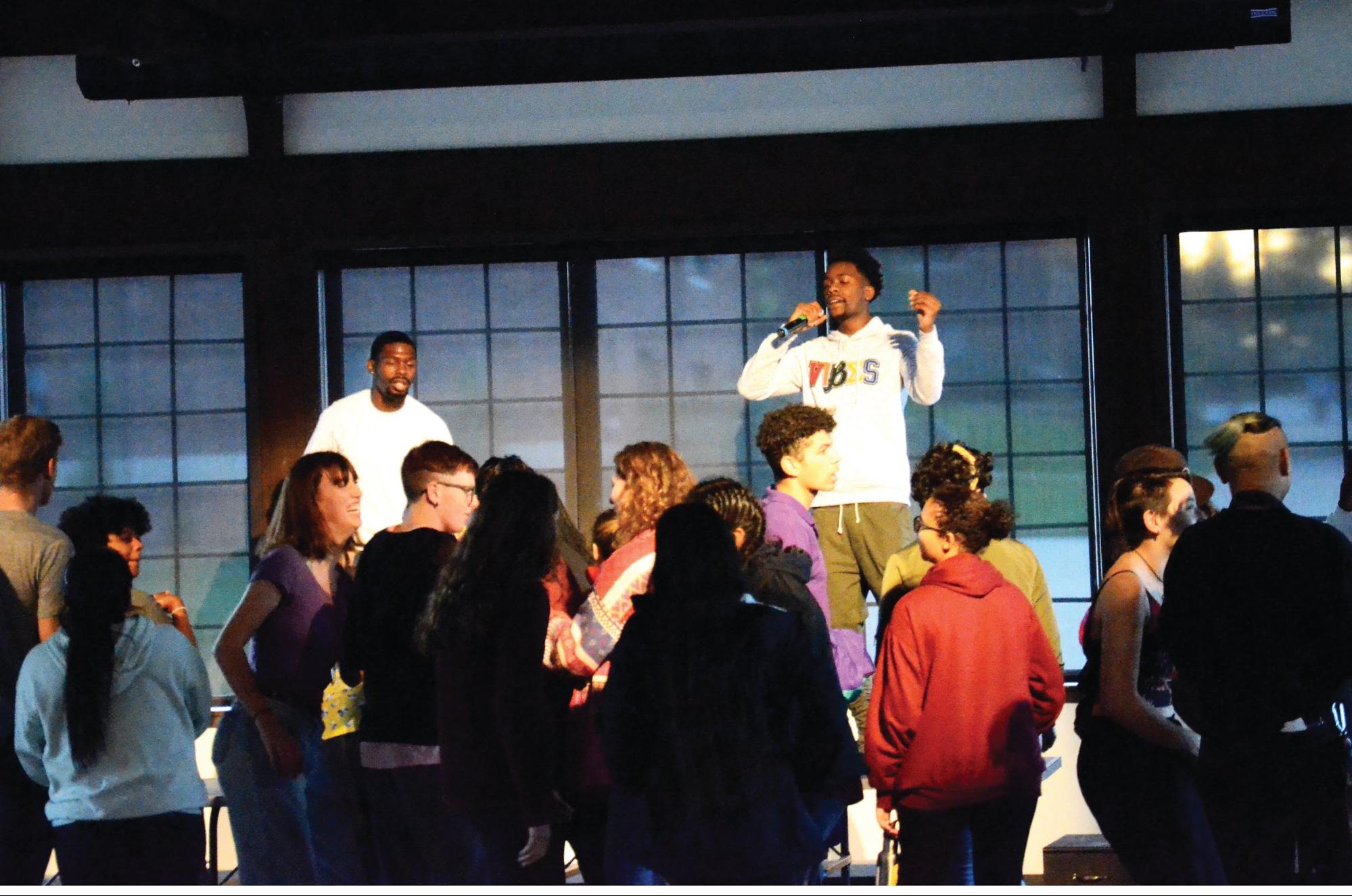 The Multi Identity Based Union (MIBU) is a new student organization dedicated to community-building and advocacy for marginalized groups on campus. MIBU held their first major event last Saturday, Sept. 22.

The MIBU block party was a huge success and brought the new organization into the spotlight of the student body, offering community members of all identities the opportunity to engage with identity-based clubs on campus.

Though the event was supposed to take place in front of the Yellow House, inclement weather pushed it into the Rotunda. Despite the change in venue, nearly a hundred students and staff members came out to the event.

With food catered by Taqueria El Ranchito, attendees tried a variety of made-to-order tacos. The event was about bringing attention to the MIBU-affiliated clubs on campus.

Event organizers did not fail to supply entertainment, either. After the introductions of the club representatives, Mushawn Knowles, junior and founder of Real Expression Art Lounge (REAL), headed on stage to perform a musical set.

Knowles was followed by a routine by the Repertory Dance Group (RDG), who performed a hip-hop routine to the excitement of a cheering crowd.

Next, the crowd moved to the courtyard in front of the S.U.B. There, five volunteers competed to see who could eat a dangling donut first with their eyes closed and hands behind their backs.

Organizers did not end there. Back in the Rotunda, rapper DeeFwego performed a set, which was then followed by a cookie-eating contest. Eight volunteers competed to finish 10 cookies without using their hands. The winner won a gift card to a location of their choice.

Soon after, rapper Monioso and three co-artists gave the final performance of the night. The event began winding down at 7:30 p.m., though loyal attendees stayed for an impromptu dance party.

“The event was great. I felt that it represented every club very well,” junior and BSU Vice President Jade Herbert said.

The droves of students who came out to support the new identity-based coalition suggests that there is a desire for change on campus. MIBU leaders think that the coalition may just be the vehicle to produce it.

MIBU isn’t the first attempt to establish a coalition of identity-based clubs on campus. Previous attempts, however, have largely been top-down and lacking in student interest.

The topic of such a coalition came up at last year’s Posse retreat. With renewed interest in such an organization, a student-led committee formed and the organization took off.

Already, there are 20 committee members, and over 100 attending their first gathering this month.

“These numbers give us a voice,” junior and Latinx Unidos member Mauricio Mendez said.

Faculty and staff, such as Director for Intercultural Engagement Vivie Nguyen, who made a brief speech to kick off the block party, have shown interest as well.

Nguyen and the office of Intercultural Engagement have been a resource for MIBU in several ways this semester, such as helping to pay for the block party food provisions.

Leaders of the club do not just hope to bring change to the campus, but also to form a community of solidarity, particularly for issues of intersectionality.

“You can offer yourself as a resource,” MIBU leader and senior Mary Aquiningoc said. MIBU provides a platform for students of intersectional identities to find solidarity with others that have shared experiences.

Most importantly, leaders of MIBU intend for the club to promote the collective interests of marginalized groups on campus.

A unified group that has experienced these structural issues could produce a needed change on campus. Junior and Queer Alliance representative Aden Mortensen agrees.

“This group is a great way to get these changes done because ultimately, it will provide a space for intersectionality,” Mortensen said.

A collaborative identity-based organization may be what is needed to bring visibility to the issues of marginalized students on campus.

Looking into the future, the club has big plans. Already, they have an October event planned to bring out first-years who may not yet know about the resources the coalition has to offer.

There is also a student-to-student mentorship program in the works, which will pair up a first-year with a senior to provide guidance on student life at Puget Sound for marginalized individuals.