Labor Dispute in Washington finds its way to the grocery aisle 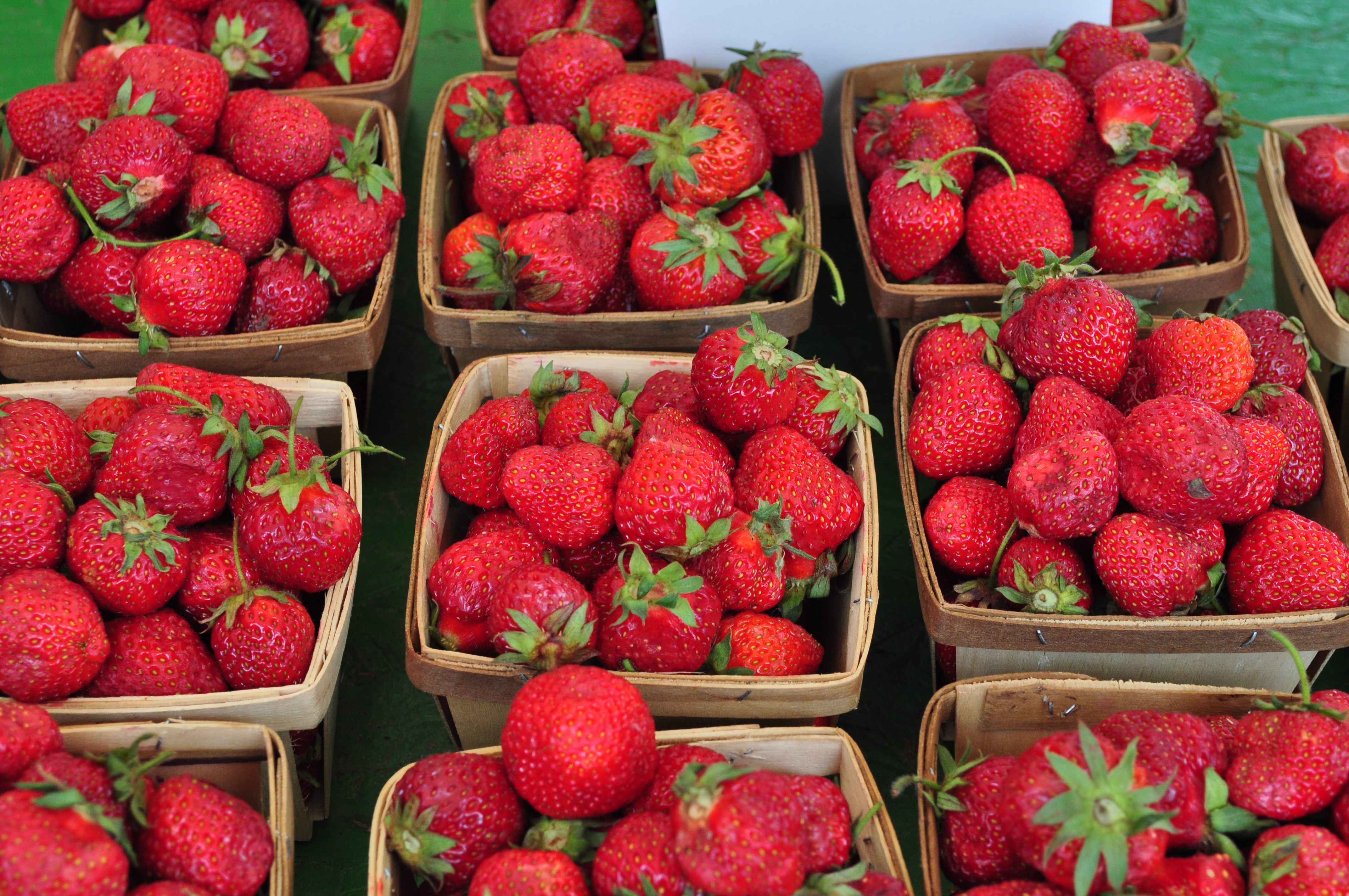 Strawberries have been at the heart of the boycott. Photo courtesy of Tom Shockey.

Behind each box of organic Driscoll’s berries in the Metropolitan Market on North Proctor Street lies years of protests and labor unrest for a group of Burlington farmworkers.

In July 2013, Al Jazeera reported a strike of 250 Sakuma farmworkers as tensions over wage negotiations increased. That same month, worker group Familias Unidas por la Justicia (FUJ) was founded in the aftermath of the “unfair firing” of worker Federico Lopez from Sakuma Bros. Farms, the organization’s president, Ramon Torres said. Sakuma provides the berries sold by Driscoll’s and Haagen-Dazs. FUJ’s main objective, as described by Torres, is to “create better working conditions and better living conditions, and to raise minimum wage to $15 per hour.”

“Until we receive an agreed-upon union contract from Sakuma berries, we will continue to protest the sale of Driscoll’s berries,” Torres said through a translator.

However, Sakuma does not recognize FUJ as a union. Roger Van Oosten, a representative for Sakuma, said the group is not permitted to speak on behalf of any workers.

“Their application to be a negotiating agent for workers is false,” Van Oosten said. “They do not have that right, and they can’t get that right. They are a 501(c)(3) nonprofit so they cannot represent workers in this state.”

Nonprofits are legally banned from campaigning and lobbying in most instances. However, FUJ is not a nonprofit, nor do they claim to be one, Torres said. In addition, they cannot be found on GuideStar, a website that gathers and analyzes nonprofit information.

“We are a legal, independent recognized union by the Washington State Labor Council,” Torres said. “The problem is that Sakuma does not recognize us as a union.”

The NLRB was created in 1935, under the National Labor Relations Act. This act provides legal protection for employees who affiliate with unions, and establishes a system for employees to collectively bargain with their employers. However, farmworkers are excluded from this act; there is no possible way for FUJ to be recognized by the NLRB. This poses a conundrum for the union status of FUJ. They identify themselves as a union due to their recognition from the WSLC, yet Sakuma considers the NLRB as the only reputable designation. Hence, the protests.

“Until Sakuma provides us with a union contract, we will protest against the purchase of Driscoll’s berries,” Torres said.

With a union contract directly between workers and their employer, there would be structure to their negotiations. In its proposed contract, FUJ asks Sakuma to recognize the group as an independent union and for an agreement for collective bargaining, as shown on FUJ’s website. Torres says that most of the Driscoll’s protests occur at Costco and Whole Foods. Puget Sound’s Advocates for Detainees’ Voices (ADV) have organized two protests this school year and hope to coordinate more before the year ends, said member Nicholas Rothbacher.

“We marched from campus to the Met Market in early February with picket signs,” Rothbacher said. “Until FUJ gets a legally binding union contract, our demand would be that the Met not stock any more Driscoll’s berries. We had a panel with a bunch of leaders of the farmworkers union come to campus. At the panel, it was voiced that everyone speaking at the panel, besides the leader Ramon, was currently working at Sakuma. They had actually come from the fields that day.”

Although FUJ consists mostly of Sakuma employees, Sakuma insists that FUJ does not represent the company’s employees.

“They have no right, or jurisdiction, to meet on behalf of other workers,” Van Oosten said. “Our workers have told us that they don’t like them, and that they feel threatened by them.”

The Trail was unable to independently verify this claim, as Sakuma could not put us in contact with any current workers to address it. The newspaper was however, invited to visit the berry field when the next farming season begins in May. Both FUJ and Sakuma have accused each other of many grievous acts. Van Oosten cited a time when a member of FUJ stormed onto Sakuma Bros. Farms and pulled the hair out of a human resources representative, and FUJ claims Sakuma once hired male supervisors who would survey inside women’s restrooms without permission.

The claims from either side go on and on and many are difficult to verify. Some of these accusations have resulted in major disputes and led to court cases. In June 2014, Sakuma and FUJ faced off in what The Seattle Times called possibly “the largest farmworker wage-and-hour settlement on record in Washington.” Sakuma paid an $850,000 settlement, and also agreed to change certain employment practices.

The Seattle Times reported that this settlement also provided for “accurate information (to be) given to workers on wage and hours,” and that “there (would) be no unpaid work.” A 2014 statement from Sakuma claims that it “could have continued to fight this in court and believe (it) would have prevailed,” but it was in the company’s best interest to focus on farming strawberries. It was around the time of this court case that Sakuma also announced that they would take steps to improve working conditions and housing quality, according to The Times.

Torres has a different perspective on Sakuma’s promises for improvement.

“They make these agreements just to get off the heat, get FUJ off their back,” Torres said. “Once things cool down, they go back to their usual practices.”

Sakuma insists; however, that it treats farmworkers well.

“We had 300 workers on the farms last year,” Van Oosten said. “Clearly, that says they are not being abused. Clearly, that’s not what’s happening at Sakuma farms. We don’t really have to testify more than that.”

Sociology and anthropology professor Devparna Roy believes that there are various reasons why workers might return to the same farm each year, despite alleged low wages or mistreatment.

“A lot of Mexican campesinos are being forced to leave their country and go to the U.S. and find work there, because of the way globalized capitalism is operating right now,” Roy said. “They come to this country for the economic prospects and work on these farms. It is possible that they have no other options, or the options are even worse.”

Van Oosten counters allegations of mistreatment further by describing the adversity faced by the Sakuma brothers themselves.

“We are a five-generation farm owned by Japanese-Americans who were interned in the second World War, so they know a lot about mistreatment,” Van Oosten said. “They understand that. While they were interned, five of those Sakuma brothers volunteered to be in the Army even though they were being interned in California. We’re dealing with people that understand justice and injustice.”

Professor Roy, however, expresses her apprehension toward this way of thinking.

“I do not doubt that, as Japanese Americans, the Sakuma brothers have faced a lot of problems, including that of the internment of Japanese Americans in the Second World War,” Roy said. “Having said that, the fact is that farmworkers are the most vulnerable of our working classes in America. This is not to blame farmers, as you need farmers on this journey to create greater opportunities for everyone. If Roger says that they cannot mistreat Hispanic Americans or Latino Americans simply because they also belong to a minoritized group…that doesn’t make sense to me. Ultimately, it is a question of class relations when you talk about the mistreatment of one minoritized group by another. One minoritized racial group could mistreat another minoritized racial group simply because economic interests are different for each of these groups.”

In addition, she encourages consumers to recognize their role in farmer and farmworker conflicts such as the one involving Sakuma.

“It’s not a case of painting the farmer as a devil who mistreats the farmworker for enjoyment,” Roy said. “It’s also our responsibility as non-farming consumers to help supermarket chains and farmers help the farmworkers. I think the mark of the maturity or the greatness of a society or a civilization is really how they treat the most vulnerable groups in their society which happens to include undocumented farmworkers at this point, in this locale… If we are to call America a great nation, then we have to see how we can legally and morally deal with these questions of justice.”