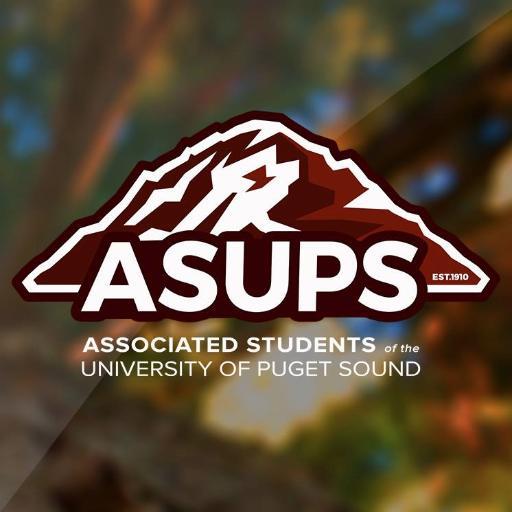 The ASUPS budget season is upon us and in full swing. While frustrating for many of us, as I know it has been at times for some of you, it is the first step Vice President-Elect Lydia Bauer and I have taken on the marathon that will be our administration. I wanted to take a moment and clarify our guiding principles to help demystify ASUPS and the budget process, and let you in on some of our plans for the coming year.

First and foremost, Lydia and I are driven by the principle of equity, and counseled the budget committee as such. While we are not voting members of the committee, the committee was gracious enough to allow us a seat and a voice at the table and took that principle to heart. Part of pursuing equity is understanding the position that ASUPS finds itself occupying in the broad arch of history, and the unique institutional place that ASUPS sits at. We enjoy an institutional mandate, and institutional backing, which make us a uniquely powerful student voice at the University. When President Jones’ administration funded CHWS in the fall of 2015, the university heard ASUPS and increased funding for CHWS in the fiscal year of 2016-2017. The increase was a far cry from what CHWS requested, but it was a step in the right direction. Our actions ripple out, and the University listens to what ASUPS has to say. It is my hope that in the funding priorities Lydia and I have set, a loud and clear message is sent to the University. That the student body knows what our community desperately needs, and that we’re ready to put our money where our mouth is and lead the way for the University to follow.

Let us be perfectly clear: students in our community are hurting. The students who are not able to be in community with us are hurting. That is not acceptable to us. It is incumbent on the rest of us to stand in solidarity and rush to our peers’ aid. We must be willing to hurt along side our friends and classmates, and tell the university that they must fall in step with us.

What is also clear to us, however, is that our pain is a priority to us students. A student body that has been pushing the University for change for years indicates priority. Queer and trans students fighting tooth and nail for gender-neutral bathrooms indicate priority. Hundreds of students walking out of classes to stand in solidarity indicate priority.

We must continue to be a catalyst for change, and continue to provide an example to the University of what a priority looks like. This coming year, it is my hope that with $30,000 from ASUPS towards putting the Black Student Union’s One More scholarship and the LUCE scholarship on track towards endowment, and towards bolstering the LGBT Leadership scholarship endowment, the University will finally prioritize meeting the financial needs of students who have been excluded from our university. $10,000 from ASUPS towards extended office hours in CHWS for the 2016-2017 year won’t fill the gap left by the full time counselor not funded by the University, but it will be a start and will hopefully push the University to follow suit. ASUPS financial support for the Race and Pedagogy Initiative won’t safeguard its future on our grounds, but it will show the University that we care deeply about an education that forcefully disrupts the status quo. The new ASUPS Cultural Competency programmer won’t create a perfectly safe campus come commencement 2017, but it will show the University how badly we want an administration and board of trustees that strives for safety for our entire student body.

The pursuit of an equitable campus ultimately guided the Budget Committee in their funding priorities. We recognize that in pursuing these ambitious goals, and in pursuing a strong message to Jones Hall, we had to hurt. The ASUPS administration trimmed our budget, and clubs will no doubt also feel some of that hurt. But it is my hope that the mild discomfort we feel in these respects will help to alleviate the decades of excruciating pain marginalized students have felt on our campus grounds, and help move us towards a future where all of our students are able to be safe, supported, and thrive in our class rooms.

We also sought a more efficient budget. With tens of thousands of dollars rolling over into our capital account each year from unused club budgets, making them essentially untouchable except for purchases of reusable property, we decided we could more effectively allocate that money where clubs could access them through out the year for other costs. We allocated funding to fixed operating costs in club budgets, with the hope that clubs would place finance requests for variable costs like airfare and lodging when needed in the 2016-2017 fiscal year. This means that funding for variable costs, which often don’t get fully used and roll into capital at the end of the year, remain accessible to clubs who need it during the year. In line with that, the Budget Committee’s recommendation includes a near doubling of the ASUPS Finance Account to some $30,000, an account accessible to all clubs throughout the year, so that clubs have access to more money for variable costs. Coupled with nearly $200,000 in our capital account, ASUPS continues to provide robust resources through out the year for club funding.

The Budget Committee’s recommendation is the most efficient and effective budget I believe ASUPS has produced in many years, and will allow us to sustain clubs and the ASUPS team while also supporting those in our community who have been under supported and unsupported for decades. It is the budget of a University student government that stands at the cusp of change, along with our University as a whole. I hope you will continue to join us, as you have in this past year, in pursuing equity and justice on our campus and in standing alongside our peers who need our support now more than ever.

In solidarity and hope,