Campus admissions is slotted to join forces with the school’s social media department, and not just for marketing purposes.

“Every year we strive to admit the best students to our school,” an admissions official said, “but the standards for what makes a good candidate for the University have changed. You can’t really gauge how well a person will fit into the community from an essay and some test scores. That’s why we’re teaming up with the social media department—so we can really dig into a candidate’s persona.”

Recently, some corporations have come under fire for using social media sites such as Facebook to discriminate against applicants. This, however, is not holding back campus social media manager, Brett.

“Look,” said Brett, taking a long drag from his Turkish Royal, “it’s honestly the same as any other screening process, but with new technology.”

When asked what exactly it was they were looking for in prospective students’ social media platforms, admissions officials did not relay a succinct set of criteria.

“I don’t know, it’s just like, if they’re cool or whatever,” remarked a part-time student employee.

When asked if prospective students were regarded negatively if seen in photos with illegal substances, Brett shrugged.

Brett had no comment when asked what he meant by “je ne sais quoi.” When asked what kind of analytical background Brett had regarding social media behavioral patterns, Brett responded, “first amendment!”

Brett proceeded to aggressively monologue about Marxism, the demise of modern journalism and his carpe diem forearm tattoo.

“Hey, do you have a light?” Brett asked and when rejected, said, “I’m gonna need you to get out of my office. We’re done here.” 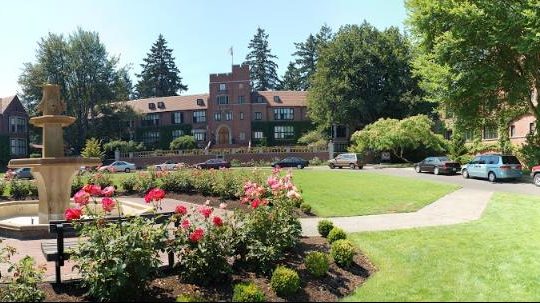