Technology is amazing, but when does it stop enhancing life and start inhibiting it?

Nowadays most students always have a smart phone, tablet or computer close at hand. Even though these items can serve a useful purpose in an academic atmosphere, more often than not they are used for methods of procrastination.

“I think devices are awesome and I use a lot of technology myself, but the majority of the ways we use these devices hurt us in terms of concentration and focus,” Rachael Gary, Learning Support Services Coordinator at Puget Sound’s Center for Writing and Learning, said.

Gary’s role at CWLT involves training and supervising the subject and writing tutors as well as teaching classes and workshops, including a course on effective time management. She provides students with organizational strategies and a list of time management apps to help fight technology with technology.

“I’d much rather focus on what is going on in the world around me and live in the moment than focus on what someone ate for dinner last night,” student Allexxa Brooks said.

This sentiment is on the rise as of late, but those who have attempted to delete social media accounts and distracting apps can attest that this is easier said than done.

Especially on a college campus, exposure to these distractions is virtually impossible to avoid, constantly tempting students to fall into bad habits.

But while technology has exacerbated procrastination problems in college communities, the rising market in time management apps may serve to remedy that to some extent.

Rescue Time is an app for both Mac and PC computers that runs in the background while students study and monitors how much time is spent word processing, researching or on various social media websites.

Gary recommends first using an app, such as Rescue Time, to help diagnose exactly where one struggles and to determine which apps would be the most useful. Different applications might work better than others depending on the student.

Other applications to consider are:

Users establish their own blacklist of websites and Self Control makes them inaccessible for a set period of time.

An app designed for the hardcore procrastinators and those who renege on studying promises, this website block cannot be removed even if the application is deleted, the computer restarted or the computer’s battery taken apart.

The only way to regain access to those websites it to let the clock run out.

Self Control for Study: app for Android

This is essentially the same app, just meant for Androids.

Users can set a specific amount of time each day that they will allow themselves to be on time-wasting websites after which the app will block it.

“The more and more our daily flow becomes influenced by distraction the harder it is to stay focused,” Gary said.

With so many ways to procrastinate, it can be difficult to StayFocusd, but with a little Self Control and a little Rescue Time it can be done. 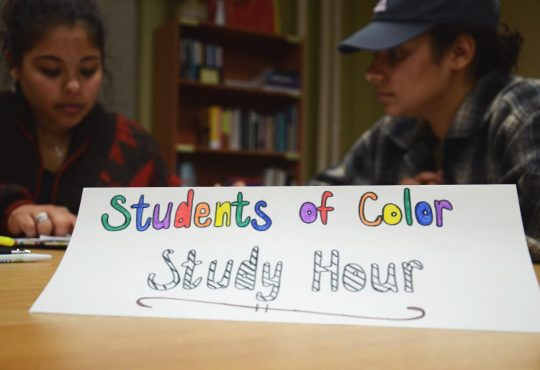