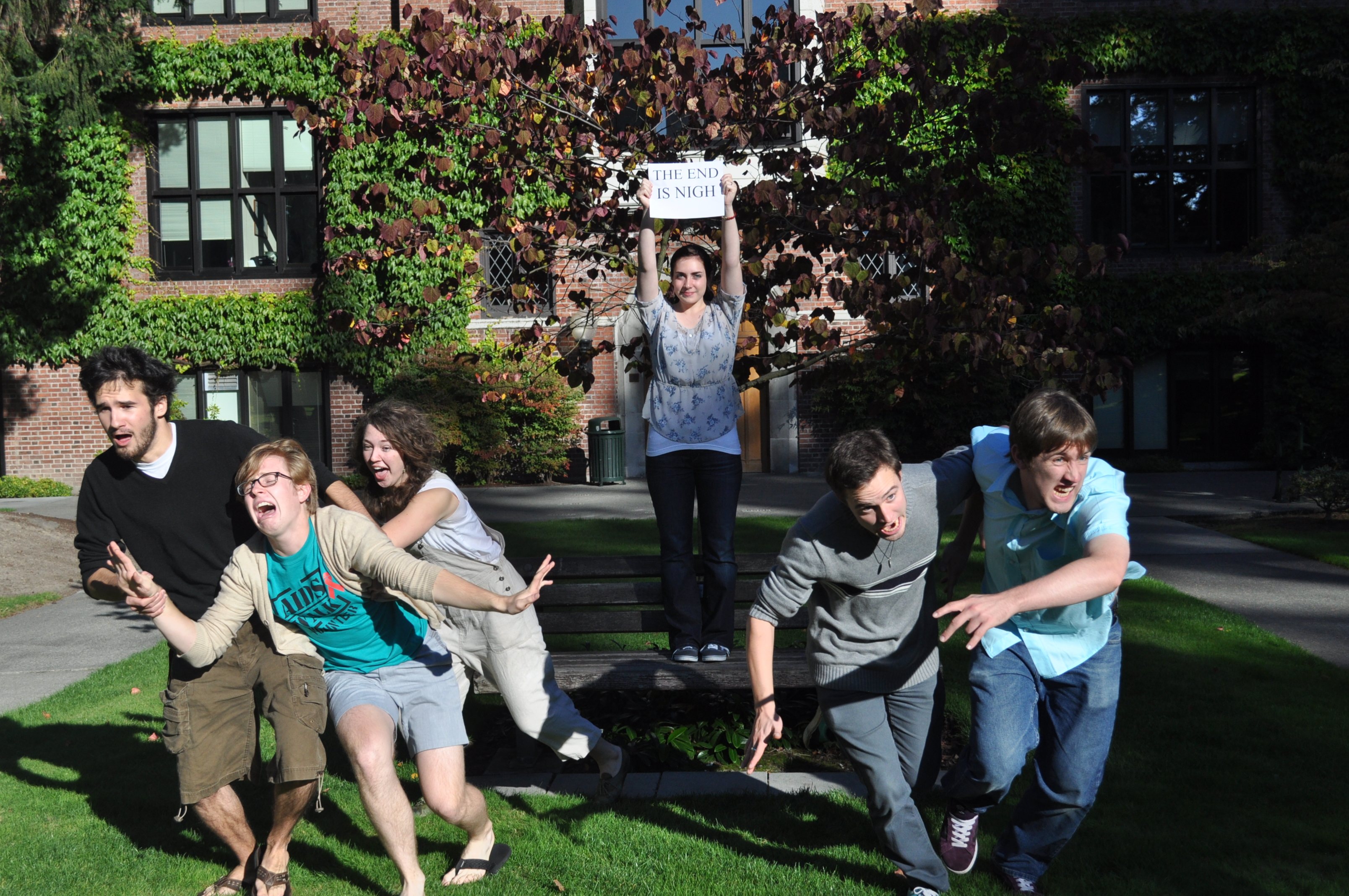 Panic on campus: chaos ensues after the football team wins their first game of the season against Pacific University, signaling the apocalypse and the ruin of all mankind.

In the celestial stables, everyone is in a state of commotion. Swords are sharpened, horseshoes fitted, and trumpets tuned. The archangels and riders are all gearing up for the big show: the Apocalypse. Pestilence, the rider of the white horse, looks down upon the Earth and sighs.

“You never think you get your chance in the spotlight,” Pestilence said in an interview. “I was starting to doubt whether this whole ‘end-of-the-world’ was going to happen. But thank The Boss that Puget Sound finally won a football game.”

Yes, in their first game of this season, Logger Football beat Pacific University 36 to 19, marking the final sign of the Apocalypse. A Logger win as the green light for Armageddon was actually plan conceived out of desperation.

“Truth is, the Antichrist was supposed to be born back in the ‘90s,” Pestilence said. “But, ironically, the woman he was planted in had an abortion. Absolutely no one saw that coming.” The abortion of the Antichrist threw the celestial realm into panic.

“The big guys,” he continued, “you know—Satan, Gabriel, You-Know-Who, You-Know-Who Jr.—they all had a meeting and decided on some new criteria for the A-Poc.”

The three events that, once completed, would signal the onset of the apocalypse were: the rise of a mule, the worship of the golden idol, and the Puget Sound football team winning a game.

Back in Tacoma, following their magnanimous victory, the Loggers have lost every subsequent game.

“Yeah, we didn’t keep up a winning streak,” explained junior and 2nd string cornerback Brandon Chopsky. “But since the world is ending and all, we’ve all had some pretty big revelations… Winning isn’t everything.” Indeed, at recent scrimmages, the football team can be seen hugging, talking about their hopes and dreams, and sharing thoughts on the afterlife.

An angel, who requested to be unnamed, said that the new coach received his post by the hand of Satan, in order to speed up the coming of the Apocalypse. Satan could not be reached for comment.

Satan’s hand in the football team’s victory caught Heaven by surprise. According to Pestilence, they all knew that a Logger-win would be the last sign fulfilled, but they did not expect it to happen for at least “…another two or three thousand years. We thought it was a joke when the messengers brought the news.” Every archangel in heaven began working overtime—which is just a saying, since archangels experience past, present, and future simultaneously. They had to fit 1000 years of work into one month. At press time, they were putting the finishing touches on everything and everyone seemed to be in high spirits, especially Pestilence:

“All us are pretty stoked,” he said, “it’s going to start with the moon and sea turning blood red. And then the celestial trumpets will sound and when the first seal is broken, that’s my time to shine. War follows me, then Famine, and Death will be the finale. It’s gonna be a helluva show…”

Pestilence chuckled and then continued, “I honestly did not expect Puget Sound to win a football game before at the year 4000. But it’s a great…wait…the trumpets! That’s my cue!” He joyfully places his helmet of fire on his head. “It’s time to Arma-GET-IT-ON!”