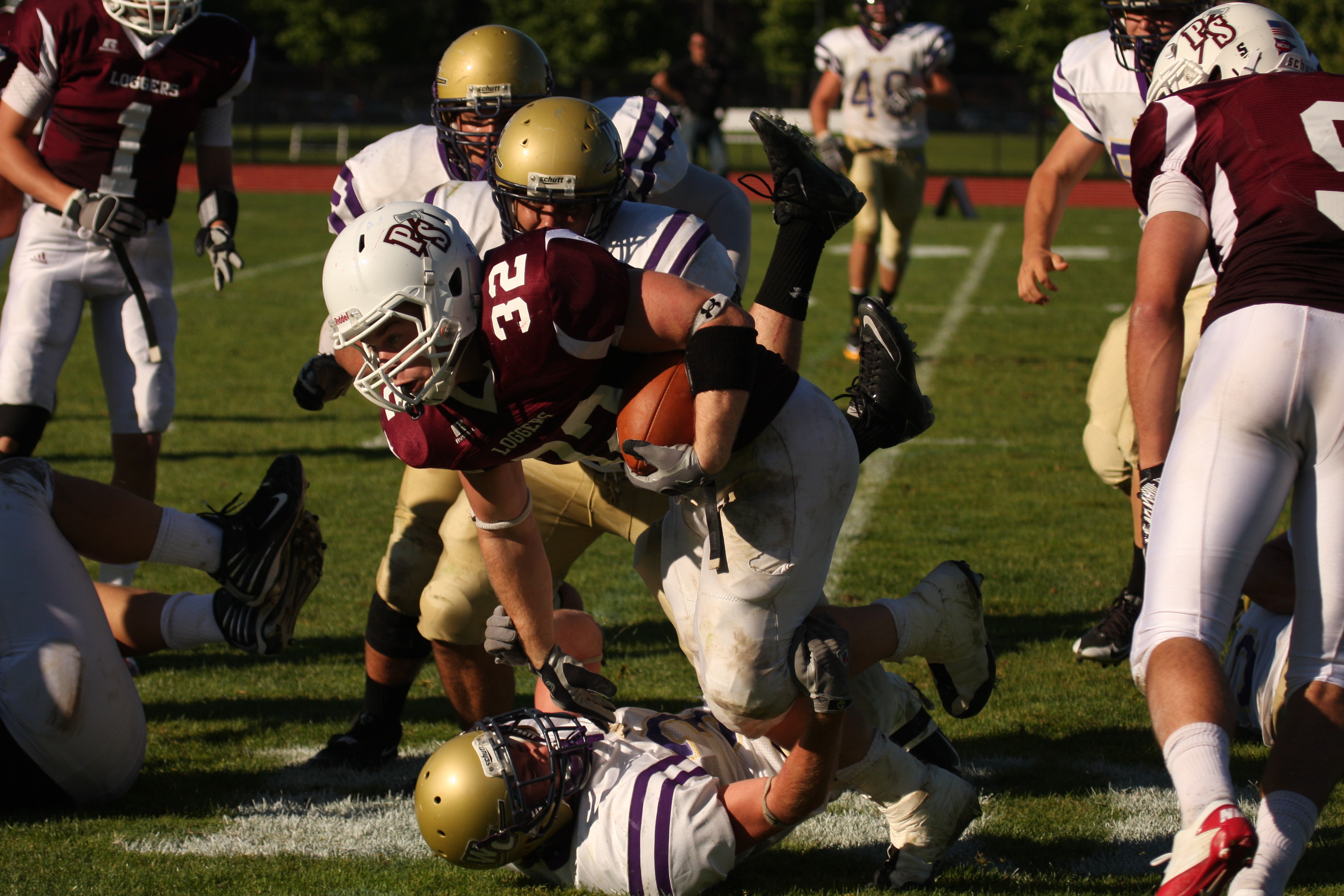 Saturday, September 25 brought beautiful weather to Baker Stadium for the Loggers’ third home game of the season against the Whittier Poets. There was a big crowd turn-out consisting of students and community fans alike.  Little did they know they know what lie in store as the teams battled through the longest game in Puget Sound football history.

This eventual marathon got off to a fast start seven minutes into the first quarter when senior quarterback Duncan White (Lake Oswego, OR) threw a five yard pass to sophomore wide-receiver John Martino (Redmond, WA) for Logger’s first touchdown. With one minute left in the quarter Whittier made a counter attack and scored a touchdown creating 7 – 7 tie.

In the second quarter, the Loggers’ offense went out in full force. Five minutes in, junior wide- receiver Adam Kiffin (Salem, OR) caught a three yard pass from White making the score 13 – 7. Whittier quickly caught up by running the ball 20 yards for their second touchdown, narrowing Logger’s lead. The Loggers’ offense shot back as junior Ryan Rogers (Tacoma, WA) caught a beautiful 29 yard touchdown pass to push the score to 20 – 14.

The third quarter ended up being very defensive with an abundance of interceptions from both sides. Sophomore corner back Nasser Abdelrasul (Salem, OR) intercepted a pass early in the quarter before senior Cory Dunn (Portland, OR) made the first of his three interceptions. With four minutes left in the quarter Whittier intercepted the ball and scored a quick touchdown, pulling ahead 20 – 21.

In the fourth quarter the Puget Sound offense was woke back up. Right off the bat freshman kicker Thiesen Chang made a 31-yard field goal, giving Loggers as narrow 23 – 21 lead. Whittier didn’t stay behind for long. A break-away run boosted the score to 28-23, but the Loggers weren’t done yet. White threw a long 46 yard pass to sophomore wide-receiver Lukas Diesing (Niwat, CO) for another logger touchdown. Diesing also caught the 2 point conversion pass from White, making the score 31 – 28. Whittier refused to lose by three points and with three minutes left in the game managed a 29 yard field goal that tied the score 31 – 31 and pushed the game into overtime.

What followed was a frenzy of agony and excitement as the game continued through six overtimes. The defenses from both teams ruled the grid-iron making it seemingly impossible for either team’s offense to pull ahead. The first overtime resulted in no touchdowns and turned into a double overtime after a Whittier interception off a pass play by our offense. The second and third overtime saw no change in the scoreboard, but tension built. The third overtime ended with a missed field goal by the Loggers which threw the game into a fourth overtime.

Quadruple overtime brought exciting offensive action. Senior running back Casey Larson (Coupeville, WA) made a drive for the goal line but was tackled about one inch away from the in-zone. Puget Sound fans exploded with the building tension. On the next play Larson made a 1yard run for the touchdown followed by another two point conversion, making the score 31 – 39 in favor of the Loggers. The Puget Sound fans were on pins and needles as Whittier took the offense watched in dismay as Whittier responded with a 20 yard pass for a touchdown, leaving the score tied yet again at 39 – 39.

In the fifth overtime defenses prevented any successful offensive plays although both offenses made desperate attempts to get into the end zone. In the sixth and final overtime the Logger offense couldn’t manage score and the game ended in crushing defeat when Whittier kicked a last chance 26 yard field-goal. The final score was UPS 39 – Whittier 42.

After the game, head coach Jeff Thomas, commented on the team’s effort, “We are a results oriented team. If our individual plays don’t lead to a team victory then we don’t think much of them.”

Even though there is room for improvement many fans couldn’t ask for a better effort. As a team, Loggers intercepted six passes, had 108 offensive plays gaining 389 yards, and played through six overtimes. They nearly broke the NCAA record for the number of overtimes (currently seven, from a game between Arkansas and Mississippi in 2003).

The game was justly summed up by senior, Cory Dunn (Portland, OR) “The team played their hearts out. We stepped up when we needed to. We’re really proud of the guys even though we lost, we stayed in the game. We’ve grown a lot as a team and now we are thinking ahead for Pacific Lutheran University.”