Black Ice Volume 2 to be released this November 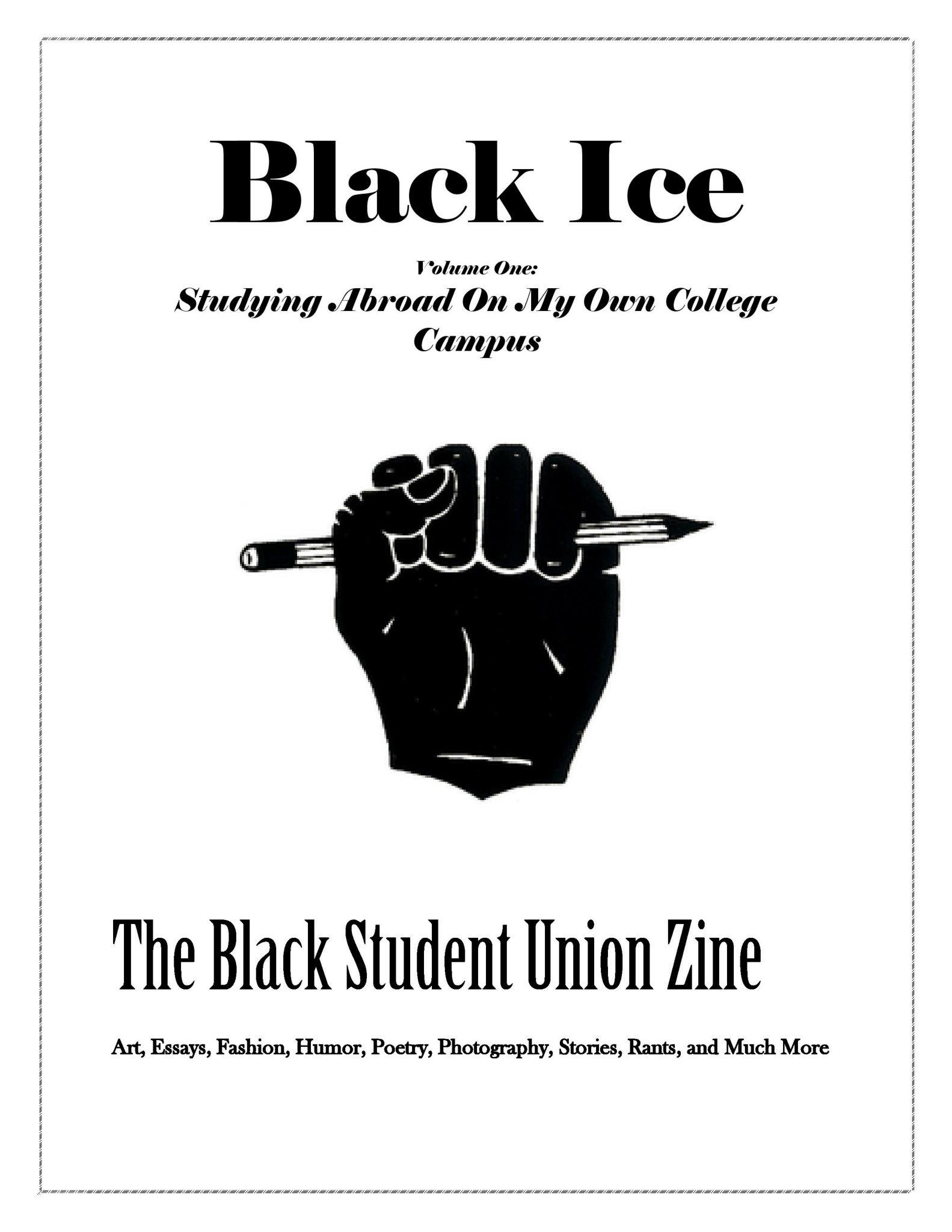 “The oppressed need to be given the freedom to speak. As People of Color, as Women, as Persons whose identities are outside of a white, male, normatively abled, heterosexual status quo, our voices are indiscriminately under attack at all times.”

The words of Taymyr Bryant soar from the pages of Black Ice Volume 1: Studying Abroad On My Own College Campus.

Black Ice is a magazine published by the Black Student Union (BSU) here at Puget Sound. Sandra-Rosa Bryant, former BSU President, conceptualized the zine in 2010 as a way to showcase the talents of black creators and encourage people to talk about race in a critical manner. It took a few semesters to get enough action behind the words and enough work behind the enthusiasm, but in Spring 2012 the first BSU zine was published.

BSU is a club on campus that brings together students from all backgrounds to meet and discuss topics of race, racial identity and racial relations. The organization meets in the Student Diversity Center once a week to engage in thought-provoking discourse. “I always feel welcome at BSU. There’s a misconception that you have to be black to be in BSU, but you don’t,” BSU member and SDC Coordinator Michael Aiyar said.

Black Ice is a magazine from BSU that celebrates the works of students, faculty, members of BSU and community members who submit anything in print form. Current BSU President Imari Romeo said, “The purpose is to highlight voices that are typically silenced or historically oppressed.”

A new volume of Black Ice is in the making, and BSU invites anyone who wants to participate to submit their works by Nov. 15 at zine.ups.bsu@gmail.com. Submissions may take the form of poetry, essays, cartoons, photographs or artwork. The plan is to publish one zine each year with the hope that there will be enough support to produce one per semester. “We look forward to hearing more voices on campus,”  Romeo said.

Vice President of BSU Danae Smith said the publication benefitted the club because students of color typically do not have much of a voice on campus.

“People don’t really know what it’s like to be a minority on a campus where there’s a super majority,” she said. The magazine is helping to make students on campus more aware of the different perspectives within the student body.

Romeo said she would like to see more non-black students get involved and submit work, as well as students of color who may not be affiliated with any SDC clubs, because it’s a way “to celebrate the voices and say, ‘Yes we appreciate your work, thank you for sharing with us.’”

The publication is due to be released this fall. First draft work is due Nov. 15, followed by a two-week editing process. The title for Volume 2 is still being decided during BSU meetings, so students are still welcome to make suggestions. Once the zine is complete, BSU will host a release party to view the finished product, eat pizza and converse.

Black Ice is a one-of-a-kind magazine aimed toward unveiling the real racial dynamic that is present within our society. Students may read an online copy of Volume 1 at soundideas.pugetsound.edu.

The Puget Sound campus is noticeably composed of one majority race, but that does not mean the opinions, ideals and thoughts are all one majority as well. Students are encouraged to take part in this collaborative edition from the voices of the underrepresented, unacknowledged or misunderstood. The start of one diverse publication such as Black Ice can soon lead off into the making of a new dynamic here at Puget Sound.