The Trail
HomeFeaturesThe question of Palestine: two states or one?
Features

The question of Palestine: two states or one? 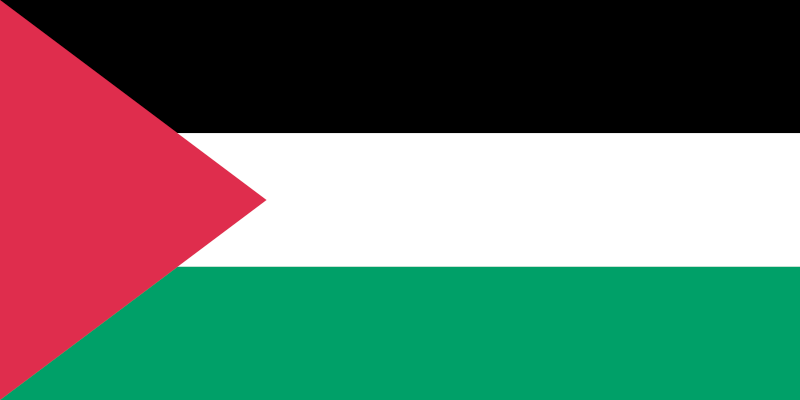 In the past 22 months, there has been massive upheaval in the Arab world.  Egypt, Tunisia, Yemen and Libya dumped their dictators and are in the process of reinventing their states.

Protesters brought Bahrain to the brink before Saudi Arabia used a military intervention to keep King Hamad in power.  Civil war is tearing Syria apart, and there is evidence that the conflict is spilling over into Lebanon.  Meanwhile, the longest running struggle in the post-imperial Middle East, self-determination for the Palestinian people, has reached its own crossroads.

A combination of 45 years of occupation, the separation barrier, demolitions of Palestinian communities and the construction of Jewish-only settlements and roads throughout the West Bank are creating facts on the ground that make the establishment of a viable Palestinian state less and less likely.

That leaves pro-peace/Palestine activists with some tinkering to do with their approach to the situation.  Is a Palestinian state still viable?  If it is not, what exactly does it mean to be a pro-Palestine activist?

Samer Anabtawi, a graduate student and activist at the University of Chicago from Jenin, Palestine, does not hesitate when giving his assessment of statehood for Palestine.  “I whole heartedly believe that it [the two-state solution] is dead,” Anabtawi said.  “It’s not because I don’t want it.  It’s because that’s what the reality on the ground suggests.”  His activism flows from this conclusion.

Instead of moving towards statehood, Anabtawi sees his homeland headed in a different direction.  “Palestine is moving towards an apartheid state, where a Jewish minority in the West Bank are ruling an indigenous majority.”

A recent survey conducted by Israeli newspaper Haaretz confirms Anabtawi’s assessment.  Currently, 58 percent of Israelis believe that they are already living in an apartheid state.  While only a minority support annexing the West Bank (38 percent for, 48 percent against, and 14 percent undecided), a definitive 69 percent of Israelis say that, if Israel formally annexes the West Bank, the 2.6 million Palestinians living there (including East Jerusalem, excluding Jewish settlers: CIA World Factbook) should not be given the right to vote.  Gaza, a small strip of land on the Mediterranean inhabited by 1.6 million Palestinians, was not given any mention in the survey.

With the Israeli populace in clear opposition to equal rights for Palestinians in a one-state solution, Anabtawi has directed his efforts toward educating people about the situation in Palestine and promoting the just treatment of Palestinians.  “We need international intervention, in terms of activism.  We need more people to step in and say, ‘no Israel, you cannot prevent Palestinians from having access to water … [and] roads.  You cannot just continue confiscating their houses’… There are nearly 5 million Palestinians living in Palestine today, and we cannot ignore their humanity.”

Giovanna Bettoli, an international student and activist at Occidental College in Los Angeles, still believes a two-state solution is viable.  “When people ask me… what do I want to do when I grow up, I say that, ‘I want to be unemployed sooner or later’, because I want to work on a two-state solution.”

For Bettoli, the direction of her work is not bound so much by what appears to be ‘realistic,’ but what appears to be most pragmatic.  “People have the right to take pride in the state that is theirs … having your own identity and keeping it safe are prerequisites to friendly relations between peoples.”

Without a guarantee of protection provided by the two-state solution, Palestinians and Israelis will both face threats not only to their lives and economic wellbeing but to their very identities as Israelis, Palestinians, Jews and Arabs.

“Israel wants to keep its Jewish identity … the flag, name of the country, [and other]  symbolic things, they grab peoples minds and hearts.  I’m sure no Palestinian wants to live under the Israeli flag, and I’m pretty sure no Israeli would be willing to change their flag,” Bettoli said.

In short, Palestinians and Israelis are not willing to sacrifice their respective identities, and as such, there is no reason for either side to abandon the two-state solution.

Two states or one, activists like Anabtawi and Bettoli believe that now is the time to act.  “In the past year after the bid for statehood [submitted by the PLO to the UN Security Council]… we can capitalize on this on college campuses to get somewhere,” Bettoli said.  Added Anabtawi, “People need to stand up and step it up, because the apartheid and discrimination against Palestinians are becoming more and more clear.  That’s why activism is needed today.  Without it, things are going to become much and much worse.”