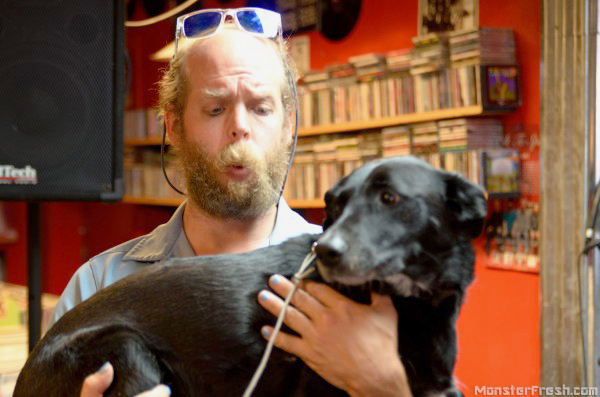 For over a century, the music industry was centered around the production of vinyl albums and their distribution in independent record stores.

“It’s the way they were meant to be heard,” Steve, owner of Rocket Records on Sixth Ave., argued. He advocates for the value of the tangible record over digital downloads, going so far as to refer to the downloads as “garbage.”

Record stores were once the hubs of music culture, where people young and old would unite over the common ground of a shared love for music. They could share music they enjoyed with others and be exposed to various genres they may not have sought out on their own. The proprietors of these stores oversaw it all and cultivated this unique community.

Luckily, Tacoma and Seattle are very musically oriented communities and still preserve these traditional independent record stores. Hi-Voltage records on Sixth Ave and Fife (next to Shakabrah Java) has been present and thriving for almost eight years, and owner Brian has few apprehensions about its ability to persevere within the changing music industry.

“Records are going to outlast any technology that’s going to come along,” he claimed. “They’ve already been here almost a hundred years … so they’re not going anywhere.”

Despite the accessibility of large quantities of music online, there has been a recent resurgence in the popularity of vinyl records. The current young generation that has grown up with primarily digital music is realizing that there is “something cool about holding a record,” and are “keeping the culture of the record store alive” which, Brian of Hi-Voltage records feels is “awesome.”

As I entered Rocket Records, Steve was deep in a music-related conversation with a customer, so his dog, which remains in the entrance of the store, came to greet me. There was much to browse in the front of the store, and many more racks behind that. He told me that his favorite part of working in this business was “find[ing] new treasures in people [he] meet[s],” emphasizing the value of person-to-person connection that is often lost among the online digital music market.

He values the prospect of discovery that is such a vital part of his business, and encourages his employees to always play something new, causing customers to come to the counter inquiring about what they have just heard.

He happily takes this responsibility because he appreciated it so much when he was younger, and “the guy at the record store,” who he eventually became, would introduce him to new music. Both owners mentioned that sharing music is one of the reasons they got into the business.

Rocket Records even takes it to the next level, hosting live bands on the weekends to attract local music fans. Live music is another important aspect of the music industry in danger of being replaced by the convenience of the Internet and the ability to simply look up a live video of any band.

A visit to these record stores will remind any music fan how music has the power to bring people together, and how much can be gained from this unity. I recommend dropping by and talking to either the owners or any employee and asking them for a recommendation, taking advantage of their musical knowledge.

Brian of Hi-Voltage records recommends the new album by J.D. McPhearson. He describes it as retro, rockabilly and bluesy while still very contemporary. Steve of Rocket Records claims to be very into the local music scene, but is also listening quite a bit to the new Motorhead album.

So if you’re looking for some variety in your musical experiences, give these friendly, local record shops a visit and be reminded of why they will remain a vital part of our culture.