The Trail
HomeOpinionsStirring the pot: The debate around marijuana legalization
Opinions

Stirring the pot: The debate around marijuana legalization 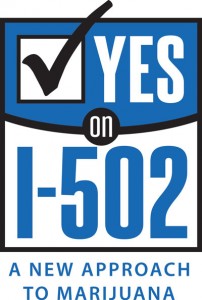 Slowly students are receiving their ballots. In less than a month, we’ll have elected a president. Up for vote in Washington this voting season is the legalization of marijuana. I personally don’t see the harm of legalizing the drug. Frankly, it could be worse. The idea of legalizing cocaine or heroin, I can assume, would be more deserving of the controversy surrounding this current drug legalizing issue. Sixty-three hundred thousand Washingtonians report using marijuana and while that may seem like a small number compared to the entire population of Washington (6.8 million), there is good reason to believe that the law will be passed regardless of the ratio.

Recent studies on marijuana’s effects on the brain show that it does not have terrible effects. Yes, marijuana does affect the brain in such a way that that use can diminish someone’s intellectual level, but those same studies show that after a few weeks, the brain has recovered. The only really negative effects of marijuana come with chronic use. People like to say that pot, marijuana, or “mary-jane” if you will, is not an addictive substance, but it is. People who have used for a long period of time and decide to quit show similar behaviors to those quitting harder drugs – withdrawal symptoms, irritability, inability to concentrate on the tasks at hand, and anxiety. Chronic pot smoking can also permanently affect your brains ability to process information and problem solve, and also increases the likelihood of mental illnesses like depression or schizophrenia. However, given that only 35% of pot-smokers nationwide are considered chronic users (100+ times per year), it is safe to assume that the majority of pot use is casual and won’t harm society as a whole.

Making something illegal also won’t stop people from finding the substance somewhere. For example, during the Prohibition Era in the 1920s, American’s still found ways to get alcohol. The Black Market will always exist. Even now, even though drugs are illegal, people still find them. There are still meth-labs and drug cartels all over the world. Making things illegal more times than not hasn’t stopped those things from happening. A more extreme example is murder. Killing another human being is illegal and can be punishable by death but it still happens. In my high school, it appeared that the majority of students smoked. The prospect of having to go to a Juvenile Detention Facility didn’t stop them from smoking their dope, or whatever they called what they were doing. I myself don’t agree with using marijuana, but I do acknowledge that even if it’s against federal law, it’s still going to happen in society. It’s been like that with nearly everything in history. Prohibit alcohol, people will still drink it. Prohibit murder, people will still kill. So, prohibit marijuana, people will still smoke and/or grow it.

Research shows that legalizing marijuana will most likely benefit society as a whole rather than negatively affect it. The recent law passed that raised taxes on alcohol could be imposed on marijuana as well. An article on about.com states that “if…marijuana were taxed similarly to alcohol or tobacco, it might generate as much as $6.2 billion annually.” This country is deep in debt and that much money annually could be used to help us crawl out of the hole we’ve dug. And once we’ve gotten ourselves out of debt, the money could then be used to provide affordable or free health care to citizens of the country – something which we could definitely use. The article also talks about how much the country spends on imprisoning those involved in marijuana cases. Seven-billion and seven-hundred thousand dollars would be saved if we legalized marijuana. Imprisonment is the most expensive form of punishment, and if we legalize on more thing, that’s less tax money going to pointless imprisonment.

One last reason I believe marijuana should be legalized is the danger involved in drug dealing. From watching shows like “Weeds,” we can see that even though pot is a minor drug compared to cocaine or heroin, there is still a lot of danger in the areas of growing and dealing the drug. The chances of being shot at or badly injured may not be large but the prospect is still there. And frankly, I don’t want people getting injured over something as minor as casual pot usage. If we legalize the drug, the danger will most likely disappear. Inter drug dealer violence will plummet, deaths and injury frequency will fall, and overall country happiness will rise.

As you fill out your Washington State ballots, keep in mind that it could be worse. If marijuana is not legalized, this country could very well end up in even worse condition than it is now. The benefits of legalizing it outweigh the negative effects.