The Trail
HomeHighlightsSpace: Is there any room to explore?
HighlightsOpinions

Space: Is there any room to explore? 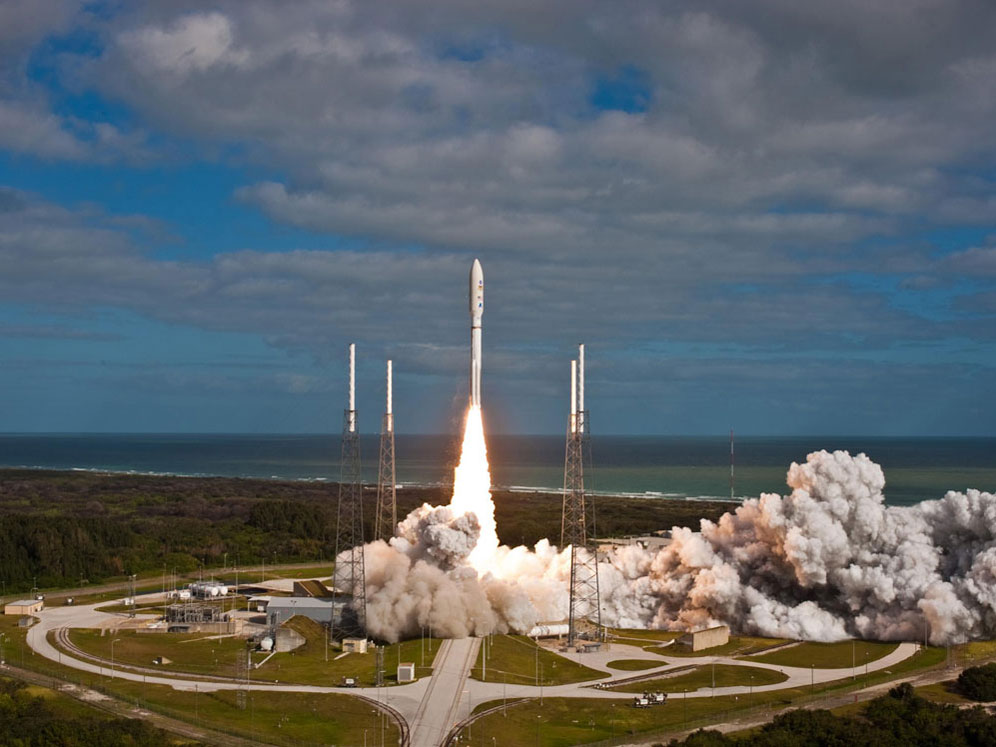 On Aug. 6, 2012, while much of the world was sleeping, the global scientific community watched a handful of scientists make history when the Mars Science Laboratory (MSL) successfully landed on Mars. Engineers at Pasadena, California’s Jet Propulsion Laboratory (JPL) had previously landed rovers on Mars, but none came close to matching the Curiosity rover’s 1,982-pound mass.

The earlier landing processes were rendered obsolete, and an entirely new “SkyCrane” drop had to be developed and properly executed in order to land what is nearly the size of a Mini Cooper on the surface of Mars.

More than three million viewers tuned into the live landing, and many public viewing events were hosted around the world.

Each featured the live NASA stream and many had hosts speak during the waiting period. Times Square was filled with pedestrians, Cal Tech and Pasadena’s Civic Auditorium were full of curious enthusiasts and Seattle’s Museum of Flight hosted a viewing party showing a live feed of Bill Nye’s curation of the Pasadena event.

The landing was a huge win for JPL, which has faced drastic budget cuts in recent years.

MSL accounted for much of the lab’s budget, and the future of JPL funding was largely believed to hinge on a successful landing. With so much riding on such a delicate maneuver, tensions were visibly high in the flight operations room prior to touchdown.

Budget matters have been made worse in recent years thanks to the recent recession.

Curiosity itself lost about a third of its jobs in 2008, and after the landing many began to question the value in sending a $2.5 billion robot to Mars when faced with such a poor financial situation here on Earth.

Initially, President Obama made it clear that he would not prioritize space science, first by effectively shutting down NASA’s manned space flights, which this article will not discuss, and second by marginalizing JPL’s already reduced budget.

However, some reports indicated that after the remarkable success of the Curiosity mission, renewed public interest had prompted the White House to reconsider its approach. It remains to be seen how the federal government will react to the landing.

At the Pasadena landing event Bill Nye actively encouraged those in the audience to register with the Planetary Society, a non-profit space advocacy group founded in 1980 by Carl Sagan. Further, Nye asked attendees to ask their Congressional representatives to support space science.

“I think there is something I like to call trickle-up economics. You invest in JPL and scientists start sending their kids to [the local high school]. What parents wouldn’t want to do that? Then universities start growing up nearby, and research dollars move in. It wasn’t that long ago that Pasadena was a kind of dirty, nasty place to walk around. Now it’s beautiful. That’s largely because of space exploration,” he said.

There seems to be a disconnect in federal priorities regarding spending on science.

Obama recently called for more well trained teachers, especially in the fields of math and science.

Yet, when it comes time to employ those who are trained in science the government does not want to pony up.

What happened to the “Race to the Top” attitude that permeated the American stance on space science throughout the 1960s and 70s?

Was it really just blind hatred of Communism and excessive muscle flexing that prompted the United States to take pride in its sciences?

Why have we as a nation lost the urge to seek and prepare for tomorrow, today?