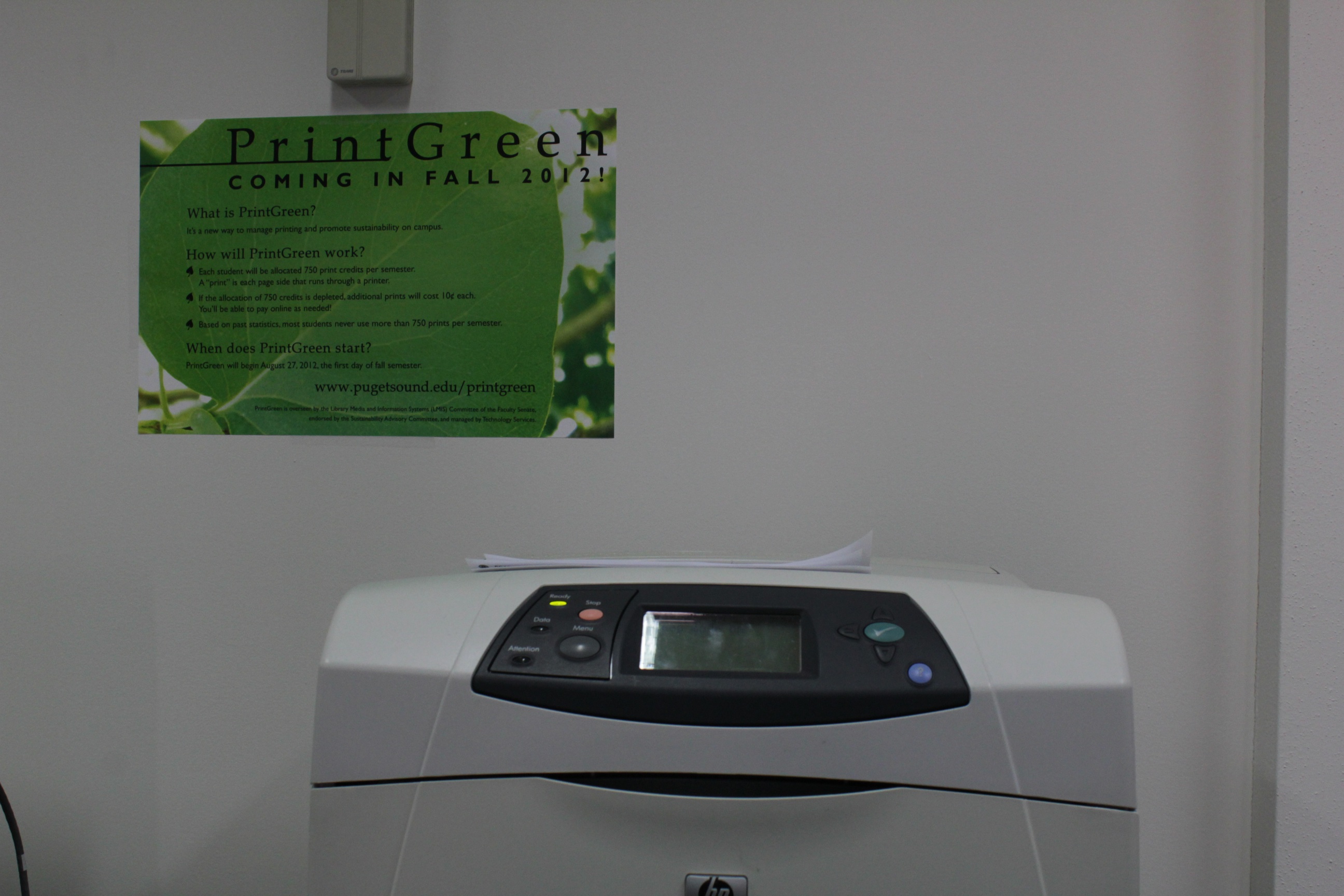 Returning students of UPS are familiar with the process of printing in the library for varying reasons from needing readings for a class or printing several copies of handouts. This year the library is implementing a policy in which each student has a limit of 750 pages they may print a semester; each page over that limit will cost and extra ten cents. This new policy is angering students because the majority of the student population only prints what they need for class. The new policy now makes it a necessity to stress about what you should or should not print. Theatre student, Jenna Gerdsen, is taking an Advanced Fiction writing class in which she and other students must print seven copies of six-eight page papers every week to give to other students in the class in addition to articles they have to read and bring to class. “I hate reading articles on the computer, I like to write and annotate on the pages, so I have to print long articles to read and bring to class” says Humanities student Marissa Freidman.

The Learning Commons use policy states on the UPS website, “It has become increasingly important to efficiently use paper and toner. Toner alone is quite expensive and during the regular school year at our current level of printing the toner cartridge typically needs to be replaced about every week.”

“I think that only having to replace the toner cartridges once a week, taking into account the number of pages students print throughout the week, is amazingly efficient” says Clara Sciortino, a Geology and Religion double major, “What bothers me is that they are advertising it as sustainability when since it doesn’t cost any more or less to print double sided, so clearly it is a money issue rather than an environmental action.”

The school advertised this campaign by printing mass amounts of full-page color advertisements in the form of fliers and notices in everyone’s campus mailbox and hung laminated posters throughout campus. Taking into account that the cost of tuition for full-time enrollment students costs $20,020 a semester ($40,040 annual), a portion of the tuition money should be able to cover printing and toner costs and remove the necessity for a print limit. That being said, students this year are taking advantage of the times when servers are down in the library to do all their printing without being monitored. Other students try to eliminate the necessity of going to the library for printing by buying and bringing their own printers to keep in their rooms and share with friends. Students shouldn’t have to feel like they need to bring their own printer so that they can print as much or as little.

The idea behind this policy is good as it makes people aware of their printing habits, however the implication of it is impractical and unreasonable. Instead of imposing a limit on the entire student body, the library should track individual student printing and only notify those who have excessive printing habits. The library had a system in 2010 in which students would send their pages to be print to a server where they would have to go to either confirm or cancel the print it if they changed their minds. This system was by far the most efficient because a student could print all their pages at once and had the option to delete the job if a student decided a print was unnecessary and minimized the likelihood that prints would be mistakenly taken by other students.

While the alleged idea of saving paper and toner in order to make the school more sustainable is noble, Puget Sound is clearly trying to save money in a way that puts an unnecessary burden on most students. Posing a universal limit on the whole student body is impractical and stressful.