In college it seems like all books ever do are collect dust on our dorm room shelves or clutter our backpacks, but what if in that mess of text books and paperbacks there was $1000? For the last three years, the Collins Memorial Library has essentially been doing just that.

The annual Book Collecting Contest, encourages students at the University to develop a deeper appreciation of print material and the value of owning such works, by encouraging them to find a collection out of what they may have at school and at home. The contest, in its third year at Puget Sound, awards the winning students with $1000, $500 and $250 for first, second and third prizes respectively, and puts thethe winning collection on display in the library in the fall.

The beauty of the contest, which is funded by the Book Club of Washington, is that while each submission must have a theme, they in no way have to be traditional or scholarly. Ian Greenfield, a Classics Major who graduated in 2011, won last year’s contest with his collection of science fiction and fantasy novels, which included works by J.R.R. Tolkien and H. P. Lovecraft. Other past submissions have featured collections on bicycles, Sunday comics, nautical books and tea.

Each submission includes an essay written by the collector, explaining each of the items in the collection and their related value to the theme, as well as a wish list of material they hope to add to the collection in the future.

Director of the Library Jane Carlin says the contest “demonstrates the value of a liberal arts education,” because the goal is by no means to have the most monetary value but instead, “to display your passions and interests for the whole community to appreciate.” It is her hope that contest will continue to encourage students to see the items they collect for more than just the information they provide, but as a valuable and meaningful possession.

“Hopefully, this contest will encourage students to gain a focus for their personal collections and actively continue adding to it. It is an opportunity to inspire a whole new generation of collectors in our community,” Carlin said.

The winner of our contest each year goes on to compete with students from 10 other universities across the nation, including Harvard and UC Berkeley, for the national book collecting prize, awarded at the Library of Congress in October. In 2010, Puget Sound’s first year holding the contest, our first-place winner, Andrew Fink ‘10, was awarded the national first prize for his collection on 20th Century Propaganda.

This year’s contest concluded with an impressive 19 submissions, which will be judged by one of the university’s librarians, a local collector and Mark Wessel of Seattle’s Wessel and Lieberman Booksellers. The University’s contest will conclude with a reception open to the community on April 19th that will announce the winners and feature information on the collections submitted.

So before you discount the mismatched collection of texts on your shelves, or decide against exploring one of the local bookstores as you walk by, remember the annual book collecting contest and the opportunity hidden somewhere in all those beloved books. 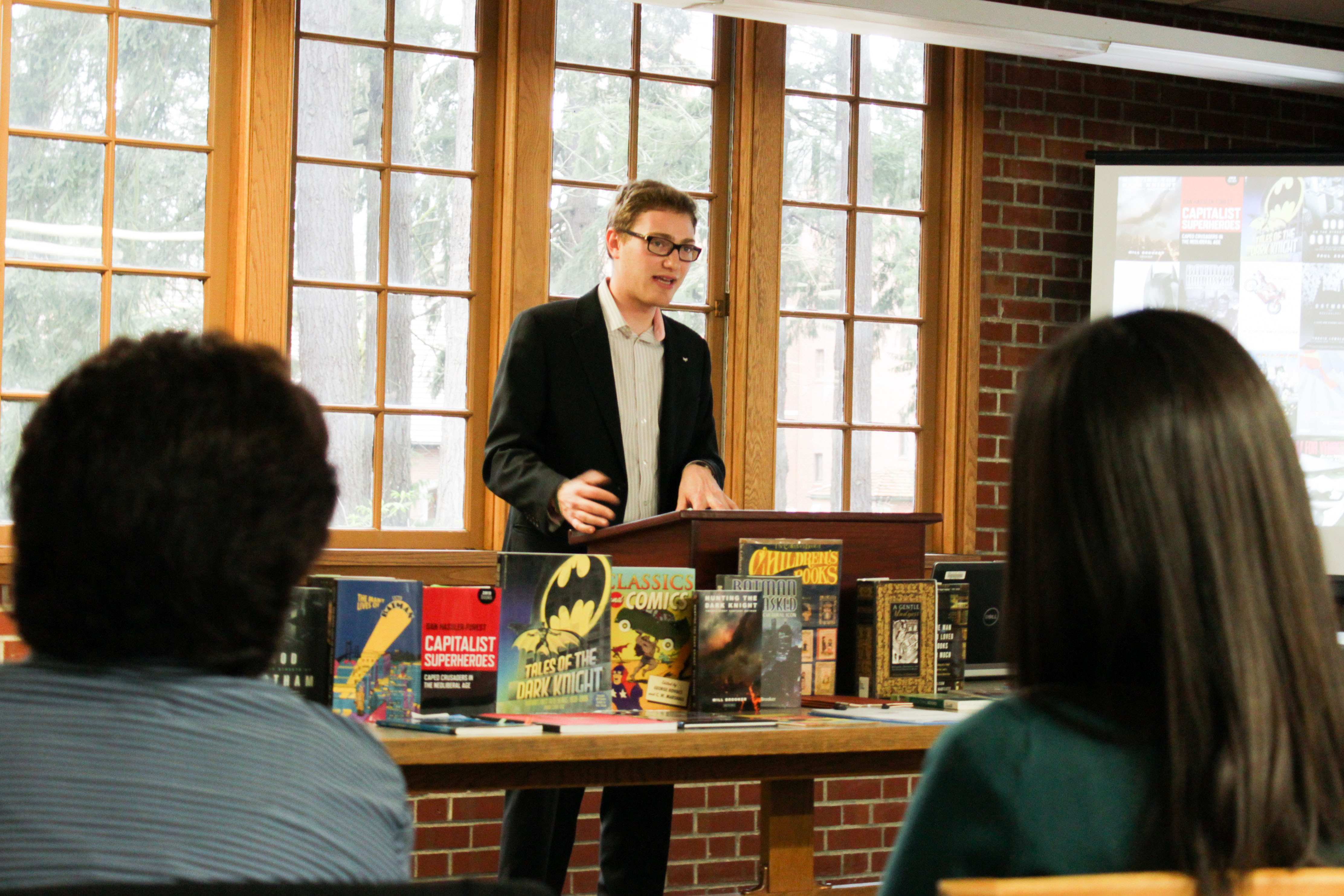 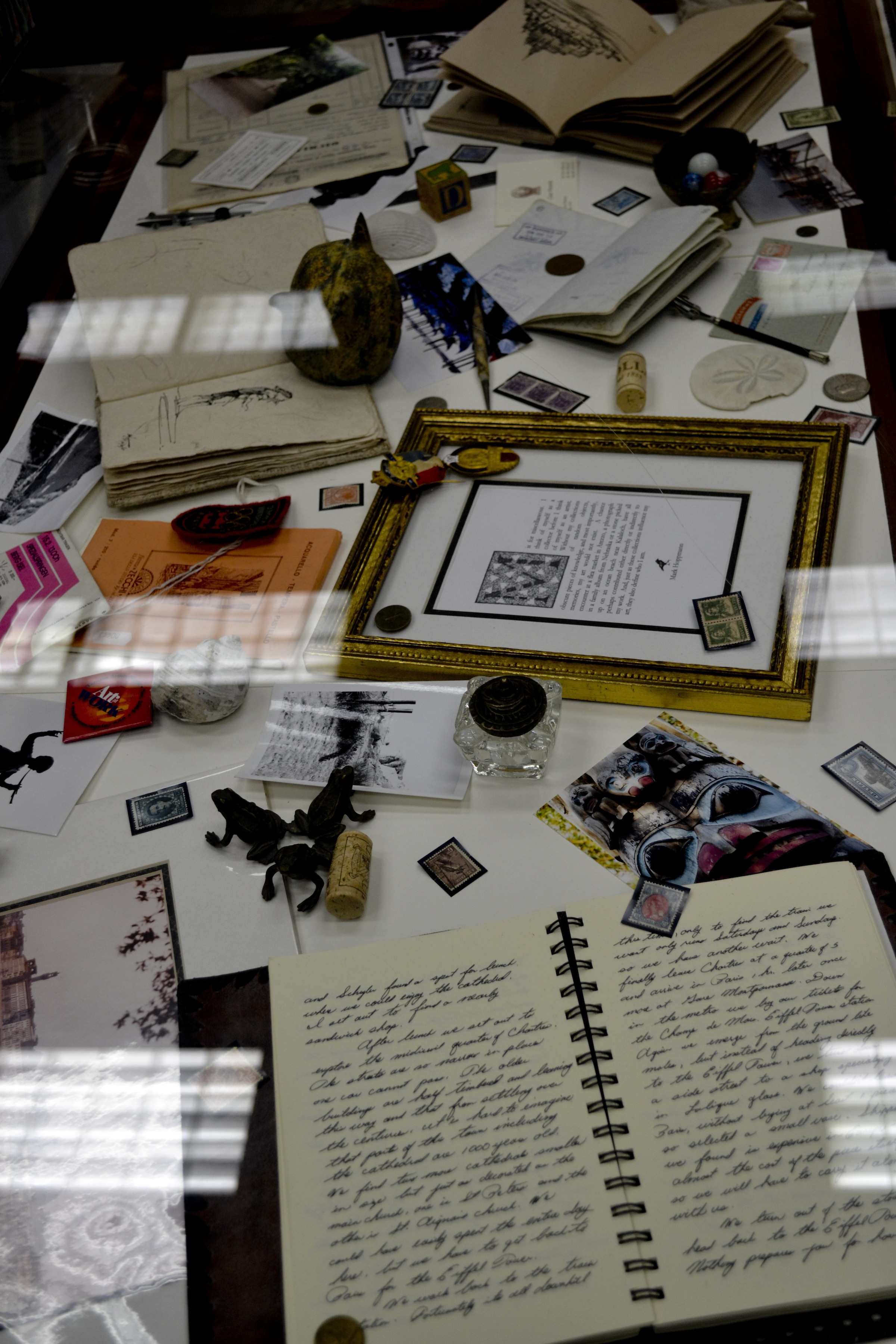 Tacoma artist Mark Hoppmann speaks about his illustrations in Collins