The Trail
HomeFeaturesFashion faux-pas: Nobody’s business but yours
Features

Fashion faux-pas: Nobody’s business but yours 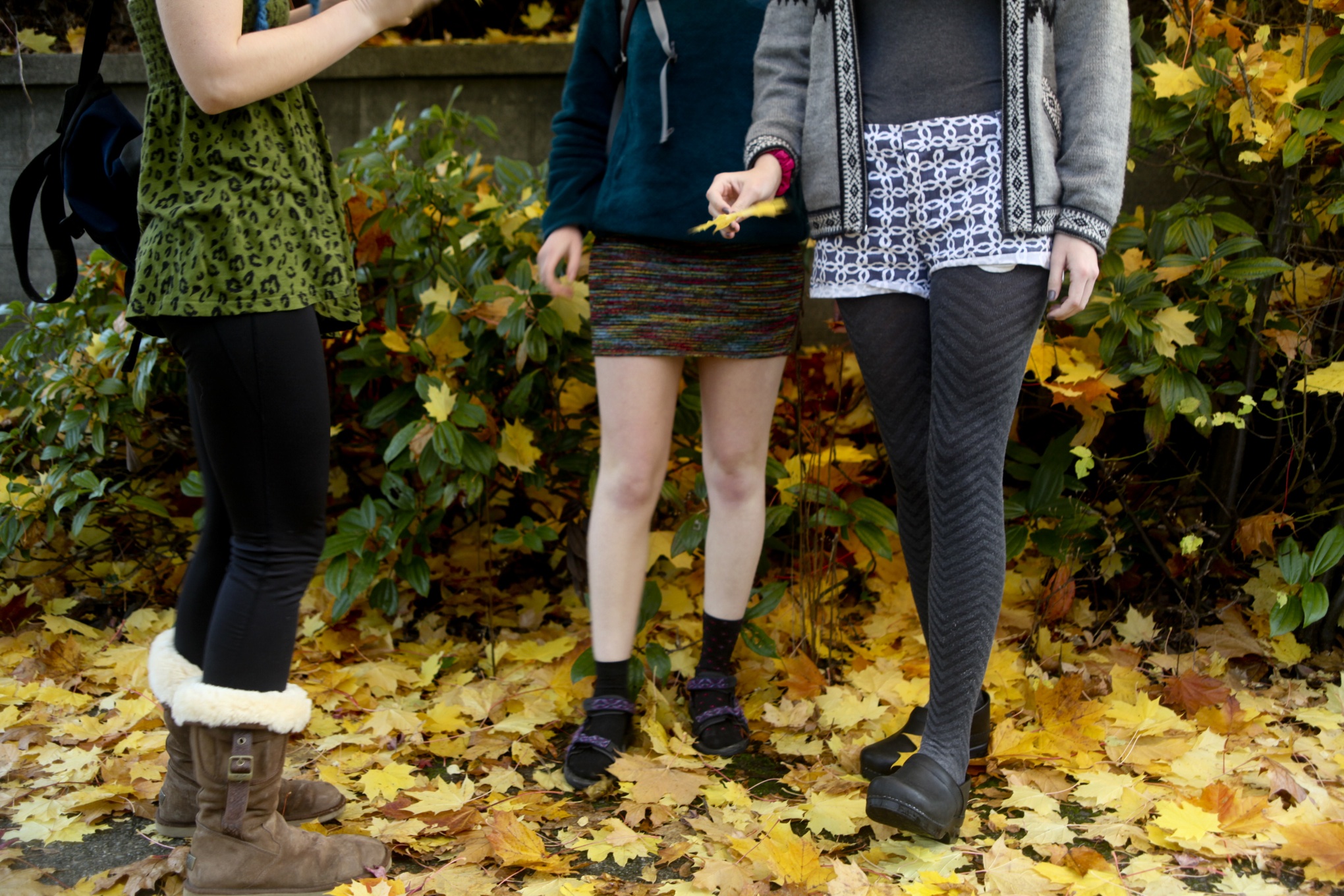 The fashion movements on a college campus change more frequently than a freshman’s major. Many of these trends are perfectly acceptable and comfortable, like cardigans or sneakers. However, there are many clothing combinations which should never have made it to the fashion world—or into any world at all.
Many times it’s women who are targeted for wearing inappropriate or ridiculous clothing, but bad fashion afflicts men, too. There are two common trends that seem to be the most popular among the male-types around campus: visible boxers and long socks with sandals. The first: the popular idea is to wear some form of baggy shorts or pants that show off the unmentionables underneath. Now that it’s winter, one would think their barely-clad cheeks are feeling the cold breeze. Granted, it may be comfortable to wear clothes in this way, but at what cost?
It also seems to be more popular to wear long socks with a pair of open sandals. What may have started as a sports fad, allowing athletes to simply slip on a pair of sandals after practice or a game so they wouldn’t have to wear sports shoes home, has morphed into an unstoppable craze that has become widespread across campus. This tendency looks comfortable, but it might not be considered stylish.
Another fashionable trend prevalent in both gender groups is jeans. Not just any old jeans, but jeans with holes. Both men and women are buying into this style, but why is it considered cool to buy a pair of jeans with holes? And if they don’t come with holes, then some people feel the need to make them.
Sometimes these jeans even cost more than jeans without holes. A small hole here or there isn’t really so bad, but is has become more popular to show more skin than clothing.
In stark contrast to holey jeans (or in not so great contrast considering the amount of skin revealed), are short skirts during the winter. Usually people will wear tights underneath in order to help beat out frigid air while still maintaining a sense of style, but the time is nearly past for the summer-y outfits more popular during the warmer months.
Tights, as stated before, can act as a remedy for the cold, but there are a number of people who have taken to wearing them simply as pants.
The debate about leggings has been overdone since they have become much more acceptable to wear instead of the common pair of jeans, but tights don’t exactly fit into the same legging/jegging/non-pant category. First of all, they are see-through, so anything underneath is obviously visible. Secondly, their original purpose was to be worn underneath some sort of bottom that happened to need a little more leg-covering.
Even though it has gotten much colder out they are still a popular item of clothing that students wear around campus. Uggs are making their appearance along with tights and leggings as well. Although slightly contradictory since tights and fuzzy warm boots are made for two different types of weather, they are a very popular combination.
The ’80s also seem to be making a comeback with crop tops, the half-shirts that show off a little more belly than really needs to be seen. This fashion statement seems more suited for warmer weather, but during the colder months it has become more common to wear them with undershirts or with a sweater. This modification is a good way to turn summer clothes into winter outfits.
Despite all the complaints about peoples’ fashion sense, it really doesn’t matter. In fact, people who can pull off these styles are almost admirable. As long as clothing is comfortable and the people who wear it aren’t embarrassed, then the opinion of everyone else doesn’t count. Being comfortable is the only thing that matters…except the underwear thing. No one wants to see that.